Rubia and the political popularity of dead heroes 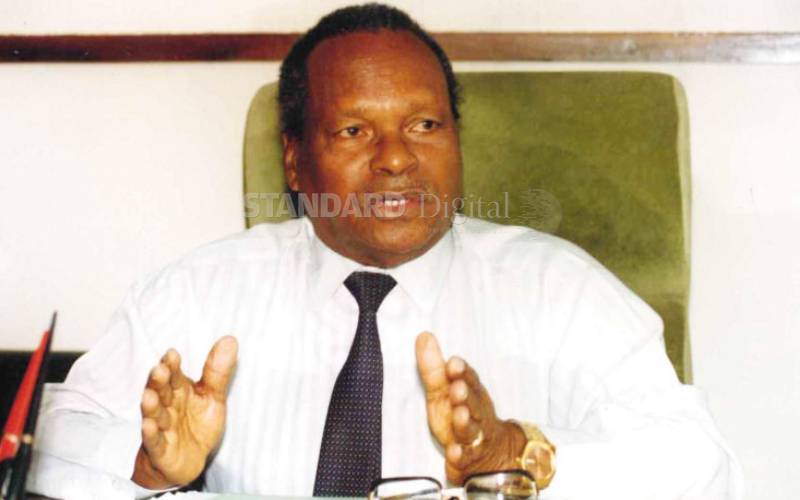 While politicians did the expected at the funeral of Charles Rubia’s at Karigu-ini village in Murang’a County last month, it was Muthoni Likimani and Edith Matiba who moved mourners. Muthoni Likimani, Rubia’s age-mate at 94, gave personal insights that no one else could.

She and Rubia’s wife, Hellen, were roommates at Kahuhia Girls and participated in the Charles-Helen courtship. In her tribute, Edith closely captured the mood in the country in 1990 when Matiba and Rubia (pictured) risked everything to call for multi-partyism. While Edith’s tribute captured the tense moments of the 1990s, it still did not properly capture Rubia the political man.

Rubia the politician missed his own funeral. He and Daniel arap Moi were age mates in life and politics. They joined political offices in the 1950s during the Mau Mau War, served in the Legislative Council of Kenya (LegCo) and were prominent at independence. As the first “native” mayor of Nairobi, Rubia’s impact was similar to Eliud Mathu’s 1944 appointment as the first “native” to the LegCo. In the 1960s, Rubia and Moi were movers and shakers in Kenya’s political pecking order.

Besides Rubia, politicians who dominated Nairobi in the 1960s were Tom Mboya in Starehe and Mwai Kibaki in Bahati. In the 1969 General Election, Kibaki barely won in Bahati against Jael Mbogo, after which he moved his base to Othaya, a secure constituency. Mboya had started shifting political interest from Starehe to Rusinga Island before he died in July 1969, a year of major local and global events.

Mboya’s political shift threw Starehe open for new players in the 1969 general election that made Rubia a member of parliament. Rubia played deep, especially when competing with Peter Kinyanjui. First, both displayed wealth with long campaign motorcades. Second, a two-pronged rumour spread that Kinyanjui used “Gatundu” money to campaign and that he had vowed that presidential escort bikes would never cross River Chania (read ‘presidency would remain in Kiambu). The effect was to mobilise voters in Nairobi who cross the Chania, to Rubia’s camp. After winning the 1969 election, Rubia stayed in parliament until the 1988 mlolongo fiasco

To his inner circles, Matiba enjoyed explaining that he resigned to avoid being fired over the radio “like Charles Njonjo.” Rubia lost the Starehe seat. But it was the exchange with former Vice President Josphat Karanja that showed Rubia’s fighting spirit. “Who made Karanja the prefect of Nairobi politics?” he thundered.

Although Matiba and Rubia remained in the political wilderness for the entire 1989, their popularity on the ground was on the rise. They became real political icons when in April 1990 they called a press conference to demand an end to single party rule.

They unsuccessfully applied for a license to hold a public rally at Kamkunji grounds on Saturday, July 7, 1990 and were detained on July 4 as Rubia emerged from July 4th celebrations at the American Embassy where he had privately argued with another veteran politician John Keen (now deceased) about the moves they had taken.

Yet, without a license and with the leaders detained, crowds showed up at Kamkunji leading to  three days of running battles with the police which collectively were baptised ‘Saba Saba.’ The two former Moi ministers became symbols of Kenya’s new political dawn. Others played catch up.

Both men came from detentions as sick people. Rubia developed a hoarse voice. Despite this, he endeavoured to share his wisdom, reflecting on his longevity, and grew into a kind of a Murang’a philosopher.

Rubia was heroic, not because he had been mayor and cabinet minister, but because he took principled stands when it counted. Though a politician, he was beyond politics.

Do whatever it takes to avert strike by lecturers

To date, however, they have not been paid, and the first payment has been pushed to July 2020.

By Jacqueline Mugo | 21 hours ago