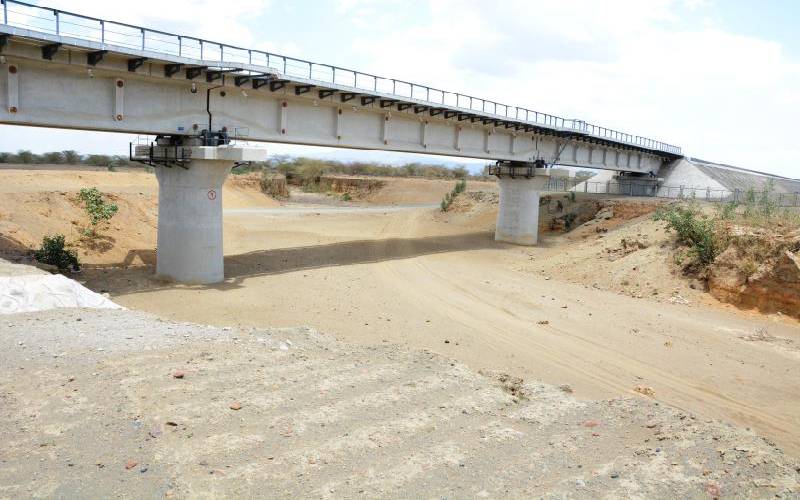 The past few days have been awash with news of how President Uhuru Kenyatta jetted into China seeking more funds to extend the Standard Gauge Railway to Kisumu, but jetted out empty handed. Over the past few 24 months, China has been on the receiving end for seducing naïve African Nations with predatory deals that favour China’s State capitalism and a few rotten-to-the-core tender buccaneers. Whether fact or conjecture, we should celebrate the aborted begging sojourn by the government of Kenya. Propaganda machinery at work Like it would be expected of any government, the government propaganda machinery went on a face-saving offensive, denying that President Kenyatta’s voyage in China had nothing to do with asking for more debt. It raises questions why the government didn’t deny these reports before the reports of China’s rebuff, and it seems the government is concerned more with covering the nakedness of President Kenyatta’s wanton borrowing than the consequences of a nation carrying a bloated public debt whose servicing is in doubt and with it the sovereignty and the pride of the nation.

Sadly, we never learn, and this should not surprise anyone who has been a keen observer of how President Kenyatta runs the financial affairs of the nation. Last year, I wrote on these pages how our budget for the 2018/2019 was misplaced and bloated at Sh2.5 trillion. Even a comparative analysis with our neighbours showed that Kenya has been living beyond its means, and experimenting on grandiose projects that had not been tested and whose financial feasibility had not been established. To this day, no one within and without government can defend the Standard Gauge Railway, The National High Dams Project, the Gallana Kulalu Irrigation Project, and such other projects which are now subjects of corruption investigations. Last week, the National Treasury published its budget estimates at Sh2.7 trillion. Given the warnings from both expert and pedestrian observers, it beats logic why National Treasury Cabinet Secretary Henry Rotich retains an expansionist policy year on year. The current estimate for the next financial year is set to enlarge the budget by 7.6 per cent to be financed by more taxes, including the National Housing Development Fund. This comes on the backdrop of majority of Kenyans opposing the tax, which the government sought to incoherently pass off as a saving scheme. Amateurs or professionals? This exposes the amateurish management of financial affairs that has haunted this country over the last six years of the Jubilee Administration. The most telling of this incompetence is the misuse of supplementary budgets by the government of Uhuru Kenyatta in his six years in office.

A supplementary budget is a request to Parliament for additional spending of public funds after the budget has been passed. Article 223 of the Constitution of Kenya (Supplementary Appropriation) states that the government may spend money that has not been approved by Parliament if the amount already authorized is insufficient or if the money comes from the contingency fund. This is a practical solution envisioned by the drafting of the constitution, but it is provided with an assumption that it should be used judiciously, and there lies in the problem. Former President Mwai Kibaki only issued three supplementary budgets over his decade of leadership, and in of those rare case, Kibaki decided to tighten the belt by cutting budget in his final year, 2012/2013 financial year, by 3 per cent. On the contrary, the Jubilee Administration has shown the highest levels of financial indiscipline by issuing a record nine supplementary budgets in its five years in government. The chronology of this is as under: 2014/15-two, 2015/16-two, 2016/17-one, 2017/2018-two, 2018/2019-two. In all these nine instances, not once has the government reduced its expenditure. It is always an increased appetite for expenditure funded by predatory taxes. It is in one of these gluttonous spending sprees that the government introduced VAT on very essential goods, including sanitary pads and diapers, thereby snatching the dignity of poor women across the country. Blame the CEO?

Going by precedence, it is possible President Kenyatta will have issued 18 supplementary budgets throughout his administration. Perhaps this is the only thing that will be his legacy, as all his spending methods only end up in the pockets of tender merchants or in white elephants. Even at microeconomic level, if a CEO always calls the Board every quarter to revise the annual budget, it is a clear sign they perhaps got the wrong person and the shareholders should be very worried. It is thus very easy even for a pedestrian observer to see how undisciplined the government has been in the management of our financial affairs. The people should put the president and his Treasury Cabinet Secretary to task on the apparent lack of planning and the clear failure of the government in its fiduciary duty. Mr Karugu is a strategy and analytics consultant based in Nairobi. [email protected]

The stark difference between countryside and urban businesses

Manufacturers must reinvent in wake of Covid-19

Manufacturers must reinvent in wake of Covid-19

Retail sector is crying for players to hit reset button

Retail sector is crying for players to hit reset button