How planning saved life and property in Baringo County

In November 2013, over 600 families were displaced and livestock swept away by raging floods as heavy rains wreaked havoc across Baringo County. Lives were lost and businesses and homes were destroyed.

To say the least, natural disasters are disruptive to people’s way of life and the economy. They impose on taxpayers’ massive cleanup and rebuilding costs.

Over the last 10 years, it is estimated that similar events have racked up more than Sh20 billion in damages and costs. Because of the strength and fury of natural disasters like droughts and El Nino, there will always be chaos to address in their aftermaths.

This is why Baringo County, one of the most vulnerable to natural disasters, comes to mind. One of the reasons it stands out is because of the action its leaders and development partners took last year to mitigate the consequences of El Nino.

Despite an early government alert, the recent El Nino rains brought tales of agony to many parts of Kenya, But in Baringo, unlike 2013 when floods caused death and devastation on farmland, infrastructure and facilities such as schools, the situation was different this time round.

Through the help of the National Drought Management Authority (NDMA) and funds from the European Union (EU), Baringo leaders established what they refer to as ‘The Situation Room’.

The situation room is one of the many activities and programmes supported by the EU under the Arid and Semi-Arid Lands-Drought Contingency Fund Project to mitigate effects of drought and other hazards, which explains use of the funds for preparedness in the 2015/2016 period. The Baringo ‘Situation Room’ was established to act as an El Nino monitoring centre where different designated people across the county reported El Nino related incidences to supplement an early warning mechanism.

The room became a hub for inter-governmental and inter-agency co-ordination of all El Nino preparedness activities in the county. Through ‘The Situation Room’, residents of Baringo were warned well in advance about seasonal rivers that had been flooded as a result of unexpected rains and other dangers. The enlightened residents were thus able to stay away from danger.

After its setup in October 2015, ‘The Situation Room’ not only pointed dangerous situations to avoid, but also informed about situations like affected families that needed relief food and other help after their homes were destroyed.

It became the melting pot for data collection, analysis and rapid response. The information gathered not only helped to prevent massive economic losses, but also saved lives.

In a way, ‘The Situation Room’ helped to address the main shortcoming in drought and natural disasters management, which has always been the weak link between early warning and early response to needy situations.

The success of this experiment in Baringo should be a good pointer to how collaboration between development agencies, county and national governments could help prop effective solutions to natural disasters and should be emulated in other parts of the country, especially Arid and Semi-Arid Lands (Asal) areas. The Baringo ‘Situation Room’ is not only testimony to how good planning and co-ordination can help save lives in times of natural disasters, but is also evidence of just how seriously the county government took El Nino preparedness and planning.

The room, which is situated at the county governor’s office, became a nexus around which stakeholders were rallied for enhanced monitoring and response to disasters, thus minimising casualties and loss of property to residents of the semi-arid county.

The allocation of drought contingency funds will significantly enhance the NDMA’s capacity for early action, particularly at this moment when signs of drought stress are emerging.

Why Kenyan is ill-prepared to deal with disasters

It would seem that somewhere along the way, a hierarchy was created within the education system that valued some career paths over others, pushing our youth to a very restricted and narrow definition of a ‘successful career’.

By Demas Kiprono | 31 minutes ago 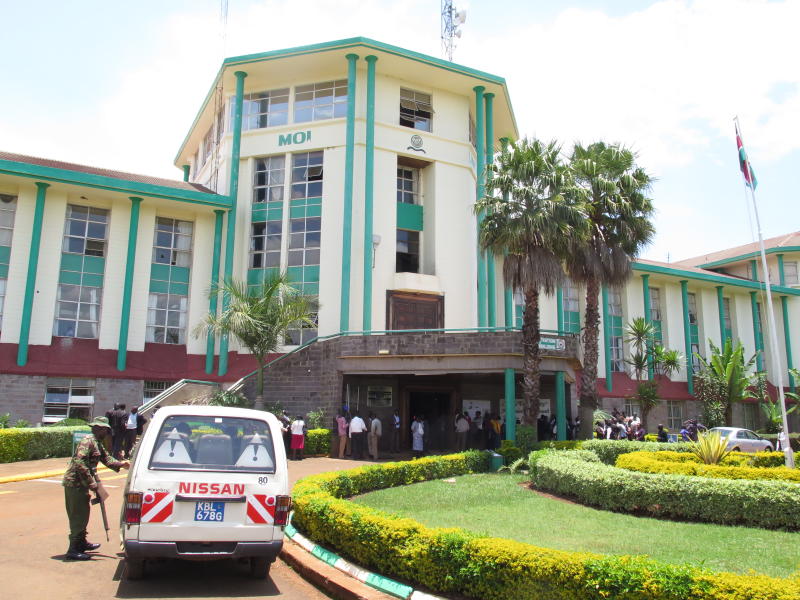 By Agumba Ndaloh | 16 hours ago

Increase capitation to save public universities from collapse
;
Feedback