The admission, though belated, by General Karangi that some soldiers participated in looting at Westgate and his detailed explanation of some of the events at the mall during the siege should be commended. It commences the process of restoring Kenyan’s faith in the military, which was fast dying as the military chiefs seemed to deny what was clear from day one;  something had gone terribly wrong at Westgate.

That restoration will be assisted by more transparency about the events of those four days including admissions where mistakes were made. Save for tactical information that may compromise operational issues, it is important that there be full disclosure so that we can file away this unfortunate incident. In a country where faith in institutions suffered a mortal blow many years ago, it is essential that our faith in the KDF is not injured.

The KDF is probably one of the remaining holdouts of public service excellence, professionalism and discipline and to even imagine that they would be involved in the sort of acts we hear of from some other armies in the continent is very distressing. My greater concern today is not so much the acts of the KDF but on the inability of public servants generally to acknowledge where misdeeds occur under their watch.

This practice always brings to my mind one of the more strenuous but intriguing seasons of my life when I practiced divorce law. There was almost an unwritten rule particularly amongst the men, to deny all accusations levelled against them by their offended spouses, even where there was overwhelming primary evidence of the misdemeanours.

Middle class should stand up and vote in good leadership

How Mumias Sugar was looted dry

Who can forget World Citizen No 1 Bill Clinton’s famous “I did not have… relations with that woman” and his sheepish admission to the obvious when the now famous blue dress appeared?

Kenyan public servants seem to have attended the same college with these men. If you think back to the history of Kenya’s public service, rarely do public officers admit to wrongdoing unless they are completely against the wall.

Any allegation of transgression is attacked from many angles, the most favourite being “they are targeting our people” refrain. Actually one of the few senior public servants who ever admitted to misleading the public was President Uhuru Kenyatta when, as Finance minister, he admitted, though also belatedly, to the now infamous Sh10 billion typing error in the 2009 budget.

Unfortunately for public servants, denial is increasingly an untenable option. Several realities have brought about the death of denial. On the one hand, the revolution in information-related technology and an extremely liberal media environment makes it impossible to keep information out of the public domain.

Who would have imagined that the activities of the powerful NSA would be in the public domain? With improved technology, any information or activity, even in the most secret of places, can be broadcast in Twitter and other social media in real time, without the censoring that routinely goes on in formal media.

Consequently every public official must assume that information that is intended to be hidden will eventually be in the public domain.

I am waiting with anticipation to see how the President’s corruption reporting website, which includes options of downloading recorded audio and video evidence of transgressions will impact the war against corruption.

The other reality is new constitutional and legal framework that makes the right to information a constitutional right, coupled with an increasingly assertive public who demand the enforcement of this right including through the judicial system.

In this environment, any public official or institution that desires to retain public faith must be at the forefront of facilitating disclosure. Public officials must, therefore, be at the forefront of disclosure, of taking responsibility for misdeeds, and hopefully one day, even committing the ultimate hara-kiri, resigning as an act of political responsibility. I obviously won’t hold my breath for the latter.

TWO YEARS ON: Survivors of Westgate Terror Attack pick up the pieces of life

In social places, he looks jovial and down to earth, he is known for demystifying power and wealth. But events preceding his election as president and even after he was sworn in, paint a picture of hands-on Pan Africanist president who is not only tough but also artful and calculative. 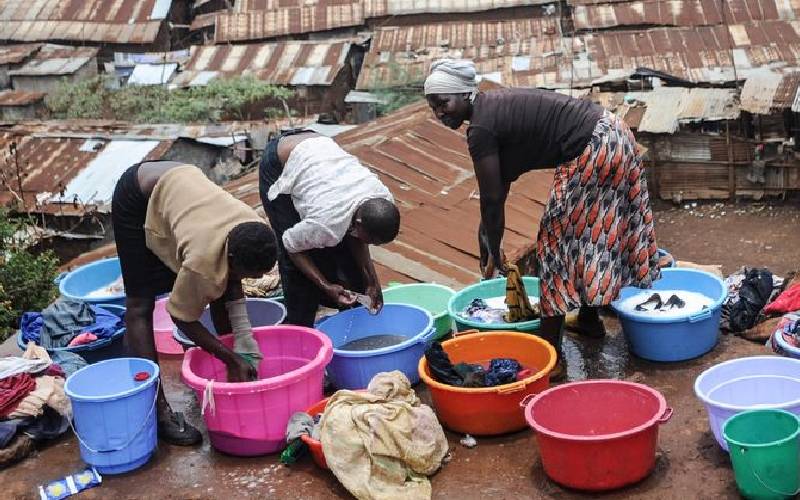 By Elisha Kamau | 9 hours ago

By Allan Kilavuka | 19 hours ago

By Francis Atwoli | 19 hours ago

By Mike Nyagwoka | 19 hours ago