Fifteen years ago, the avocado was not such an important commercial fruit in Kisii County.

But in the last six years, the scenario has changed because of deliberate efforts to commercialise the fruit and the involvement of local traders in the avocado value chain.

Kisii is largely an agricultural county, with favourable climatic conditions. The sector provides the veins that keep the county’s economy productive and employs more than 80 per cent of the county’s workforce.

The county now takes pride in avocado farming, which was initially done for subsistence purposes and on a small scale.

Yesterday, an investor AvoFresh Limited, set up in the county to start processing various avocado products for local consumption and export.

The company, which is based in Thika, buys avocados directly from small bio-diverse farms, paying a premium set price, thus bypassing brokers and guaranteeing the farmers' regular income.

The avocado value chain directly impacts 269,683 farmers, 648 individuals involved in the collection and more than 100 wholesalers.

The coming of the investor is part of the Sustainable Urban Economic Development (SUED), a UK-funded project which supports three priority areas of value chain support, inclusive of seed funding and capacity building.

UKAID team has been working closely with the county on the implementation of the programme.

Kisii is among the fastest-growing municipalities in Kenya where the UK government is implementing the SUED programme.

The municipality has adopted the Urban Economic Program which calls for infrastructure and capacity investment of Sh10 billion over the next 10 years, owing to the estimated population growth to double by 2030 due to urban migration.

The investor will be dealing with a farmer cooperative with support from the Agriculture Department to determine prices and supply of the raw materials.

Records indicate that the average production per avocado tree is given at 250kgs/year. This means the county produces up to 202 tons on an annual basis, making this an economically viable venture.

Further, records show that there are 34 major wholesalers of avocado in the county who export about 80 tons of fruit per day, with the peak seasons being between March and October.

The major varieties in the county are Kisii Landraces 70 per cent, Hass 20 per cent and Fuerte 10 per cent.

Governor James Ongwae said the county had registered the Kisii County Avocado Cooperative which brings together farmers from the nine sub-counties as a way of doing away with middlemen along the value chain.

“I know the current world prices for the avocado fruit are very attractive and urge you to give the farmers the best possible price, as a way of improving their livelihoods through a fair value chain and as a motivation to our farmers to expand avocado trees at the farm level,” he said.

Ongwae said his administration had put up systems to create, and promote an enabling environment for both the investor to operate and the farmers to get value for their hard work and for local economic development while creating employment along the value chain.

The land area for the processing unit is approximately two acres and is also adequate for proper waste management. 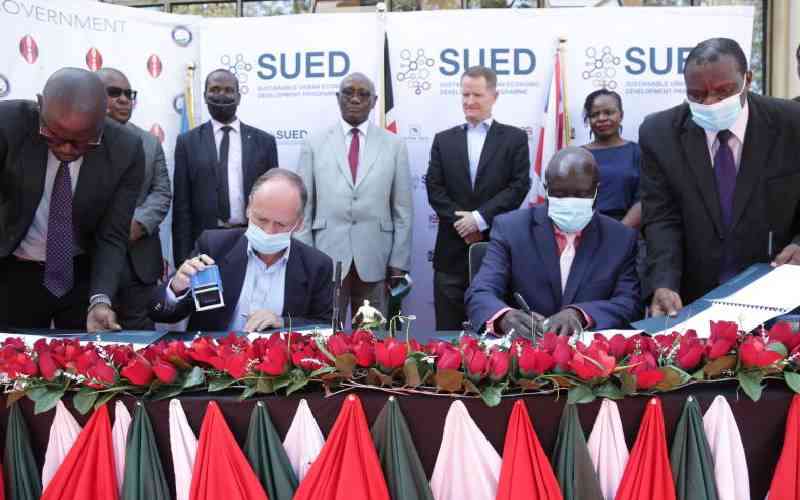 County farmers upbeat as bid to boost avocado farming pays off
The number of avocado trees in Kisii County has gone up to 809,049, on an average of 1,600 hectares of land.
Nyanza
By Eric Abuga
9 days ago
.