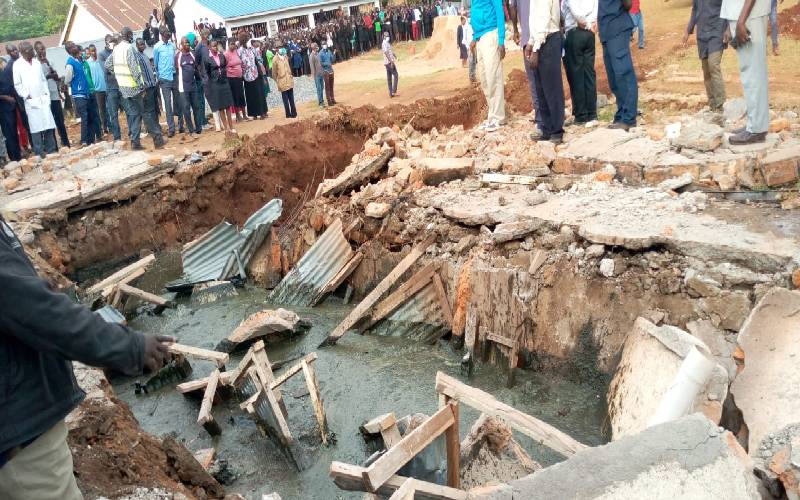 A Form One student died and three others were injured after a toilet caved in at Nyabondo High School in Kisumu County.

The body of the student was retrieved almost three hours after the incident.

Sources at the institution told The Standard that the toilet had been in a bad shape and caved in moments after the student had entered it.

Grief engulfed the institution as distraught parents and learners camped at the school to find out if only one student was affected by the collapse.

A teacher who asked not to be named told The Standard that the incident caught them by surprise.

"We are in the process of identifying the student who is deceased. It is a very unfortunate incident," said the teacher.

The deceased, a Form One student, died as the rescue team from the County government tried to save him after he fell into the toilet.

Governor Nyong'o has condoled with the family, teachers and colleagues of the student following the incident.

“The county government had dispatched rescue teams to the site who tried their best to rescue the boy in vain, said to be a form one student

According to witnesses, police have launched an investigation into the incident.

Police visited the scene after the incident.