Five policemen accused of killing a man at Kochia village in Homa Bay County, four years ago, have finally been charged with murder.

Michael Ochango, Silas Anyira, Bernard Maritim, Steven Owino and Wycliffe Chepto, appeared in court on Wednesday to face charges for allegedly causing the death of Sylvanus Owinji, a suspect they had arrested on September 17, 2017.

A warrant of arrest has been issued against a sixth officer, Edwin Moenga, who has since exited the National Police Service. Owinji died at Homa Bay Referral Hospital where he was taken after the duty officer at Rangwe Police Station declined to place him in custody due to his injuries. That was a day after his arrest.

Independent Policing Oversight Authority (Ipoa) would later launch investigations into Owinji’s death. It was established that the officers raided Owinji’s home on suspicion that he was dealing in bhang. “During the arrest, the officers used force and Owinji sustained injuries which a pathologist determined to be the cause of death,” said Ipoa in a statement.

Homa Bay on spot over rising cases of sexual violence, teen mums, HIV
There are increasing cases of sexual and Gender Based Violence (GBV), teen pregnancies and new HIV infections, which are not the ‘triple threats’ bedeviling Homa Bay County.
Health & Science
By Mactilda Mbenywe
5 days ago

Projects' future bleak as county bosses retire
Some of the projects gobbled millions of taxpayers’ money, but have failed to live up to their billing after contractors abandoned them.
Nyanza
By Standard Team
8 days ago

Hope fades for aspirant after ODM ticket revoked
Mr Abote had been cleared by the IEBC to run on an ODM ticket.
Nyanza
By James Omoro
8 days ago 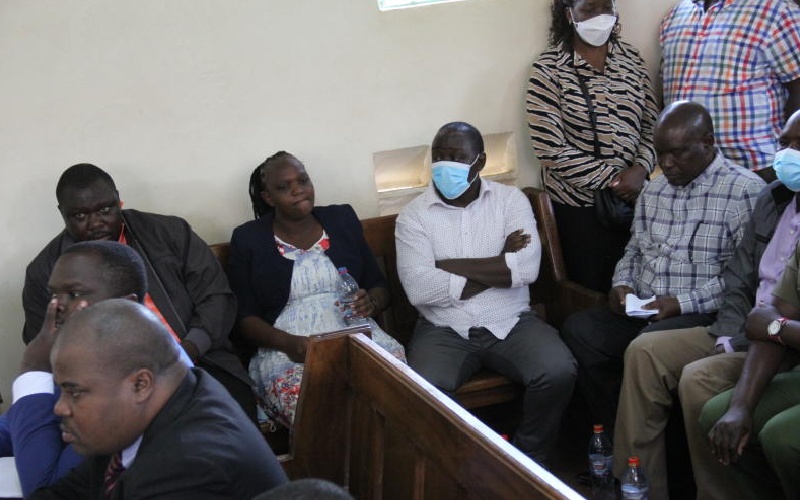 Former county officials in graft case slapped with Sh59m fine
In what came as a shocker to the five accused, the court also barred them from being elected for any seat or holding a public office in the next 10 years from the judgement date.
Nyanza
By James Omoro
14 days ago
.