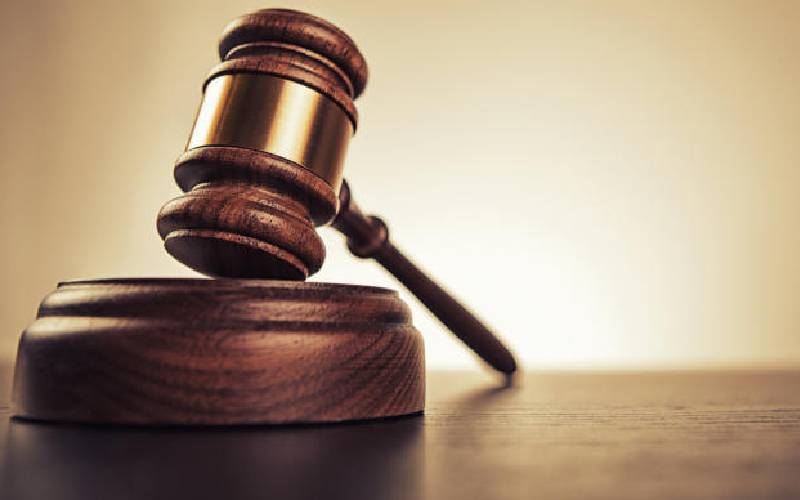 A 71-year-old man convicted of defiling and impregnating his 15-year-old daughter has now been slapped with a life sentence.

The man who separated from his wife and remarried was found guilty of committing the act between June and September last year in Kisumu County.

He had been accused of defiling his two daughters aged 15 years and 17 years.

However, the accusation linking him with the defilement and impregnation of his 17-year-old daughter was dismissed by the court.

The magistrate said although the victim had been rescued and now living at a rescue centre in Kisumu, the incident had left her traumatized.

“Section 20 (1) of the Sexual Offenses Act under which the accused has been charged prescribes the sentence of incest where the minor is below 18 years old to be life imprisonment. I proceed and sentence the accused to life in prison,” she declared.

During the course of the proceedings, the court heard the painful ordeal the minor went through at the hands of her father.

The girl said she had visited her father to pick foodstuff after he separated from her mother but the man turned on her.

She told the court how the man threatened her with a knife before defiling her, an incident that saw her become pregnant.

“He forced me to undress while threatening to harm me with a knife if I did not cooperate,” she told the court.

She said the following morning, she informed her stepmother about the incident but she was turned away.

She opted to report the matter to a village elder who referred her to the police.

Police arrested the suspect when the girl later was confirmed to be pregnant.

The baby however died at birth. The samples taken from the body for a paternity test revealed the accused was the father.

But the suspect in his defense denied the accusations claiming he overheard a doctor who attended to his daughter plotting to frame him.

In her ruling, the magistrate said the prosecution had proved beyond reasonable doubt that he committed the act.

According to the magistrate, the medical examination report positively confirmed that he had been involved.

The report however turned negative on the elder sister.

“The accused is found guilty of the offense of incest contrary to Section 20 (1) of the Sexual Offenses Act and is convicted,” said Enzere.

Zuma loses bid to overturn arrest days after turning self in

Inspector General Hillary Mutyambai on Thursday said the deployment comes after the loss of life, destruction of property and cattle rustling.
Share this story