By Stanley Ongwae | 1yr ago 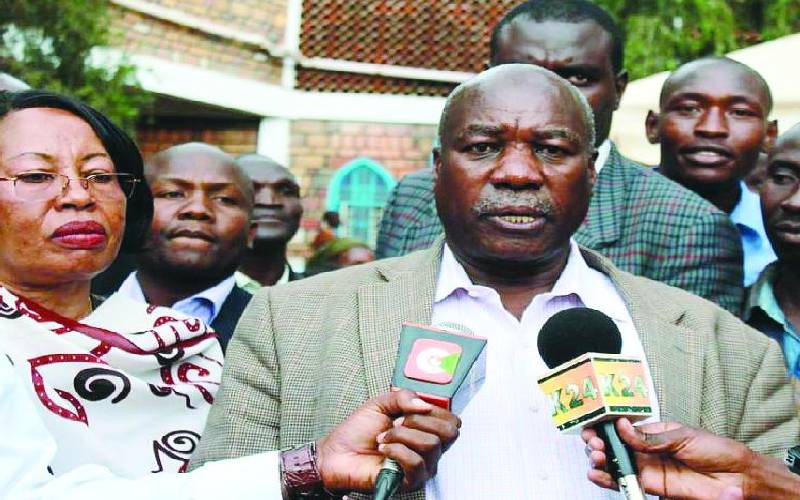 The stakes are high as the county assembly sits today to seal Gesami's fate.

A political duel between clans is fast taking shape, with today's business expected to be a culmination of two weeks of intense lobbying for and against Gesami.

Gesami (pictured), who is from Bogichora clan, is viewed by his detractors as a potential spoiler for some politicians who are yet to come out openly to fight him.

Behind-the-scene lobbying against Gesami is being championed by some bigwigs from the Orange House, the headquarters of the Orange Democratic Movement Party, in collaboration with some local MPs.

Those against Gesami's appointment are said to be lobbying for his rejection by Members of County Assembly. Governor Amos Nyaribo appointed Gesami as his deputy early this month.

Today, the report from the Appointments Committee will be made public on the floor of the House where the fate of the nominee will be determined.

During Gesami's vetting, on Friday last week, a member of the vetting panel is reported to have exchanged with an insider from Orange House over the nominee's membership.

The five-member Appointment Committee had raised questions on the matter.

Kenyans can smile again after Fifa lifts suspension
Football
By Sammy Kitula
19 mins ago
Premium Duck vs chicken: Which is lucrative?
Livestock
By Dr Watson Messo
51 mins ago
Premium Genesis of tyrannical, corrupt chiefs dates back to 1901
National
By Amos Kareithi
52 mins ago
African first ladies: Let's do more to end infertility stigma
Health & Science
By Rosa Agutu
1 hr ago
.

By Amos Kareithi 52 mins ago
Premium Genesis of tyrannical, corrupt chiefs dates back to 1901

By Dr Watson Messo 51 mins ago
Premium Duck vs chicken: Which is lucrative?