Following the death of Nyamira Governor John Nyagarama, his deputy Amos Nyaribo will be sworn in as the new governor.

Nyagarama's death in Nairobi was announced Friday morning, sparking a debate over his succession- with Nyaribo being the man to inherit him, constitutionally.

Until his entry into elective politics, the Deputy Governor who is a Chartered Accountant with a Bachelor of Commerce degree worked in Government and non-State organizations in senior managerial positions.

Prior to the 2013 elections, Nyaribo had made up his mind vie against Nyagarama on an Amani National Congress ticket.

Calls for probe into collapse of Assembly building

In the last minutes of submitting nomination papers to the Independent Electoral and Boundaries Commission (IEBC) in 2017, he changed his mind and instead became Nyagarama’s running mate.

Towards the end of their first term, Nyaribo had positioned himself against Nyagarama in major governance issues that characterised a troubled leadership in the build-up to the 2017 elections.

Towards the elections, Nyaribo vowed to vie as Nyagarama's opponent but later changed his mind but with conditions.

The two then entered into an agreement to run under a Memorandum of Understanding that made it possible for them to run as Governor and deputy governor respectively.

Nyaribo at that time was already issued with an ANC party certificate but campaigned alongside Nyagarama who was flying the Orange Democratic Movement (ODM) Party ticket with an agreement that they will run the government as equal partners.

After claiming the 2017 poll victory with 63,000 votes, the two formed a government but to Nyaribo's disgruntlement, Nyagarama could not toe the agreement of the MoU that brought them together especially when it came to recruitment of ministers and chief officers who would serve under them.

A fearless man and one who speaks his mind, Nyaribo declared war against his boss immediately after assuming their second term, something that provoked the Governor to act quickly by ironing out the matter with him.

The issue in contention was the appointment of Executives and also the move to remove ghost workers from the county's payroll. 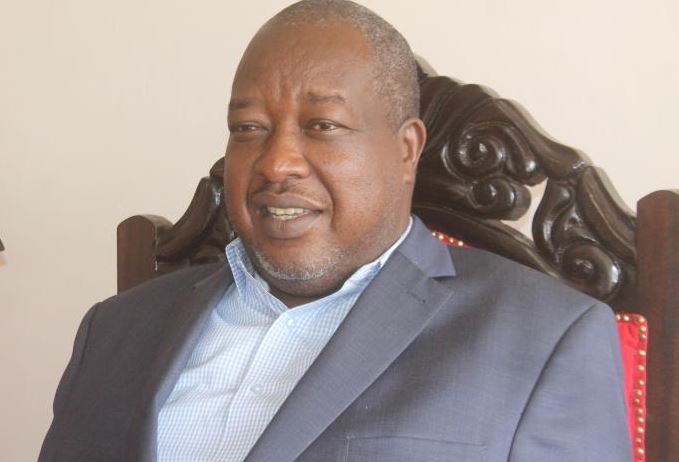 Nyaribo (pictured) has been outright and vocal in pointing out misdeeds in Nyagarama's leadership either by the boss himself or officers serving under them.

Most particular was the appointment of chief officers which Nyaribo said the Governor did not act as was agreed between them.

The DG has had a rough experience with some decision-makers in Nyagarama's inner circles. One such incident that stood out is where staff at the Office of the Governor drove in Nyagarama's official car to a public function attended by Deputy President William Ruto, but the Governor could not carry out any disciplinary action as demanded by Nyaribo.

The issue spilled to the County Assembly where a Committee was formed to investigate the staff who even threatened Nyaribo.

Nyaribo who is in his early 60s is a man whose intolerance of corruption has seen him on more than three occasions sound alarm even from within the county.

"We cannot sit and watch as public resources are squandered by people who should be arrested and prosecuted. There are thieves within the County who should be disciplined and the Governor knows this but no action so far," he was quoted as saying in 2019.

After his swearing-in, he will be inheriting a deeply divided government with those deemed to be against him being the majority, especially in the county cabinet.

After ascending to the reigns, the first move for the deputy governor will be to harmonize the polarized Cabinet which has half of its 10 members staying in office, courtesy of a court order.

Nyagarama had sacked five who immediately sought court protection, and were reinstated and ordered to serve until 2022 when the governor’s term ends.

By Caleb Kingwara | 1 day ago