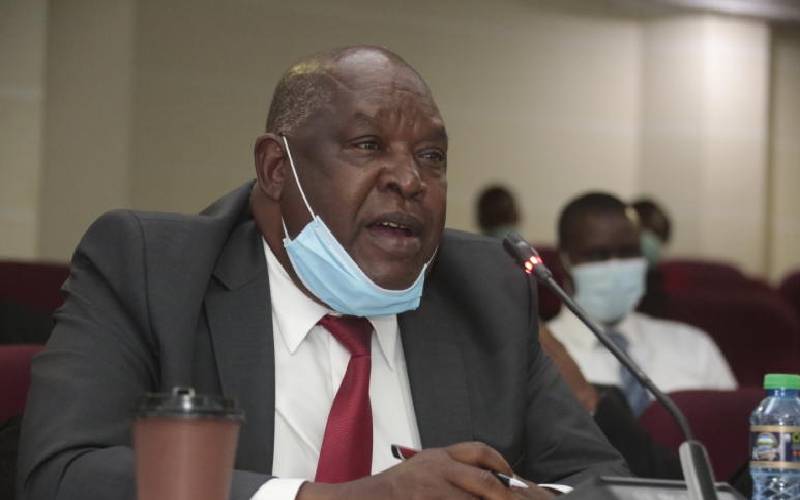 Nyagarama, 74, died early Friday at Nairobi Hospital where he had been admitted for two weeks. His family has confirmed.

County Secretary James Ntabo on Friday said the family is preparing to move the body to Lee Funeral Home.

"We have lost our governor but we will release more details after the family has settled. Information on the cause of his death will be conveyed by the family spokesperson."

When siasa gets hot, farming cools me

Reports indicate that the second term Governor died due to Covid-19 complications and had been admitted to ICU for one week.

Last week, area Deputy Governor Amos Nyaribo told the public that his boss had been admitted and requested for prayers.

On December 9, Nyagarama was said to be in a hospital recuperating from an undisclosed sickness.

The news of his sickness was confirmed by the county's director of communication Kennedy Ongaga at the time.

However, Ongaga failed to divulge any piece of information about the nature of Nyagarama’s ailment that had kept him away from the public eye.

He also concealed the details on the hospital in which he is admitted though it has now been confirmed that he was admitted in Nairobi.

Nyagarama was elected governor in 2013 after unsuccessfully trying the West Mugirango Parliamentary seat for two elections.

Before his election as governor, Nyagarama was a director of the Kenya Tea Development Agency where he served for nearly three decades.

He had resigned from teaching as an English Literature teacher, a job which he had held for about 12 years since his graduation from university.

His love for theatre and languages had him participate in various acting activities in both high school and university, with his favourite piece being Hamlet, which he could recite even on his sick bed.

In 2013 elections he defeated Charles Mochama and eight others to become the first governor of the county.

And in 2017, he won with a comfortable victory of over 7,000 votes to defeat his closest challenger Walter Nyambati and nine others.

He hails from Bonyamatuta Clan which is one of the largest Bagirango family in Nyamira county.

The governor's death comes two years after losing his eldest son George Ndemo at the same hospital where he passed away.

His son had stayed at the ICU of the facility for nearly three months, fighting breathing complications to which he finally succumbed.

He had also lost his first wife Dorcas Sigara more than 12 years ago.

He then married his current wife Naomi.

The governor, until his death, had eight children.