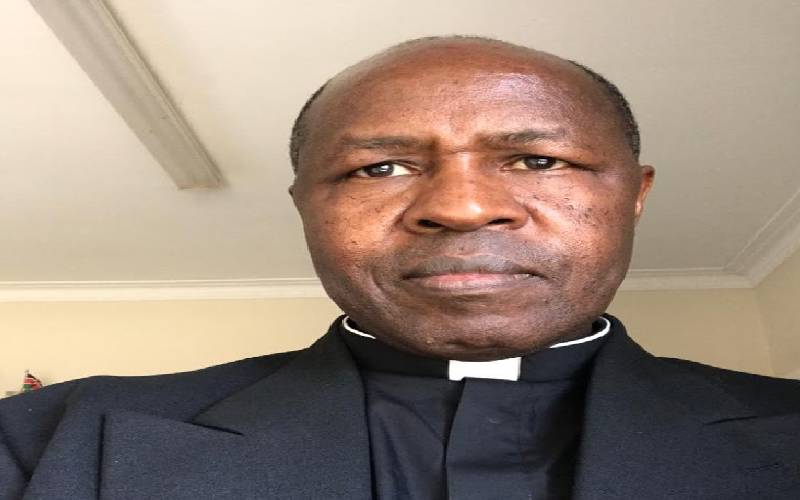 Following his appointment by Pope Francis on Sunday, Odiwa will be the third bishop of the diocese since its inception 27 years ago.

Odiwa was born on November 11, 1962, in Sori, Karungu in Migori County under the current Kiranda Parish and baptised in 1963 at Migori Parish.

Leso is the one who succeeded Odiwa as the area Vicar General in 2015.

He said Odiwa’s service in many parishes in the diocese gave him enough understanding of the area.

“The bishop-elect has served many in parishes here as a priest. We have received the news of his appointment with joy,” Leso said.

Kowaka said Odiwa will work hard towards enhancing development as he hails from the diocese.

“Our main expectation is spiritual development. However, institutional development is also important because the Catholic Church is known for the development of various institutions, which enhance development in society. We expect the bishop-elect to enhance them because he is a son of the soil,” he said.

Odiwa succeeds Rev Philip Anyolo, who left the diocese in January this year on promotion to become the Archbishop of Kisumu Archdiocese.

Odiwa’s appointment letter was sent to the Kenya Conference of Catholic Bishops by the Apostolic Nuncio to Kenya, His Excellency Archbishop Hubertus Van Megen.

Odiwa also served as Parish Priest of the Homa Bay Cathedral. He has worked in Asumbi, Rakwaro, Ng’iya and Nyalieng’a parishes as well as St John’s Seminary Rakwaro as a tutor.

The bishop-elect studied Doctorate in Canon Law from Urbaniana University, Rome between 2000 and 2005.

Odiwa is currently working at the Archdiocese of Adelaide, South Australia as an assistant Parish Priest and in-charge of Italian speaking community of the Annunciation Church Hectorville Parish as well as a defender of Bond Tribunal of the province of Adelaide South Australia and Northern Territories.

Kisumu set to get fresh look ahead of November summit

By Olivia Odhiambo and Isaiah Gwengi