President Uhuru Kenyatta has asked Kisumu residents to read the Building Bridges Initiative (BBI) report thoroughly and support it in order to promote unity and togetherness.

"Please support the BBI report so that we unite Kenya," he said while speaking at the ground breaking of the Jomo Kenyatta International Stadium in Kisumu.

His sentiments were echoed by former Prime Minister Raila Odinga who said, "We are going for a referendum and we want 80 per cent of Kenyans to say yes."

The president who is on a daylong launch of projects in the city also promised that the stadium will be complete by April 2021.

"Leo hii tuko hapa kuweka jiwe la msingi la kuhakikisha hii stadium ya Jomo Kenyatta imeanza. April tutarudi kufungua hii stadium kirasmi (We will be back to open this stadium officially in April), he said adding that Gor Mahia will be the first team to play a friendly match at the stadium.

He his headed to the Jaramogi Oginga Odinga Sports Ground next.

Uhuru is expected to launch the Kisumu Port, Uhuru Business Park and lay the foundation stone for the commencement of construction of the Jomo Kenyatta Stadium.

Earlier, Standard Digital established that it was all systems go at the Mamboleo showground in Kisumu, with anticipatory and eager crowds forming as early as 9 am on Thursday.

The president who is on his third day in a tour of the Nyanza region, will be spending the day in Kisumu.

Uhuru is said to have spent the night at the Kisumu State Lodge, from where he will meet the Kisumu County leadership in the daylong tour and launch of projects steered by the National Government.

Kisumu residents are buzzing with high expectations of the visit from both leaders as they expect Uhuru to address a myriad of issues, including touching on the just released Building Bridges Initiative (BBI) report.

It isn't the first time Uhuru is on a tour of the region, the home turf of ODM Leader Raila Odinga.

In August this year, he made a made a low key visit to the lakeside city, spending only 40 minutes touring the newly refurbished Sh3 billion Kisumu port on the shores of Lake Victoria.

Last year in September, Uhuru once again made an unannounced stopover at the Kisumu International Airport, catching a number of security chiefs, and residents unaware.

Authorities then told The Standard that the president flew into Kisumu to "change planes" and that there wasn't much to read into.

Yesterday, Uhuru toured Kisii and Nyamira counties, a day after presiding over the Mashujaa Day National celebrations at Gusii Stadium.

He also launched the much-awaited BBI report at the Kisii State Lodge, while asking Kenyans to read it thoroughly.

A breakdown of the report will be done on Monday next week at the Bomas of Kenya, Nairobi.

Kisumu is seen as the centre of revitalisation of the economy in the region.

The national government through the Kenya Railways has also started reconstruction of the old meter-gauge railway line from Nakuru to Kisumu.

The Government has approved Sh4.9 billion for construction of the 63km Kisumu-Mamboleo-Chemelil-Muhoroni road.

The Sh1.7 billion oil jetty, which was launched by the President two years ago is complete. 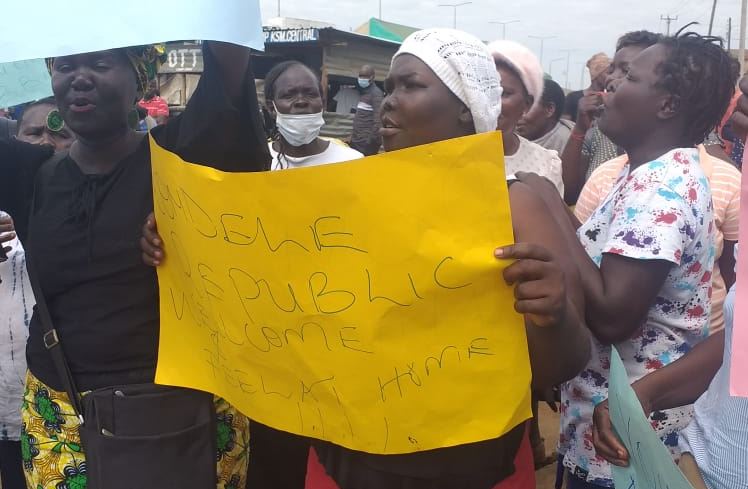 Maxwell, 58, has pleaded not guilty to helping Epstein recruit and groom underage girls as young as 14 to engage in illegal sexual acts in the mid-199