Faces of BBI: Who did what

After the disputed August 2017 General Election which was nullified by the Supreme Court on grounds of credibility; Kenya was at crossroads.

Two political factions were pulling in different directions. The Jubilee Party and the NASA Coalition commanded the biggest political following in the country and their fierce rivalry had a detrimental effect. With the repeat presidential election coming in October 2017; President Uhuru Kenyatta was destined for victory after ODM leader Raila Odinga pulled out the race.

The country ushered in 2018 experiencing the cracks inflicted by the divisive political contest. A landmark political event would then come into place on March 9, 2018, when Uhuru and Raila shook hands to bury their political differences.

The two promised to work together saying their gesture was meant to heal the country and steer the economy to the next level. They revealed that part of their agreement was the constitution of the Building Bridges Initiative (BBI) team- a pool of experts, which the duo said would examine the gaps leading to fierce political contest in the country.

On October 21, 2020, the BBI team of experts accomplished their mission and handed over the final report to President Uhuru and Mr Odinga at State Lodge in Kisii County.

Standard Digital looks at the main players that conceptualised, popularised and actualised the BBI, which is set to entrench bitter political contest in the country. 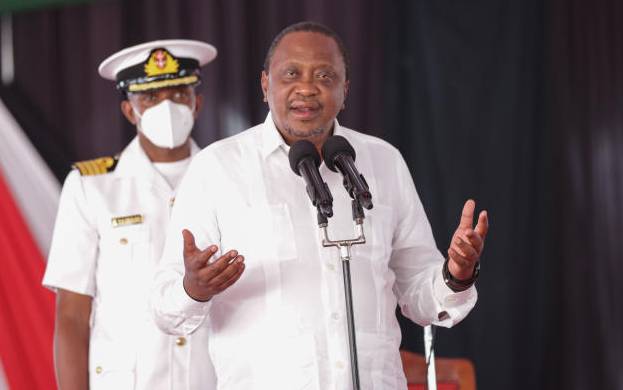 President Uhuru as a co-initiator of the BBI sits at the apex of its constitution and delivery. Uhuru and Raila came up with the idea and went ahead to formulate the team which was headed by Garissa Senator Yusuf Haji. The team traversed the country after a budget of Sh10 billion was set aside for the initiative. Uhuru has remained committed to the process but has in some occasions gone public to drum up support for the BBI.

He has always maintained that the proposals are to benefit the country and not to reward political leaders.

“This document does not belong, first and foremost, to me and Raila (Odinga). It belongs to you,” he said when he received the first draft at Bomas of Kenya, Nairobi, last year.

“This document is not about this individual presidency and that individual premiership. What we are looking for is a document for prosperity,” he added. 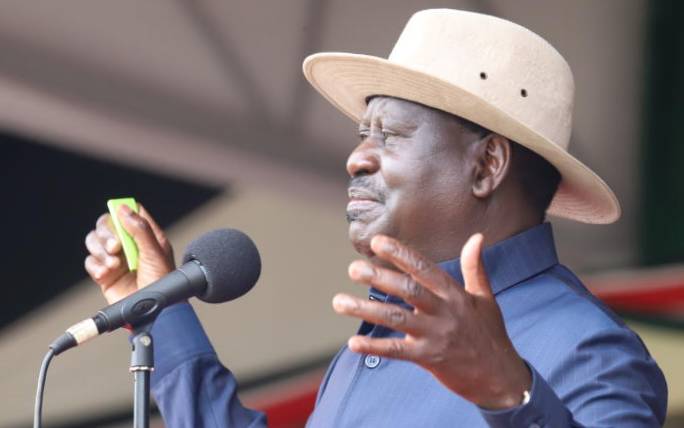 Former Prime Minister Raila Odinga is a co-initiator with the president in the conceptualisation and the actualisation of the BBI report. Unlike the President who has been busy with State functions and only talking about the BBI on rare occasions; Mr Odinga has been at the centre of its campaign.

At the infancy of stages in 2018, the ODM boss ordered for the dissolution people's assemblies which sought national dialogue and said that such forums could be used for channelling grievances to the BBI team.

He hit the roads, traversing various counties and sometimes accompanying the president in the tours around the country. On numerous occasions, he marshalled support for the BBI and ended up being considered the face of the BBI. This is after critics of the initiative viewed it as a ploy to help him win the presidency. Mr Odinga embarked on various trips where he met regional leaders from various parts of the country to support the BBI. Working with the President, Odinga persuaded female governors such as Anne Waiguru (Kirinyaga) and Charity Ngilu (Kitui), who alongside other female legislators joined the train.

“As a country, we must urgently return to debating how to create fair and equal chances for every Kenyan to participate optimally in national productivity and wealth creation so that we may together create wealth that is more than enough for us to share. Unless this is done, we will have more vicious fights, as we strive to share poverty rather than prosperity,” said Raila on September 18, 2020, as he urged Kenyans to support BBI.

Kirinyaga Governor Anne Waiguru and her Kitui counterpart Charity Ngilu took the initiative of leading the colleagues who serve in Parliament. The group rivalled their female colleagues on the Tangatanga political faction, which supports the Deputy President William Ruto.

As Tangatanga women’s league trashed the relevance BBI and threw their support for DP Ruto’s 2022 presidential bid; the Embrace team made inroads in the country with preaching BBI under the garb on unity.

Kakamega Governor Wycliffe Oparanya being the chair of Council of Governors (CoG) may have provided a soft landing for the inter-county trips which Mr Odinga and the team of experts used to get opinions from the people. Some of the counties the tip toured included Nyeri, Mombasa, Kisumu, Narok, Kisii, Nairobi, Nakuru, Kakamega among others. Some of the vocal county chiefs that supported the BBI are Hassan Joho (Mombasa), Amason Kingi (Kilifi), Cornell Rasanga (Siaya), Awiti Cyprian (Homa Bay), Alex Tolgos (Elgeyo-Marakwet), Lee Kinyanjui (Nakuru), James Ongwae (Kisii), Okoth Obado (Migori) and Ali Roba (Mandera) among others. From Parliament was reinforcement from the male MPs who provided backup for the support of BBI.

The tales of the BBI cannot be complete without roping in the efforts of Secretary-General of Central Organisation of Trade Unions (COTU) Francis Atwoli. Atwoli faulted the first report as he castigated its proposals for failing to meet the aspirations of uniting the country. He would then defend Uhuru for not attending BBI meets while addressing the press in Kisumu, where he met NHIF officials March this year.

He is known for his feuds with DP Ruto, but under the wraps, Jubilee Vice Chair David Murathe has been one of the pillars of the BBI. He superficially appears to have done little but for those who understand the matrix of power in Jubilee, Murathe being close to the President may have provided more input.

Baringo Senator Gideon Moi, he and Kanu Party leadership also are credited for moving around the country marshalling support for BBI.