By Protus Onyango | 2yrs ago

The agency, which runs Livestock Multiplication Centres (LMCs) to educate farmers on best animal husbandry practices and hosts thousands of farmer’s for trainings, has been fighting to either get back grabbed land or ward off forcible take-overs.

The land in question is spread across Kakamega, Kisumu, Busia, Bungoma, Siaya and Migori counties.

Investigations by The Standard found that LBDA might lose some 9,143 acres in Siaya County. The land, known as Yala Swamp within Yimbo and Usonga, was reclaimed by the agency decades ago.

Trouble began when Dominion Farms Ltd, an American company, came calling. In 2003, the company entered into an agreement with LBDA to develop the reclaimed land for 25 years.

The firm went on to build a Sh200 million weir and construct staff houses on a nearby 15-acre piece of land, registered as plot 899 Kadenge.

According to the agreement, the American company was to pay Sh11 million upfront to use machinery owned by LBDA and later yearly amounts of between Sh3 million to 7 million for 25 years.

After 16 years, Dominion Farm Ltd quietly folded up. LBDA says the firm’s management left the country before paying up. But that was not all. According to the authority, the firm also transferred the land to a new entity.

“Our workers are beaten and chased out by county government personnel. This is bad as it will make members of the public lose out on the agricultural expertise that we offer,” Okuk said.

The local community is also seeking a piece of the pie.

In a March 1, 2019 gazette notice, National Land Commission (NLC) approved Yimbo Yala Swamp Farmers Society’s claim to the land and recommended that the Lands ministry and Siaya County government re-survey the swamp to determine the acreage under Dominion Farms.

The NLC recommended that any excess land outside the gazetted parcel be given back to the community.The community had petitioned the NLC after the High Court dismissed the suit against Dominion Farms eight years ago.

In Migori County, LBDA is fighting to regain ownership of some 700 acres known as Lichota farm that have been taken over by certain individuals.

According to Okuk, some of the families currently occupying the land had been compensated back in the 1970s as the government moved to create a buffer zone between the Luo and Kuria communities.

“The government decided to acquire 700 acres to create a buffer zone to avoid conflict between the two communities. Those who left the zone were duly compensated. But some have returned and have title deeds claiming absolute ownership of the land,” said Okuk.

He blamed certain government officials for issuing titles for land they know only too well belongs to the public.

“We have rogue government officials who are bribed to issue title deeds,” he said.

As things stand, the entire piece of land which hosts an airstrip, a prison, and a LMC is about to be lost.

One title deed search indicates that one of the claimants owns 41 hectares of the disputed land.

“Lichota farm was compulsorily acquired by government to settle a dispute between the Luo and Kuria. I can confirm to you that the farm is a public land. Anyone claiming it is a fraudster,” said the county official.

In Muhoroni, Kisumu County, LBDA is also battling to reclaim 336 acres of what used to be a livestock breeding centre from powerful individuals.

According to Okuk, the powerful individuals took advantage of a presidential directive to resettle squatters in the 80s.

“The then President Daniel arap Moi visited the area in 1985 and ordered that 30 acres be given to squatters who were living near the land. Unfortunately, powerful officials who accompanied the president illegally allocated the land to themselves,” he said.

The list of those who are now the beneficiaries of LBDA land includes senior military officers, former municipal council officials and the politically connected individuals.

In Bungoma, Governor Wycliffe Wangamati last year ordered Agricultural Society of Kenya (ASK) officials to forcibly hive off 15 acres from the 40-acre Sang’alo LMC, which is owned by LBDA.

The Authority’s Managing Director Raymond Omollo has written to ASK’s national office, Chief Justice David Maraga and NLC to intervene and restrain Bungoma county government from trespassing on the land.

But Wangamati  insists that his county in entitled to a portion of it.

“The agriculture function belongs to county governments which means we have the mandate to decide what to do with the land within our borders,” the governor said.

In Busia County, LBDA is fighting to retain the 100 acres left after ceding another 100 acres  to accommodate a constituent college of Moi University within the Alupe complex.

The Alupe farm carries out livestock breeding, fisheries, rice bulking and agro-forestry. It is the only one of its kind in Teso North and South serves Western, Nyanza and Rift Valley regions.The LBDA has title deeds for all the disputed pieces of land. 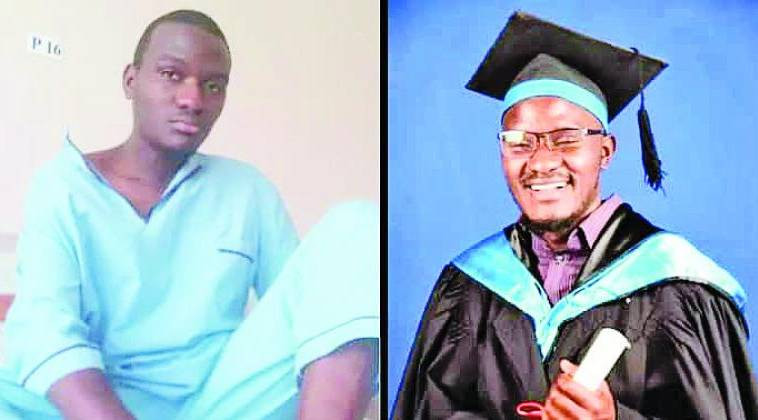