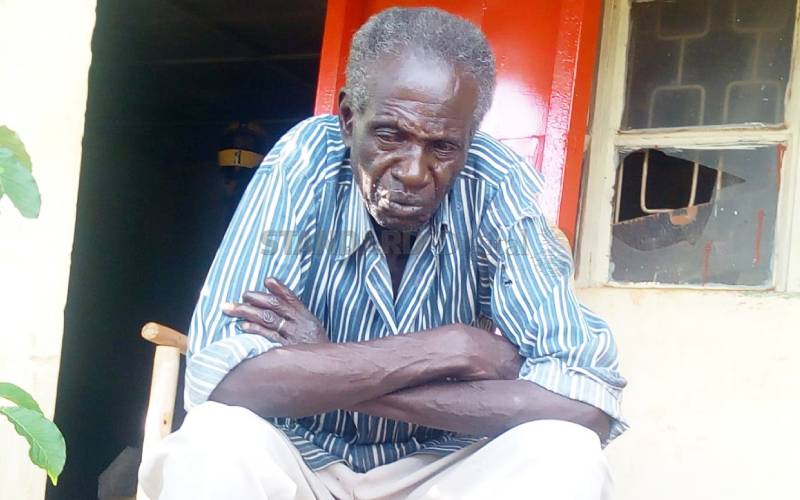 A sombre mood has engulfed Usalo village in Usenge Sublocation, Siaya County, following the death of the Osprey bird that landed in the village after flying for 6,000km last week.

While announcing the death of the bird through a press statement, Kenya Wildlife Services (KWS) said the four-year-old bird of prey died at the weekend.

A post-mortem examination report conducted by veterinary teams attributed the death to starvation.

According to KWS, the bird was severely dehydrated, weak and emaciated from the long flight and minor injuries while trapped by the fishing net.

But this afternoon following the sad news, Walter Tende (pictured), the 72-year-old fisherman who rescued the bird, fainted upon receiving the news.

"This was like a member of my family and it is a big loss for me. I had even planned to travel to the city to see the bird," said Tende.

Tende, who had volunteered to donate part of his land for conservation, now says he was prepared to see the bird being released to the wild.

"I love birds and that's why I decided to rescue it instead of killing it."

In its statement, KWS said it was feeding and treating the fish-eating bird back to health with a plan to release it at the exact site it was rescued in the Lake Victoria catchment.

A section of elders who regretted the death of the bird said some rituals were to be conducted before the release of the bird.

"Traditionally, elders would sit down and conduct some rituals to welcome or send off such strange 'guests'."

Salman Rushdie gives first interview since 2022 stabbing
News
By AP
13 mins ago
Can you predict your date of death?
Health
By Dr Alfred Murage
20 mins ago
The Grammys ended in controversy, again. Here's what to know
News
By AP
30 mins ago
The seven secrets of success
Living
By Bishop David Muriithi
35 mins ago
.