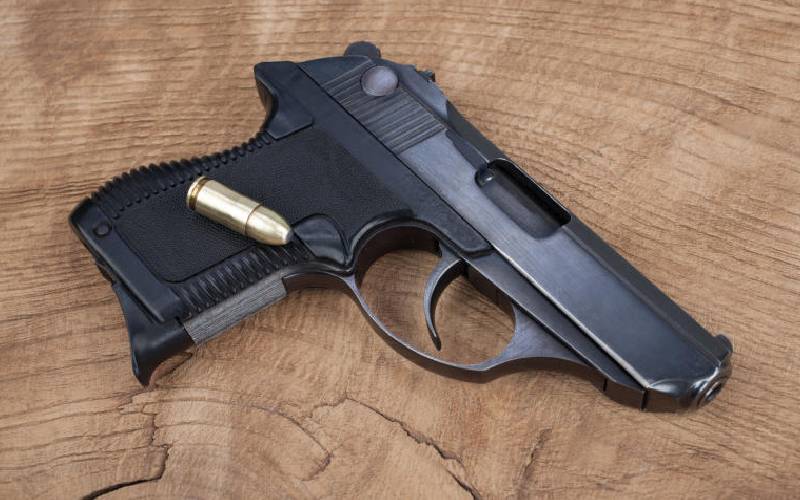 Police in Kisumu are investigating an incident where a police officer who rushed to rescue three people who had been robbed of Sh2m ended up shooting her own colleague and a resident.

A police report seen by The Standard stated that the corporal, attached to Kiboswa  Administration Police Camp and another colleague, rushed to a scene of a robbery where three gunmen had robbed two businesswomen of Sh2,025,700 on Monday morning.

By then, the robbers had already fled with the stolen cash.

"The police officers were on duty at the Safaricom Mast when they heard gunshots fired by the robbers. They rushed there, but found the robbers had vanished. As they interrogated people at the scene, the female officer's gun discharged a bullet, injuring her colleague and a villager," states the report.

The police officer was injured on both thighs while another woman was injured in the abdomen.

The two were rushed to the Kisumu Specialist Hospital where they were admitted in serious condition.

Reports indicate that the three robbers had been trailing the two traders and pounced as they were about to enter Dago PAG Church compound.

Confirming the incident, County Police Commander Benson Waweu said the officer involved had been disarmed and was in custody and that an inquest has been launched into the shooting.

He said the robbers ordered the traders to surrender the cash, shot in the air and fled on a motorbike.

Six cartridges were recovered from the scene of crime. The suspects are still at large.