By Frankline Sunday | 1mo ago

Food insecurity continues to persist in northern Kenya despite several initiatives over the years aimed at improving the lives of millions of residents experiencing prolonged drought.

This is according to a new report by the Commission on Revenue Allocation (CRA) detailing several economic and social indicators in the 47 counties, including contribution to the country’s gross domestic product (GDP).

“Food poverty headcount is a measure of the proportion of individuals whose monthly adult equivalent food consumption expenditure per person is less than Sh1,954 in rural and peri-urban areas and less than Sh2,551 in core urban areas respectively,” explained CRA in its report.

Overall, Kenya’s food poverty headcount stood at 32 per cent with 3.9 per cent said to be extremely poor.

The report drew from several data sets from the Kenya National Bureau of Statistics (KNBS) including the 2019 National Census, the 2014-15 Kenya Demographic Health Survey and the Kenya Integrated Household Budget Survey.

“The data is very important and we have learnt some interesting facts,” said CRA Chairperson Jane Kiringai during the launch of the Kenya County Facts Sheets yesterday.

“For example, the life expectancy of a woman in Nyeri is 75 years while that of a man in Migori and Homa Bay is 50 years.”

Dr Kiringai said the revelations are a call to policymakers and the government to explore the underlying issues that create the wide disparities in development indicators across counties.

“What this means is that in these counties where life expectancy is 50 years, we are losing 25 years of productive life because at 50 people are at their prime,” she said.

Devolution Cabinet Secretary Eugene Wamalwa said that while devolution has made a tangible difference in development at the county level, the available data remains inadequate to inform new economic policies.

Mr Wamalwa said counties have generated an additional Sh271 billion in own-source revenues, which should translate to improved service delivery and development.

“The 10-year period of implementing devolution is sufficient to carry out an assessment of devolution on service delivery,” he said.

“However, the lack of county disaggregated statistics renders an assessment of intra and inter-county development progress difficult.”

This is the third edition of the CRA Kenya County Facts Sheets and marks the tenth year of devolution.

Data from KNBS indicates that Nairobi City County remains the richest of the 47 counties in Kenya with the output of its economy hitting Sh2.6 trillion in 2020.

Nairobi’s contribution to the country’s gross domestic product has, however, stagnated at 26 per cent since the onset of devolution in 2013.

The bottom 10 counties in terms of contribution were majorly those in arid and semi-arid areas where the main economic activity is animal production, with insignificant economic output recorded from other sectors such as agriculture and manufacturing. 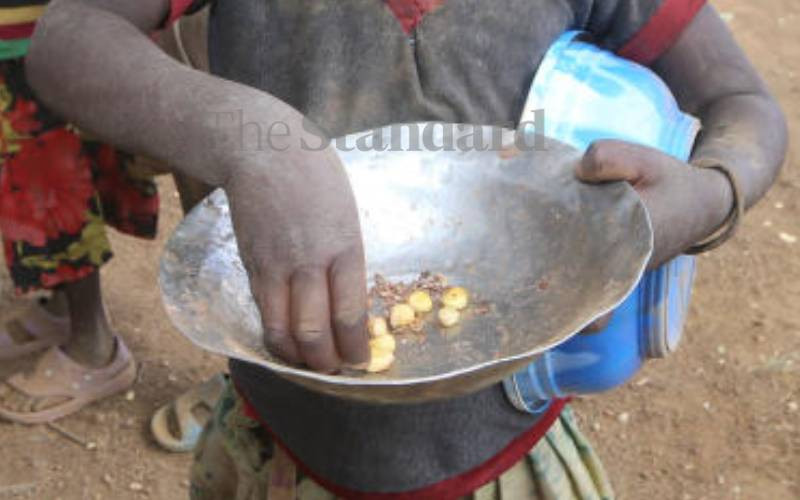 Nations urged to act as 2.3b hit by hunger
In Kenya last year, 3.1m were food-insecure in pastoral and marginal agricultural areas
National
By Robert Amalemba Waswani
1 month ago
.