The government has placed three counties on a watch list for possible severe drought.

Marsabit, Turkana and Mandera counties have not had rains for several months and helpless pastoralists have lost livestock.

The government has expanded its Hunger Safety Network programme to more counties to cushion more than 3,000 families affected by drought.

Devolution Cabinet Secretary Eugene Wamalwa admitted that the drought was taking its toll on the country due to failed rains in the last one year. The CS said projection by the National Drought Management Authority (NDMA) painted a grim picture, with fear that more counties could be affected.

Speaking in Naivasha during a meeting attended by governors from the affected counties and senior NDMA officials, Wamalwa said the government was keen to stop any human deaths resulting from drought.

He said the government had increased the number of counties benefiting from the Hunger Safety Network from four to eight.

He said Turkana, Marsabit, Wajir and Mandera benefited in the first phase, and that Garissa, Samburu, Isiolo and Tana River would also benefit.

According to Wamalwa, cash transfer programme in the affected counties targeted over 100,000 vulnerable families which were finding it difficult to put a meal on the table.

“In conjunction with the affected counties, we have embarked on the process of supplying water using trucks and we shall roll out the Inua Jamii programme by September,” he said.

The CS added that the government would harmonise the cash transfer programme and digitise it to avoid double allocation.

Marsabit Governor Ali Mohamud admitted that the drought had affected nearly all counties in Northern Kenya. While calling for donor support, he noted that the cash transfer was the way to go, adding that more water was needed in the affected counties to aid irrigation.

In Baringo County, more than 10,000 households are staring at hunger following prolonged drought.

On Monday, a section of leaders called for the national government’s intervention, noting that the situation may worsen.

The deputy governor said due to the dry spell, locusts invasion and Covid-19 effects, a major food crisis was looming.

Joshua Changwony, a resident, said the situation was dire. He said animals were dying, adding that women, children and the elderly were also affected. The locals expressed fears that children would drop out of school to look for water and pasture for livestock.

Lamu is at the centre of new development that thrusts it at the epicentre of international commerce and navigation.

Kakamega county plans to construct 4,000 houses which will be sold to county and national government officers at competitive rates.
Share this story

By Abdimalik Hajir | 9 days ago 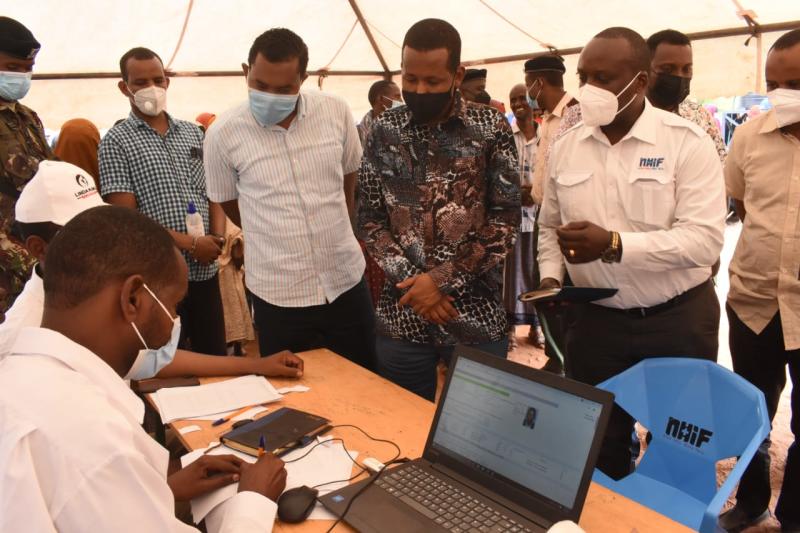