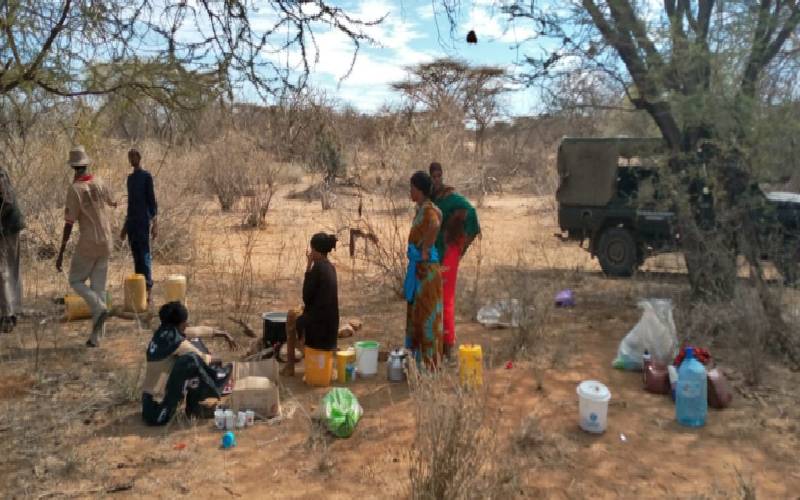 There was outrage in Saku Constituency after two children were shot dead and another injured on Monday, raising the number of those killed in suspected inter-clan clashes to 15 in less than two weeks.

The minors were killed by gunmen on Bank road, a few kilometres from Marsabit town, at around 11am.

Marsabit County Commissioner Evans Achoki said the incident was still under investigation, adding that the killers escaped through Mt Marsabit Forest. “Police are on the ground, we are waiting for more details on the incident,” said Achoki.

Two weeks ago, four people, including three students, were gunned down near the abandoned Badasa Dam, while on their way home to Songa from Marsabit town at around 6pm.

An elderly man was shot dead at Oriendel the following night, while four herders were shot dead while taking their animals to a water point at Jica at Kukoto area within Jaldesa/Badasa ward. Their killers wore jungle uniforms.

The killings happened the same day Eastern and North Eastern regional security teams were scheduled for a peace meeting between Marsabit and Wajir residents at Badan Arero.

Security personnel from Eastern did not make it to the meeting as their chopper crashed in Meru on their way to the venue.

Last Thursday, a man was killed in the same area late in the evening.

The National Cohesion and Integration Commission officials spent five days in Saku to assess the situation, with sources indicating they called for arrest of people behind the conflict.

Gaza's two million residents have lived under a crippling Israeli blockade since 2007, with Palestinians having to apply for exit permits

By Mike Ekutan | 8 days ago

By Abdimalik Ismail Hajir | 27 days ago

By Mate Tongola and Hamza Yusuf | 28 days ago