Chebukati: It was NSAC, Wako and Tuju who wanted 2022 presidential poll results rigged

By Edwin Nyarangi | 1w ago

Chebukati told the Justice Aggrey Muchelule-led tribunal in Nairobi on Tuesday, that NSAC, Wako and Tuju warned that if he declares William Ruto as President the country would burn. He claimed that Tuju, Wako and advocate Kyalo Mbobu visited him at 3am on August 15 at Bomas.

Chebukati recounted that he had taken a nap for one hour in his office when he was informed by the secretariat and his security detail that the three who were representing Azimio wanted to see him urgently after which they walked in with the proposal on altering election results.

“When Tuju and Wako came to my office to discuss matters to do with the election results, I summoned all the commissioners in the auditorium at around 3am on August 15 to my office, where we all listened keenly on the message they were conveying,” said Chebukati.

He said Wako told the commissioners that they should not operate in a vacuum and look at the bigger picture and moderate the presidential results for stability of the country while Tuju said the outcome should favour Raila since anything else would be a recipe for chaos.

Chebukati told the tribunal that he did not know how Tuju and Wako wanted them to moderate the results which were in a public portal.

He said the former Jubilee Secretary General promised the commissioners a handsome reward if they moderated the presidential results in favour of Raila but they did not encourage him to continue with the topic since they had not even gotten the final presidential results at the time.

“When Wako and Tuju had completed presenting their case, I gave each of the commissioners a chance to state their views with Juliana Cherera, Francis Wanderi, Justus Nyangaya and Irine Masit saying they should be given serious consideration,” said Chebukati.

The tribunal heard that the former IEBC chairman together with commissioners Abdi Guliye and Boya Molu insisted on adherence to the Constitution in the declaration of the winner of the presidential election while Masit and Wanderi concurred with Wako and Tuju on the moderation of the results.

Chebukati said that once the official results were out with Ruto having won, Cherera, Wanderi, Nyangaya and Masit rejected them and insisted on having the 233,211 votes difference between the winner and loser slashed to pave way for a runoff.

“It appeared that there was a pre-arranged consensus between Cherera, Wanderi, Nyangaya and Masit towards altering the results in favour of the Azimio but I was adamant that we had to adhere to the Constitution and declare William Ruto as President,” said Chebukati.

The former chairman said that as they moved to the auditorium for the declaration of the official presidential results the commissioners had agreed that Guliye would announce the results from the pending 27 constituencies which did not happen due to the chaos that erupted.

Chebukati told the tribunal that the chaos that erupted as they entered the auditorium forced them to scamper for safety after the commission CEO Hussein Marjan and Guliye sustained injuries.

He said he did not know at what point Cherera, Masit, Wanderi and Nyangaya ended up at the Serena Hotel where they addressed a press conference disputing the presidential results, terming them opaque yet they had been part of the process all along.

Chebukati said he was disappointed since the four commissioners who had joined IEBC in September had undergone induction and incorporated in all activities that were aimed at making them comfortable while discharging their duties but went against their oath of office.

Advocate Donald Kipkorir, representing Masit in the tribunal, asked Chebukati why he had not seen it fit to appoint a Deputy Presidential Returning Officer of which he replied that some constitutional duties of the IEBC chairperson could not be delegated any other person.

“Does it mean if something happened to Chebukati on August 14 last year the results could not be declared by anyone else, we have the commission vice chairperson and other commissioners, does it mean they cannot exercise this role?” Posed Kipkorir.

The advocate wanted the former chairman to state why there were two divided teams of commissioners of which he responded that they had always worked as a team and he could not explain how the others engaged outside their duties, asking Kipkorir to state what he knew.

Muchelule had earlier rejected an application by advocate Danstan Omari representing Azimio seeking to enjoined in the tribunal proceedings stating that it was already late since its mandate was to investigate Masit’s suitability to hold office. The tribunal chairman said nothing proves whether the recommendation for the removal or retention of Masit in office, will affect Azimio in any way and it had not demonstrated in any way that it is going to be affected by the outcome of the proceedings.

“This tribunal cannot sanction the participation of Azimio coalition in the proceedings since it is already late in the day with its being in office having been advertised early last month with the coalition not showing interest only coming up now,” said Justice Muchelule.

Omari said Azimio respected the decision of the tribunal. Kipkorir had requested for 14 days to make his submissions with resumption of the tribunal hearings on February 9 where Masit is expected to make an appearance before it concludes proceedings and makes a decision on whether she will continue being in office or not.

The advocate urged the tribunal to be fair to his client since majority of its members are well known associates of the Kenya Kwanza administration having taken active roles in the campaigns raising questions of impartiality.

The tribunal comprises of Justice Muchelule as Chairperson, Carolyne Kamende as Vice Chairperson, Mathew Nyabena, Saaed Khamis and Linda Kiome as members while Kibet Kirui and Irene Nchoe are the joint secretaries, Peter Murage is the lead counsel assisted by Zamzam Abib. 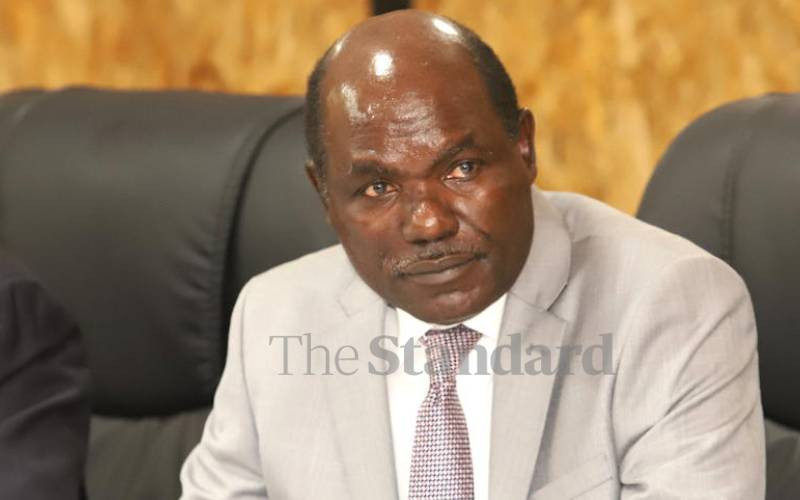 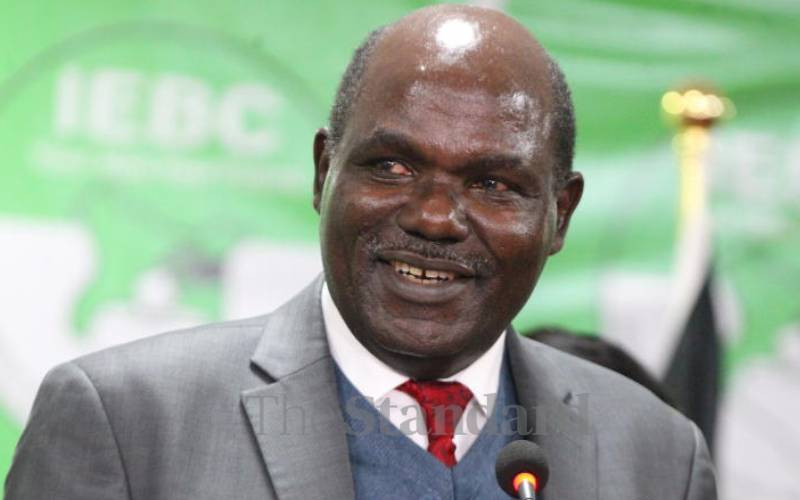 Yes, it is possible to predict your date of death
HEALTH
By Dr Alfred Murage
4 mins ago
Tems writes her name in Grammy history as first Nigerian female to win
News
By Fay Ngina
13 mins ago
Premium Why inheritance tax debate is hot air
Opinion
By Bosire Nyamori
1 hr ago
One killed, five injured as herders clash over pasture
Counties
By Michael Saitoti and Yvonne Chepkwony
2 hrs ago
.

By Kamau Muthoni 6 hrs ago
Premium How Kileleshwa, Kilimani lost their shine