The confirmation follows Rigathi’s appearance at CUEA for a briefing on ground rules.

Just last week, the communications director of Ruto’s Presidential campaign, Hussein Mohamed, told journalists that the decision to attend debates rested with both Ruto and Rigathi, having offered their advice to the two candidates.

“Whether or not the candidate or the deputy will appear, is a matter that now firmly rests with them. I and the team gave them advice based on the current media environment. That advice was actually legitimised by the monitoring report of the month of June by the Media Council of Kenya; that the other people (Azimio) are enjoying 61 per cent of coverage,” said Hussein.

The debate, organised by the Presidential Debates Secretariat will be conducted in two tiers.

The first tier will feature Deputy Presidential candidates whose popularity ratings, based on three recent opinion polls, stand below 5 per cent, while the second tier will involve candidates who have polled above 5 per cent in the same opinion surveys.

Independent Electoral and Boundaries Commission (IEBC) has published the names of four deputy presidential candidates who will be in the ballot alongside the main candidates.

The first-tier debate featuring candidates who have polled less than 5 per cent in three recent opinion polls will be moderated by Linda Alela of TV47 and John Jacob Kioria of KBC.

The second-tier debate involving candidates who have polled above 5 per cent in three recent opinion polls will be moderated by Sophia Wanuna of KTN News and James Smart of NTV.

Panel discussions for both debates will be moderated by Trevor Ombija of Citizen TV. 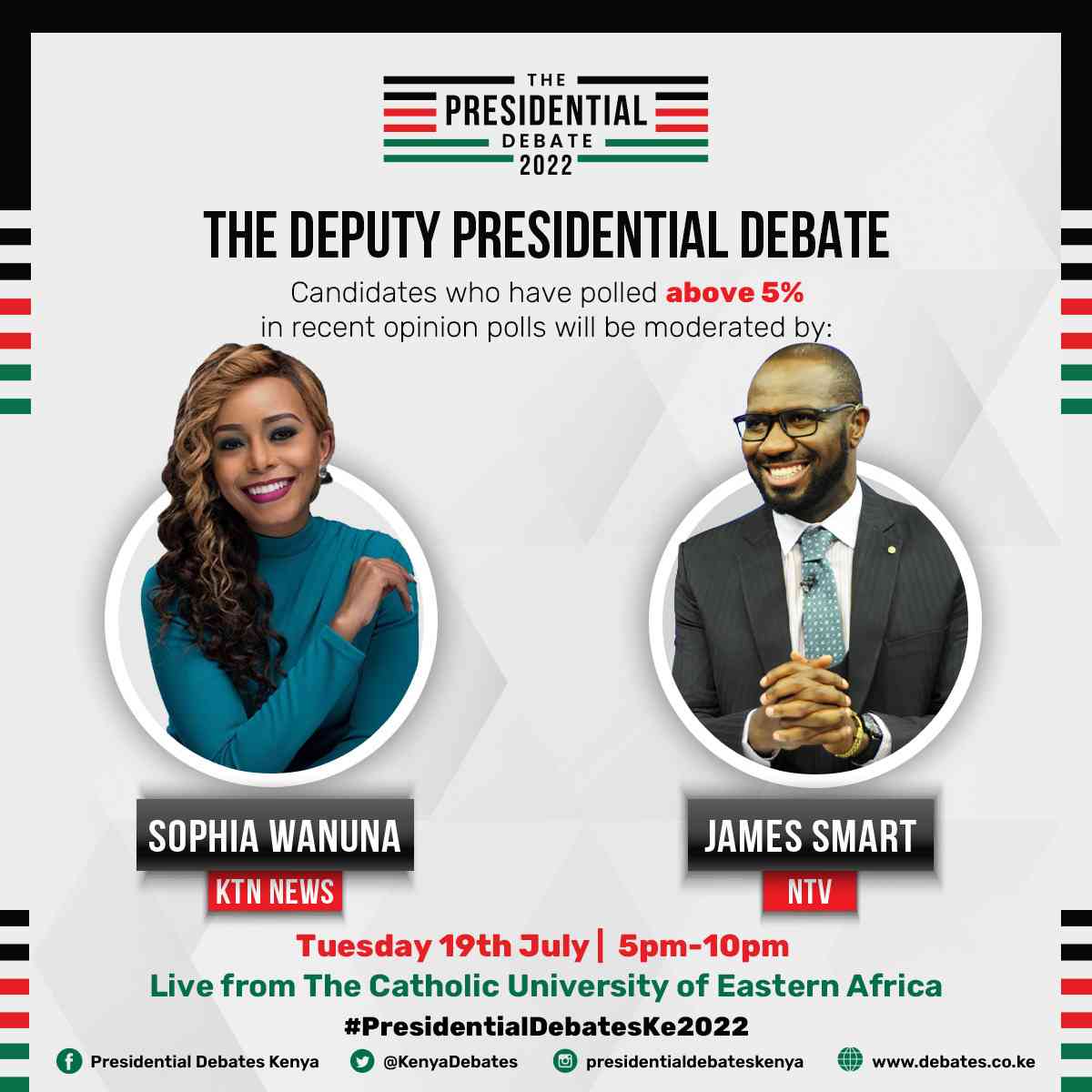