Interior Cabinet Secretary Fred Matiang’i has said plans for a smooth transition are on course after the August 9 General Election.

Dr Matiang'i revealed that the Assumption of Office Committee that is constitutionally mandated to oversee the handover of power from President Uhuru Kenyatta to whoever Kenyans will elect, has held a series of meetings.

The Head of State will leave office after serving the Constitution's limit of two terms.

The Assumption of the Office of the President Committee is Chaired by Secretary to the Cabinet Joseph Kinyua and includes Attorney General Paul Kihara, Interior CS and Chief of Defence Forces General Robert Kibochi as members.

Others are State House Comptroller Kinuthia Mbugua, Clerk of the National Assembly Michael Sialai and the Clerk of the Senate Jeremiah Nyegenye.

Dr Matiang'i told The Standard that the President-elect is also required to nominate three people to this committee.

The Interior CS said that the committee is also supposed to facilitate communication between the outgoing President and the President-elect; prepare the programme and organise for the swearing-in ceremony and carry out any other activities necessary for the performance of its functions.

Upon the declaration of the final results of a presidential election by the IEBC under Article 138 of the Constitution and section 39 of the Elections Act (No. 24 of 2011), the Committee shall ensure that the President-elect and Deputy President-elect are accorded adequate security.

The President-elect may in carrying out preparations for swearing into office request in writing for such information from a public officer.

The Constitution states that a public officer who fails to comply with the provisions of giving information to the President-elect commits an offence and is liable on conviction to a fine not exceeding Sh1 million or imprisonment for a term not exceeding two years or to both.

Dr Matiangi said that according to the Constitution the swearing-in of the President-elect shall be conducted in a public ceremony held in the Capital City in accordance with Article 141 of the Constitution with the committee working towards ensuring the ceremony is successful.

“The Assumption of the Office of President Committee shall publish by notice in the Kenya Gazette, the date and place for the conduct of the swearing-in ceremony, with the day on which the President-elect is sworn being declared a public holiday,” he said.

The Constitution states that the Deputy Chief Justice shall only undertake the task of swearing in the President-elect only in circumstances where the Chief Justice is incapacitated which must be an infrequent occasion.

Upon signing the certificate of the inauguration, the outgoing President shall hand over to the President the instruments of power and authority- a sword; and the Constitution however this does not happen when the incumbent is re-elected into office.

Dr Matiangi said that the President shall upon the swearing-in of the Deputy President-elect, give an inauguration speech to the nation with the Inspector-General of the National Police Service ensuring the provision of adequate security during the conduct of the swearing-in ceremony.

“The day-to-day functioning of the government before and during the assumption of office by the President-elect shall be subject to the constitutional provisions regarding transition and succession of institutions, offices, assets and liabilities,” he said.

The committee shall within a period of one month from the date of the swearing-in of the President-elect prepare a report on the affairs of the committee and submit to Parliament the financial statements of the Committee and a description of its activities and any other information that it deems necessary.

The Constitution states that the Committee shall publish and publicize all critical information within its mandate affecting the nation with a request for information in the public interest by a citizen being addressed to the chairperson or such other person as the committee may for that purpose designate.

Subject to Article 35 of the Constitution the Committee may decline to give information to an applicant where the disclosure of such information is undesirable in the public interest; the information requested is at a deliberative stage by the Committee; failure of payment of the prescribed fee; or failure of the applicant to satisfy confidentiality requirements. 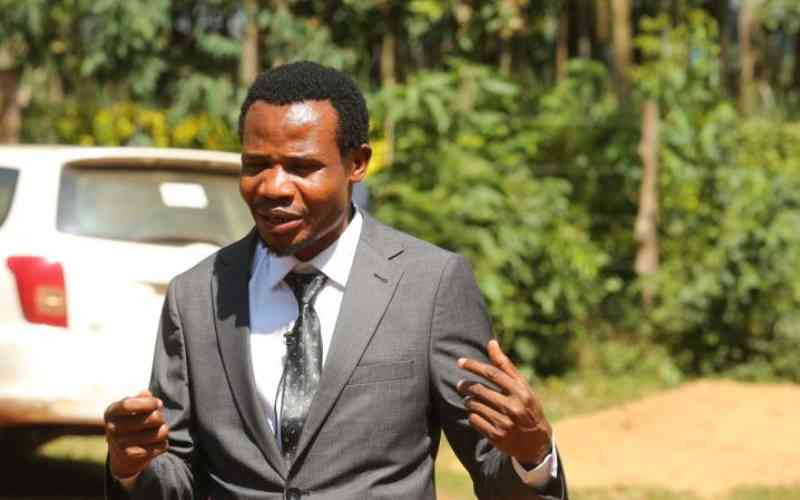 You need a wife to be elected MP in Kenya
Politics
By Jackline Inyanji
24 mins ago
Peace talks
Cartoons
By Gado
25 mins ago
Patanisho was made for Mulembe Nation
BLOGS
By Brian Guserwa
36 mins ago
Top police officers among 160 eyeing George Kinoti's DCI job
National
By Kamore Maina
51 mins ago
. 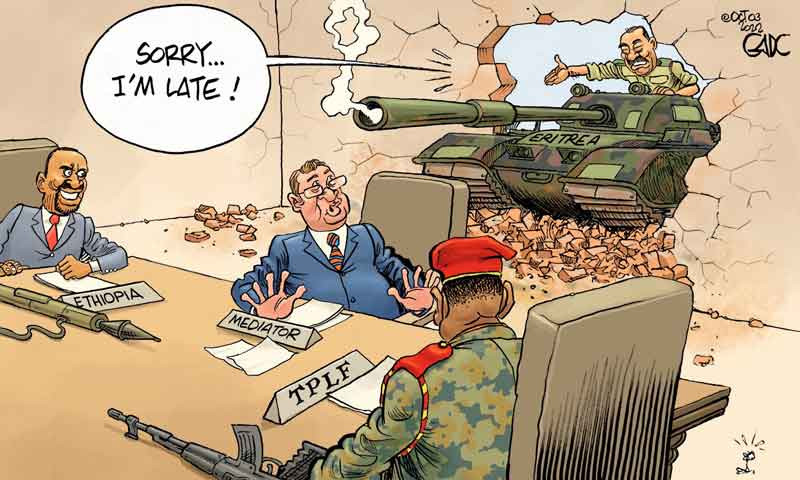 By Gado 25 mins ago
Peace talks 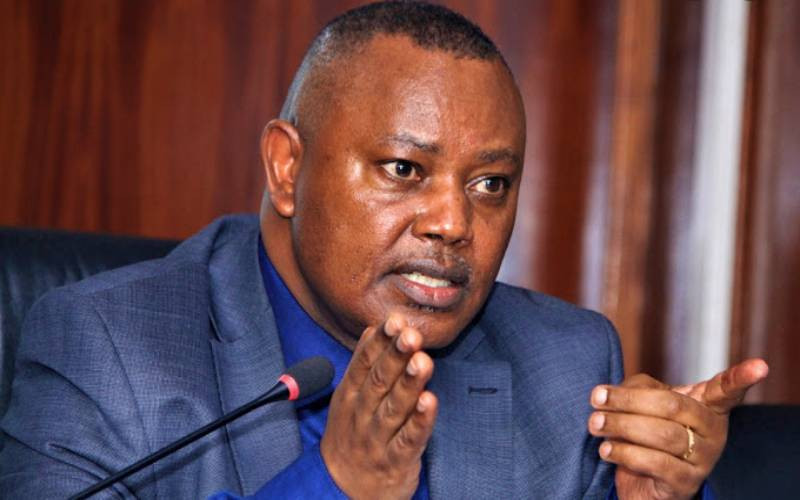 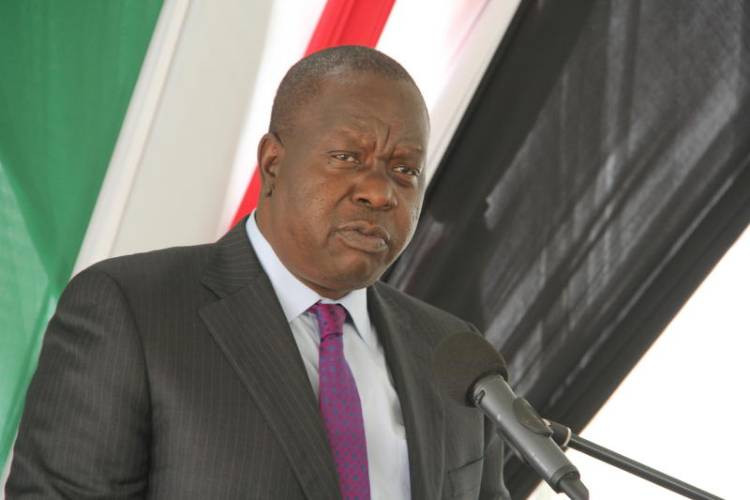 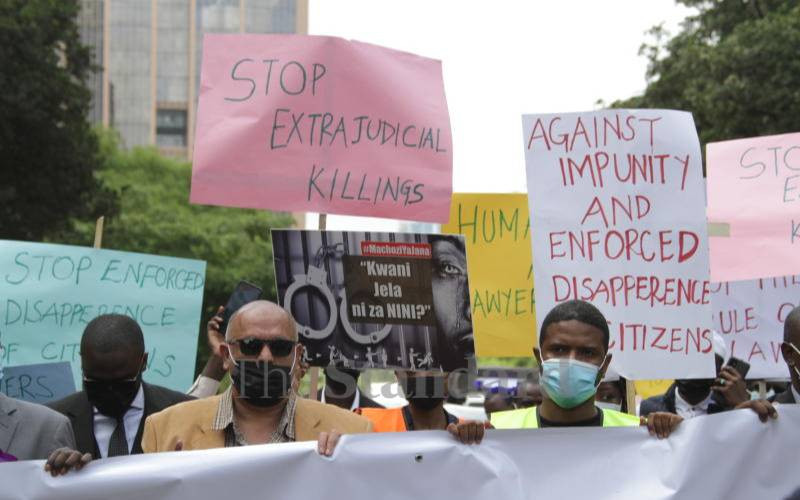