By Brian Okoth | 1mo ago

The Commission for University Education (CUE) has revoked the recognition of Nairobi Senator Johnson Sakaja’s bachelor’s degree from Team University in Uganda.

The commission says the move will allow its officers to investigate the validity of the lawmaker’s degree on the back of increased scrutiny into his academic qualifications.

“The Commission for University Education has received material information about the authenticity of the degree you (Sakaja) presented from Team University that will require further investigation to ascertain the validity of the said-degree certificate,” CUE’s chairperson Chacha Nyaigotti said in a June 14 letter addressed to the senator.

“Consequently, in accordance to the CUE Recognition Procedures, we hereby revoke the recognition of your degree – Bachelor of Science in Management (External) from the aforementioned university.”

Prof. Nyaigotti also sent a copy of the letter to the chairperson of the Independent Electoral and Boundaries Commission (IEBC) Wafula Chebukati and Prof. George Magoha, the Cabinet Secretary of Education.

Speaking to The Standard, the CUE chairperson said the investigations into the validity of Sakaja’s bachelor’s degree has attracted the interest of the Directorate of Criminal Investigations (DCI) among other State agencies.

“Once an individual or group of people question the integrity of a person’s academic qualifications, the CUE can revoke its earlier recognition of the said-certificates. A multi-agency team has been activated to verify the authenticity of Senator Sakaja’s degree,” said Prof. Nyaigotti.

Sakaja is facing accusations of forging a degree certificate from Kampala-based university, Team. He claims to have graduated from the institution in October 2016.

A petitioner has, however, told the IEBC’s Dispute Resolution Committee that the lawmaker photo-shopped the graduation list that features him among Team University’s 2016 graduates.

The Ugandan university is yet to clarify on the validity of Sakaja’s degree.

The senator was also a Bachelor of Actuarial Science student at the University of Nairobi, but it is not clear whether he completed the course. He joined the university in 2003.

He is eyeing the Nairobi governorship in the August 9 General Election. Any person seeking the governor’s seat must be a holder of at least a bachelor’s degree.

A petitioner, Dennis Wahome, filed a case before the Independent Electoral and Boundaries Commission’s (IEBC) Dispute Resolution Committee challenging Sakaja’s clearance to run for Nairobi governorship on the United Democratic Alliance (UDA), saying there is no evidence that he’s a degree holder.

In his affidavit, the senator, however, said those alleging he never studied at Team University in Uganda left out a page showing his name on the graduation list.

Youth Advocacy Africa wrote to Uganda’s Education minister Janet Museveni, who is wife of President Yoweri Museveni, seeking her response on whether Sakaja studied in the country and graduated in 2016.

“The degree awarded to Sakaja is not honorary but an academic degree purportedly awarded after successful completion of coursework and other instructions for the award of the same,” the advocacy group said in the letter dated June 14.

“From [the] available Immigration services information in Kenya, Sakaja has only travelled to Uganda once, which was on October 17, 2014 and the visit was for parliamentary business, not for educational purposes,” the group said.

The applicants now want the Minister of Education to compel Team University to produce Sakaja’s admission letter, details of payment of school fees, evidence that he attended classes, and why his name was allegedly omitted from the list of graduands, who were awarded a Bachelor’s Degree in Management on October 21, 2016.

Through their lawyer, Waithaka Ngaruiya, the Youth Advocacy Africa told Janet Museveni: “Our client is certain that your office will treat this matter with the importance and the urgency that it requires to safeguard the image of Uganda as a country that has traditionally offered education to many students in the East African Community.” 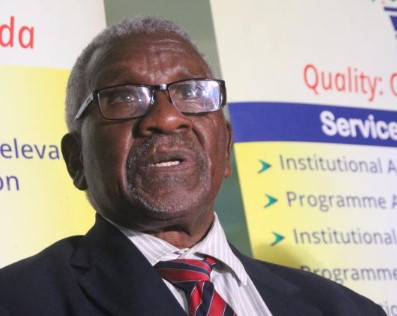 List: Documents Sakaja is required to provide as proof of study
CUE asks Nairobi Senator Sakaja to produce proof of enrollment and graduation from Team University, Uganda; denies being manipulated by Pres. Uhuru.
National
By Betty Njeru
1 month ago
.

Lionel Messi misses cut for Ballon d'Or list of nominees
Football
By Associated Press
10 mins ago
How young female aspirants fared in the elections
Politics
By Priscilla Kimani
26 mins ago
Is there a contraceptive regarded as the best?
Living
By Nancy Nzalambi
41 mins ago
Beauty secrets from black celebrities
Skin Care
By Pauline Muindi
56 mins ago
.