Auditor questions how millions in CDF bursary funds were spent

By Julius Chepkwony | 4mos ago

An audit on the expenditure of National Government-Constituency Development Funds (NG-CDF) has revealed irregularities in the issuance of bursaries.

Auditor General Nancy Gathungu, in recent audits, noted that the accuracy and validity of the expenditure could not be confirmed.

In the Bomet East constituency, the audit revealed beneficiary students’ names and admission numbers were not provided. Sh18,423,490 was disbursed, of which Sh2,594,000 and Sh15, 829,490 was bursary to secondary schools and tertiary institutions, respectively. Policy guiding bursary applications, vetting and disbursements of bursaries was not provided for audit review.

“In addition, public notification on the application of bursary, list of all the applications, qualifying applications, rejected applications, bursary committee vetting minutes approving the list of beneficiaries and need assessment report and acknowledgement receipts were not provided for audit,” read the report.

Ms Gathungu said the accuracy and completeness of the bursary disbursements for the year ended June 30, 2020, could not be confirmed. In Westlands, the audit questioned the expenditure of Sh17,344,600 and Sh15,484,124 for bursaries to secondary schools and tertiary institutions, respectively.

The bursary disbursement, as per the audit, was not supported with documentary evidence including applications, approval process, acknowledgement by schools and institutions, and a list of recipients or beneficiaries. In Tiaty constituency, the auditor questioned the accuracy of the transfer of Sh27,103,361 bursaries to secondary schools and tertiary institutions.

In Samburu North, a bursary payment of Sh5,377,320 was indicated to be irregularly incurred on meetings’ facilitation and had not been supported by way of minutes of meetings or lists of participants. This is, as per the report, contravened Section 21(3) of the National Government Constituencies Development Fund Regulations, 2015 which requires all persons receiving support to be vetted.

Further, bursary payments of Sh3,468,000 were made in respect of 1,015 students whose school admission numbers were not indicated, thus casting doubt on the authenticity of the list of beneficiaries.

In Nakuru Town East, the payment of Sh4,791,234 for bursaries could not be confirmed.

Statements of receipts and payments for the financial year reflected grants and transfers of Sh34,071,885, inclusive of bursaries to secondary schools amounting to Sh15,544,406 and Sh5,538,090 to tertiary institutions.

The report indicated that 148 beneficiaries who received Sh2,073,725 did not have admission numbers. Further, 373 beneficiaries received multiple bursaries totalling Sh3,523,993.

“In addition, 12 beneficiaries from the same institution shared registration numbers and were issued with an amount of Sh193,516,” read the report. In Gilgil , bursaries of Sh4,924,028 issued to secondary schools were not supported by admission numbers for 146 students. The validity of Sh3,976,000 paid for 142 students to a private institution was also questioned.

In Narok North, the fund’s management allegedly awarded bursaries to various beneficiaries amounting to Sh4,149,760 for which no evidence that the awards were authorised by the committee on bursaries was provided for audit review. In Konoin, payment of Sh2 million bursary to a driving school was listed as irregular.

“It was observed that tender documents in support of the payment were dated March 2018 and the beneficiaries’ schedule was signed on 15 June 2018. It is therefore not clear how documents for 2017/2018 could be used to support payments made in 2019/2020, which is two years later,” read the audit.

The auditor-general noted that the payment of Sh2 million was not a pending bill recorded in the year 2017/2018 and 2018/2019. In Kilifi North, payment of Sh1,512,500 bursaries to 199 students was questioned as their registration or admission numbers were missing.

In Tiaty, the audit revealed that Sh137,367,724 was allocated for 81 projects during the financial year ending June 2020. Examination of the project implementation status report revealed that 37 projects were ongoing, and 44 had not started. “No project had been completed due to security challenges and 44 projects had not been started due to delayed disbursement of funds,” read the report.

The auditor noted that the delay in implementation of projects may impact negatively on the delivery of goods and services to the residents of Tiaty. In Samburu North, a review on the implementation of development projects indicated that 140 projects with allocation of Sh175,888,107 were at different implementation stages.

A total of 62 with a budget allocation of Sh74,640,561 was revealed to be incomplete due to the slow tendering processes and delays in receipt of funds from the board.

The fund management attributed the delay in completing the projects to slow tendering processes and delayed disbursements from the NG-CDF Board. In Kipipiri, a review of the project implementation status report indicated that 138 projects with an allocation of Sh84,195,000 were at different implementation stages. “It was observed that 34 projects with a funding allocation of Sh47,350,000 were incomplete,” read the audit report.

In Emurua Dikirr constituency, review of the project summary confirmed that 54 projects at a total cost of Sh84,750,000 were implemented.

In Bomachoge Chache constituency, a review of the project implementation status report revealed that 15 projects costing Sh30.9 million were incomplete at the time of audit in February 2021. 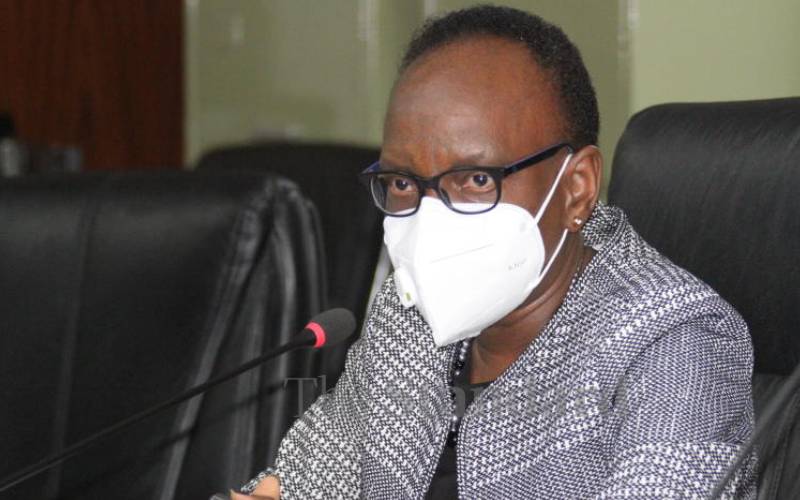 Audit exposes misuse of CDF funds
In Seme Constituency, 2019/20 audit report indicates that bursary disbursements amounting to Sh346,054 could not be accounted for.
National
By Moses Nyamori
7 months ago
.