By Judah Ben-Hur | 5mos ago

Former State House Comptroller and late President Mwai Kibaki’s long time friend John Matere Keriri remembers him as a man who had the interest of Kenya at heart.

Having met at Makerere University College, Uganda, in 1959 when Kibaki was a lecturer and Matere a student, his first lesson from the former president was “for anything you do, you must first have a strategy.”

Upon Kibaki’s arrival at Makerere, where he had studied, the first thing students learned from him was that he graduated with a Division 1.

“They were the first Africans to achieve that feat in Central, Eastern and South Africa,” recounts Matere.

After Kibaki had taught in Makerere for one year, Oginga Odinga travelled to Uganda and asked him to relocate to Kenya and work as an executive officer in Kanu.

Without pay for the job that required him to transverse the country, the former State House Comptroller says Kibaki hitch hiked to get from one region to another.

“He later got a beat up car that ended up being of no use to him,” Matere said.

“He worked like that until Lancaster House Conference came and we later achieved our internal self-government and then, Kibaki became part of the first government.”

In 1963, as the country was trying to establish itself after gaining self-rule, Matere worked with Kibaki in the Treasury.

Kibaki was assistant minister of Finance and the chair of Economic Development Commission.

“He led the commission very well and it is during that time that he started what you can call our economic development.

“Someone had to do the planning and it started with Kibaki as an assistant minister,” he said.

“He is the man who recommended the institution of the Development Finance Company of Kenya that was a partnership between institutions of the Kenyan, German, Dutch and British governments intended to attract foreign investment because we did not have our own money,” he said.

When Kibaki became president, Matere says he empowered his Cabinet to be autonomous when making decisions.

“The drill was that ministers were told what to do. Kibaki came with his own policy of giving the ministers the latitude to do their work,” he says.

Even though many good things can be said about Kibaki, he will also be remembered for moving the motion that made Kenya a single-party State by law in 1982 and for failing to honour his promise of having the new Constitution in place in his first 100 days. 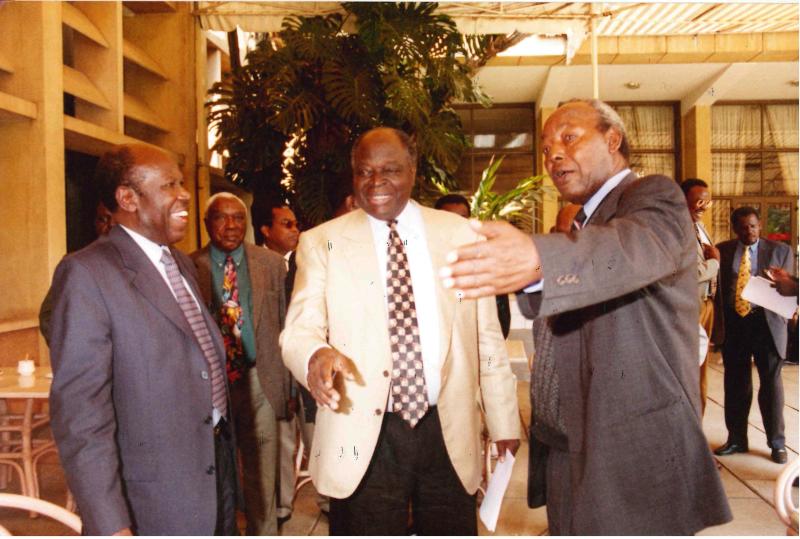 Premium Mwai Kibaki worked without pay, asked for lifts
Former State House Comptroller and late President Mwai Kibaki’s long time friend John Matere Keriri remembers him as a man who had the interest of Kenya at heart.
National
By Judah Ben-Hur
5 months ago
.

How well do you know the trending news stories this week?
Quizzes
By Clay Muganda and Reina Kimeu
32 mins ago
Premium First things you must do to save life when bitten by rabid dog
Livestock
By Dr Paul Kang’ethe
35 mins ago
Police, fans clash outside Argentine soccer match; 1 dead
Football
By Associated Press
1 hr ago
Premium How MP John Waluke forged his way to jail in maize scandal
National
By Paul Ogemba
1 hr ago
.

By Clay Muganda and Reina Kimeu 32 mins ago
How well do you know the trending news stories this week?