By Francis Ngige | 5mos ago

The death of former President Mwai Kibaki closes a chapter on a man described by many as the gentleman of Kenyan politics.

From the days Kibaki was plucked from a lecture hall at Makerere University in Uganda to join politics, the former long-serving Othaya MP cannot be said to be a typical Kenyan politician, some of whom earn notoriety and fame through abrasiveness.

In his eventful political career that lasted over half a century, Kibaki always cut a calm demeanour, a trait that confused friend and foe. For a man who is said to have joined politics by accident, how he managed to survive in the murky waters for that long and eventually claim the ultimate price - the presidency in his sunset political years - confounds many.

From the tales of his siblings and his neighbours, what Kibaki exhibited in public was what exactly his character was when growing up in Gatuyaini village in Othaya, Nyeri County. Being the last born in a family of five, Kibaki was lucky to go to school after his brothers convinced their father that it would be better for him to seek education instead of “lazying around while shepherding goats.”

Kibaki had three brothers -  Bernard Nderitu, Philip Muriithi, Samuel Muriithi and one sister Esther Waitherero. His story back in the village is that of resilience and perseverance having been brought up in abject poverty.

He was, however, lucky to have gone to school when missionaries came knocking doors seeking to educate children from villages where they were evangelising. The missionaries, who had arrived in Kenya before independence, used education as a vehicle for indoctrinating the masses in systematic theology.

Although Kibaki started his elective political career in Nairobi after being elected Bahati (now Makadara) MP, it is in his native county where he made a name representing Othaya people in Parliament for more than three decades.

Kibaki shifted his political base from Bahati to Othaya in 1974 to avoid another tough duel from Mrs Jael Mbogo, whom he narrowly defeated in the 1969 election.

Since the 1974 election, Othaya constituency became synonymous with Kibaki as he easily won all subsequent elections until he retired in 2013. But despite being a representative of a rural constituency, Kibaki was regarded as an elite by the locals as he was rarely seen in the electoral area, choosing instead to use his close aides to carry out development projects in the area.

And Kibaki, known to sometime reveal his sense of humour, didn’t hide his penchant for urban lifestyle quipping in one of his public functions that he was “a town fella.”

The former President was not accustomed to rural life. He was always careful not to use vernacular language during his public appearance, always preferring to make all his addresses in Kiswahili. In one of the public functions in Mukruwe-ini during his presidency, Kibaki berated an MP who made his entire address in Kikuyu, accusing him of going against the national values.

“I don’t understand how you expect your children or children from Mukruwe-ini to interact or communicate effectively with the rest of the country if we are going to speak in our language. This is not the right thing, think beyond here,” Kibaki told the bemused legislator. In his political journey, the third President appears to have discarded his rural upbringing lifestyle and quickly adapted to the urbanite vibe.

That perhaps explains why he spent little time at his Kanyange home in Othaya during his time in office, choosing to always drive back to his Muthaiga home in Nairobi after engagements in his rural area.

Despite the expansive home, located a few kilometres from Othaya town, being renovated and upgraded to meet presidential standards when he won the presidency in 2002, little activity happened there.

The same fate befell his home in Mweiga which was built by the State after his retirement in 2013. He chose to sparingly use the magnificent red-tiled roof residence whose splendour is clearly visible from the Nyeri-Nyahururu highway. The homes are guarded by General Service Unit (GSU) officers, with a retinue of other domestic workers who are on the government payroll.

But those close to the former President said six years after retirement, Kibaki chose to operate from the Mweiga home due to its serenity and away from the hustle and bustle of the city.

It was after his health started failing, sources disclosed, that he was moved back to the Muthaiga home where he could easily seek treatment.

Those who interacted with the former President after he retired said he was deeply affected by the death of his wife Lucy Muthoni in 2016.

“The death was a very heavy blow to mzee. Since she departed, life has never been the same as he appeared to become distant and always deep in thought. It was very devastating,” one of his security personnel told us.

During his tenure as an MP, Kibaki spearheaded development in the rural constituency and this possibly explains why Othaya people never got tired of him for the 39 years he served as their MP, 10 years being VP and an additional 10 being the President.

Othaya remains one of the most developed constituencies in Central Kenya with a near-perfect road network, good markets and is home to a Level Six hospital, an appendage of Kenyatta National Hospital (KNH).

On family matters, Kibaki maintained a close tie with his relatives, majority of whom chose to settle in Othaya. His sister Waitherero is still a resident of Gatuyaini village in Othaya and always cherished her association with Kibaki having been instrumental in his upbringing. 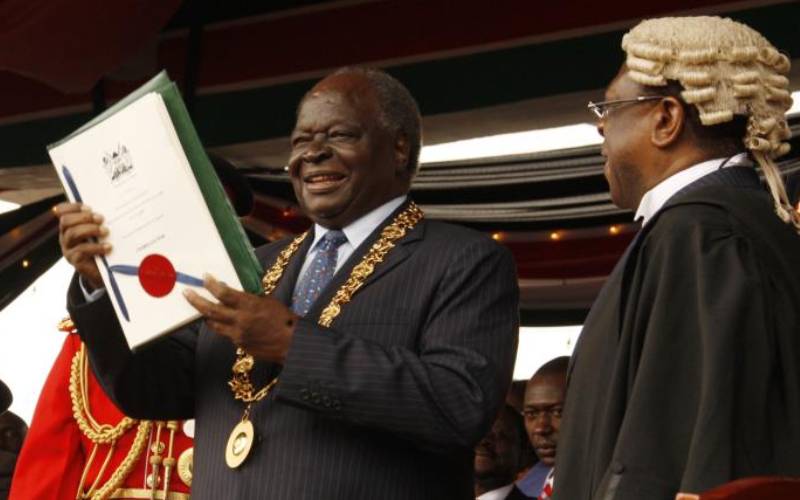 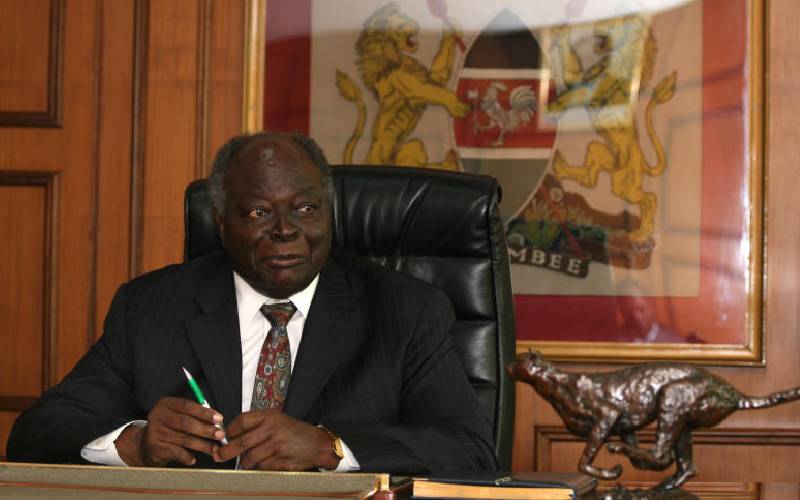 Premium Exit Mwai Kibaki, accidental president who turned the economy around
Mwai Kibaki’s presidency was knocked sideways by revelations of sleaze and impropriety. Had the president looked the other as graft flourished underneath his feet?
National
By Andrew Kipkemboi
5 months ago 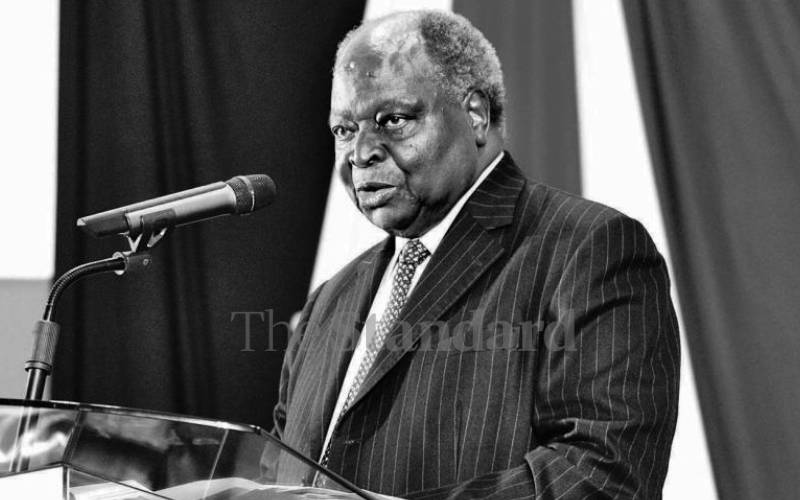 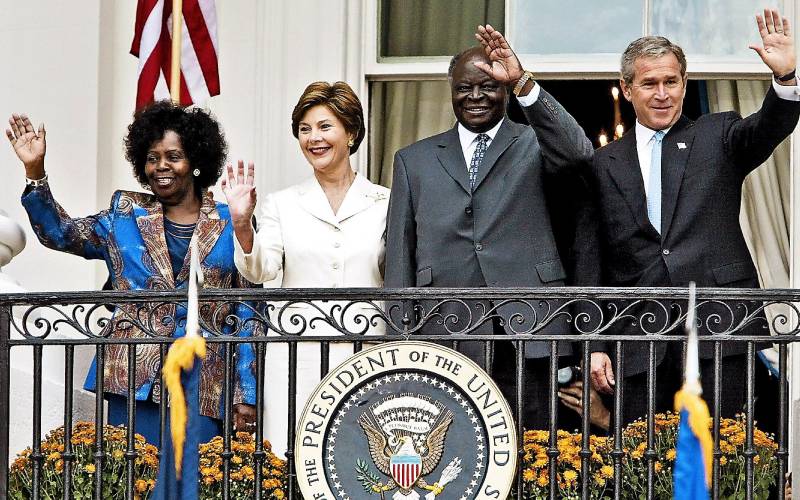 Mwai Kibaki: Though he walked middle road, it led him to State House
Mwai Kibaki remained unruffled all through as Kenya’s ultimate political gentleman. It was this mien, informed by an underlying firmness of character that many took for granted.
National
By Special Correspondent
5 months ago
.

Standard Group, matatu owners in deal to give passengers access to newspapers
Business
By Esther Dianah
41 mins ago
Wanyama set to leave Major Soccer League side CF Montreal
Football
By Mike Kihaki
1 hr ago
Some of the family businesses that have collapsed in Kenya
Money & Market
By Standard Checkpoint
1 hr ago
Oraimo breakthrough smart-charge technology
Branding Voice
By Oraimo
1 hr ago
.

By Esther Dianah 41 mins ago
Standard Group, matatu owners in deal to give passengers access to newspapers