Blow for officer who lost job over WhatsApp text 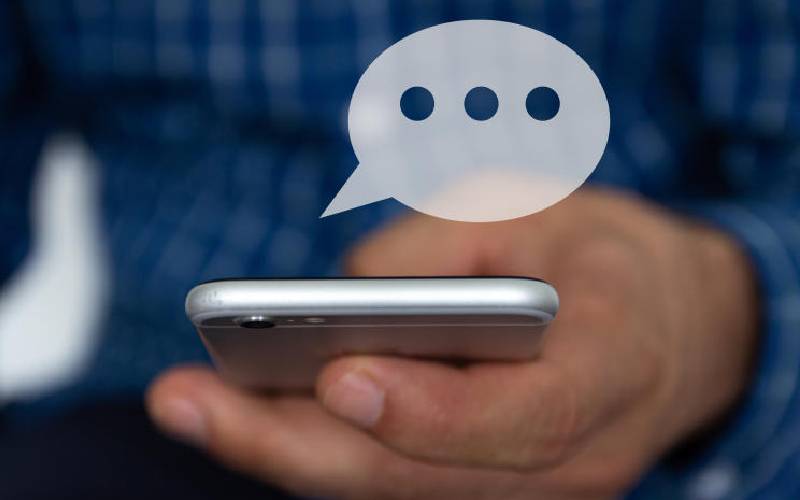 A WhatsApp message sent by a senior detective cost him his job only a year to his retirement.

The message that claimed Directorate of Criminal Investigations (DCI) officers "are suffering" led to his sacking, according to court papers.

Charles Mwazo had served as a police officer for 38 years. At the time he was fired, in 2019, he was County Criminal Investigations Officer (CCIO), Wajir County.

Mwazo was to retire in the 39th year of service. The reason he was sacked was a WhatsApp text in ‘DCI sleuths family’ group claiming that the investigations agency is a mess.

“We should keep asking our Father who art in heaven, to forgive for he did not know what he was doing. There is a mess totally in DCI. People are suffering; people are crying to the Lord our God,” wrote Mwazo.

He also claimed: “Fraud section was trivialised by some guy from the GSU who shamelessly said anybody even from the Anti-Stock Theft can investigate fraud. He misled one of the former Police Commissioners to cause the current mess.”

Little did he know that the comments could end his career just a sniff away from his pension. The comments were aggravated by an incident where his juniors were caught ferrying 245 kilos of bhang.

Court papers indicate that he was also accused of failing to take action against his junior who was at the heart of the bhang saga and another who is said to have deserted duty.

Aggrieved, Mwazo sued the National Police Service Commission (NPSC), the Inspector General of Police and the Directorate of Criminal Investigations, arguing that he was unfairly kicked out.

Labour Court judge James Rika found it was unfair to dismiss the officer over the WhatsApp comments. According to the judge, Mwazo was entitled to freely pour his heart out about his workplace.

“The court agrees that the petitioner was exercising his freedom of speech. His comments related to his view of his workplace, and cannot be interpreted as causing disaffection at the DCI. These were fair comments, made fairly by a concerned employee, in a social group comprising his peers,” said Justice Rika.

“It was constructive criticism and part of corporate introspection, which is to be encouraged and not frowned upon. The respondents misunderstood this exercise of freedom of speech and thought as being incendiary. The Court does not see this as being a valid reason to warrant dismissal from the service.”

Justice Rika, however, agreed with his employer that he did not give a believable narrative of how a police vehicle and officers under him were ferrying illegal substances without his knowledge. The police Land Cruiser had been released to Police Constable Japheth Fondo. According to the court record, Mwazo signed a ticket for Fondo to drive to Nairobi. However, a multi-agency team intercepted the vehicle along the Garissa-Thika highway and intercepted 245 kilos of bhang.

“A police vehicle captured live, carrying bangi, driven by a Police Constable, with a work ticket signed by his Station in-charge, is not a matter to be glossed over. The Petitioner was overall responsible for the Station vehicles, how they were used, and for any journeys made by his drivers at and outside the County of Wajir. Police officers are supposed to prevent drug trafficking, not proliferate drug trafficking using Police vehicles,” said Justice Rika.

He said the senior officer changed the narrative that the vehicle was a Toyota Probox.

According to the judge, NPSC was mindful as it offered Mwazo his retirement benefits. In the case, the former officer was seeking Sh15 million and reinstatement. The judge dismissed his case.

“The 1st Respondent was not unmindful of the Petitioner’s many years of service. He was offered his retirement benefits, which he has not pursued,” ruled Justice Rika.