In a letter to President Kenyatta and copied to the African Union Commission, the European Union and the prosecutor of the International Criminal Court (ICC), UDA yesterday accused security agencies of turning a blind eye to violence in rallies.

The letter is also copied to the US ambassador and the British High Commissioner. Muthama and Maina cite the chaos witnessed on Sunday at UDA’s Jacaranda rally in Embakasi East constituency, Nairobi, claiming they were sponsored by ODM.

UDA further claims it has reported six incidents to Mutyambai which “have gone unattended.”

“As a general rule, nothing has been done by the security agencies to prevent or arrest this egregious criminality. Without any form of accountability, the emboldened perpetrators continue to gloat over their deeds and threaten to unleash worse mayhem in future,” reads the letter.

Maina and Muthama said the inaction against perpetrators of the chaos would negatively impact national stability. UDA also lists chaotic rallies in 2020 in Kisii and Kenol, Murang’a. Others took place last year in Mahoo (Taita Taveta), Kieni (Nyeri) Busia and Kondele in Kisumu.

In the letter addressed to the president as the chairperson of the National Security Council, Ruto’s party complains of “inaction” and urges Uhuru to act impartially and proactively to uphold constitutional freedoms.

“The emerging pattern of State-sponsored violence accompanied by official inaction is beginning to assume ominous dimensions.”

“We demand an assurance from you, as the chairman of the National Security Council, that Kenyan lives and property remain protected under the law...,” reads the letter.

UDA has in the past accused Interior CS Fred Matiang’i and PS Karanja Kibicho of using their powers to frustrate the party. Dr Matiang’i and Mr Kibicho have dismissed the claims.

Meanwhile, Ruto yesterday called on the youths to register as voters reminding them that its their patriotic duty to participate in making the next government.

Ruto who addressed rallies in Karen, Kibra and Dagoretti in Nairobi said youths can only elect the right leaders if they register as voters.

“Our single most patriotic duty is to have a voters card. I ask the youth to vote for right leaders, right politics and the right government that will address their needs and aspirations. Register as a voter now!,” he said.

The body of a woman was found stashed in a suitcase and dumped near the GSU Recce barracks in Kimbo, Kiambu County, on Monday. 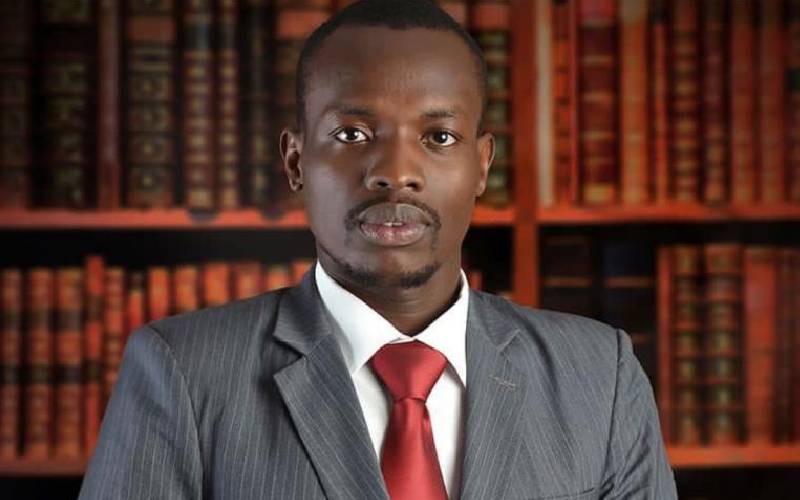