Over the years, he has made a number of pledges to Kenyans and today they will be taking stock of his achievements since he came to power in 2013.

In his first term in office, the country was full of hope after he promised employment opportunities, improved healthcare services, double digital economic growth and improved security.

Donning matching suits with his deputy, William Ruto, they often referred to each other as “My friend” or “My Brother William or Uhuru” and inspired the eight million-odd people who had voted for them that they were inseparable.

During Uhuru’s first Jamhuri Day celebrations that coincided with the country’s 50th independence anniversary, Kasarani Sports Centre was full to capacity and over 10 heads of State attended to witness the new president lead the celebrations.

“They will also provide opportunities for employment to our youth, during construction and after completion. To further deepen our infrastructure development, my government, in collaboration with our neighbours, has committed to undertake the Lamu Port South Sudan and Ethiopia Transit (LAPSSET) project, which will open a second major corridor of development in this region,” Uhuru promised.

He also pledged to create a united and prosperous nation devoid of ethnic or parochial divisions and went on to ask his rival Raila Odinga and his running mate Kalonzo Musyoka that although Opposition was part and parcel of a strong democracy, it was not hatred.

Premium Broken promise: Why Rift voters believe Uhuru has let them down
Locals say that President Uhuru has been avoiding Rift Valley region, only touring for official duties. Pundits blame the situation on strained relations between the President and his deputy.
Rift Valley
By Titus Too
2 hours ago

Uhuru presides over his last KDF pass out parade
President Kenyatta commended KDF for their commitment and service to the country throughout his 10 year-term and even going beyond their core mandate by taking up other roles.
Rift Valley
By Lynn Kolongei
18 hours ago 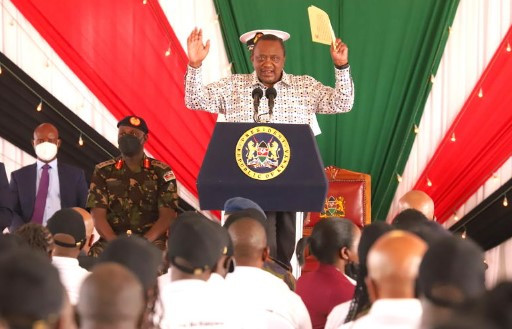 Uhuru takes another dig at Ruto
Kenyatta would again hit out at Ruto for publicly questioning and placing blame on some of his decisions over the last five years.
Politics
By Betty Njeru
19 hours ago 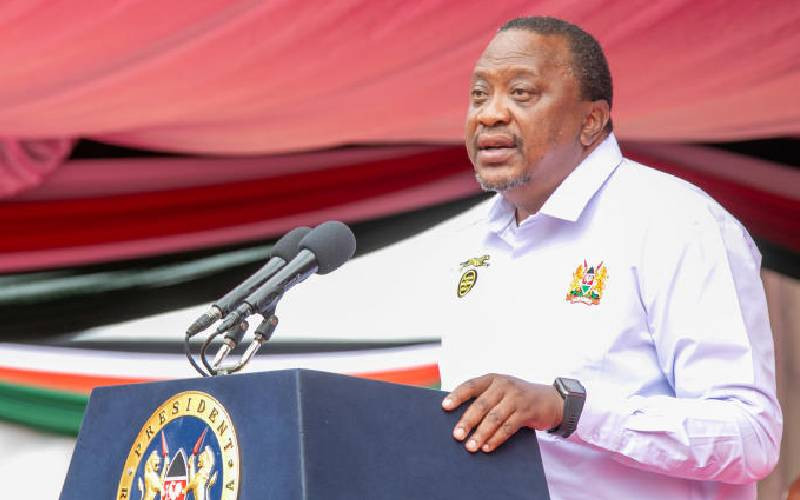 Uhuru set for North Rift tour amid grumbling
Uhuru is expected to preside over a military pass-out parade and commissioning of major projects in Uasin Gishu on Friday.
National
By Evans Kipkuria
3 days ago
.

By Mike Kihaki 3 16 hours ago
Sale of animal parts recipe for another pandemic, Vets warn