A week from now, the Court of Appeal will deliver its judgement on the Building Bridges Initiative (BBI) appeal case. As the country awaits the August 20, 2021 decision, let’s look back at the journey of Kenya’s constitution since independence.

The story of our Constitution and the journey that it has travelled, is a story of political gerrymandering whose modus operandi may be likened to the hunting tactics of Neanderthal man, who laid snares on the path of his fellow man, struck him down and ate him.  It is a story about political elites that are driven by self-interest.

In acts of political treachery the political class have managed to camouflage their self-interest in what has all along appeared to be a heart for the people. Through unending rhetoric and smooth speeches in frequent meetings and rallies they have dressed-up their self-interest in the veils of ‘public interest’. That 58 -year- old script has been followed faithfully unto this day and even the ongoing efforts to remake the country’s 2010 Constitution are carefully weaved along those lines. Even promises of creating more opportunities for the youth, space for women to realize their dreams, are but lip service since there is always a dirty card hidden under the table.

Today the public is being told of a people’s initiative which manifested through more than a million signatures. However, before those signatures were collected and forwarded to the elections body, there was a team that was gazetted. The team was called Building Bridges Initiative taskforce. There was also a steering committee for the same purpose. All this arose from the 2018 rapprochement between two political foes, President Uhuru Kenyatta and ODM leader Raila Odinga which has come to be known as the handshake.  And so the recommended changes to the Constitution have not originated from the people but from the political elite.

It is therefore not an empty claim but a sure fact of history if we say here that the group that has been missing in the over 58 year’s effort of making and remaking the country’s Constitution has been the people of Kenya. They have been missing at the table and perhaps that is why an attempt was made to rope them in when the drafters of the current Constitution included a preamble in the document. The preamble declares that the new law now belongs to the people and that they hold ultimate power over a country called Kenya. The document begins by stating that ‘all sovereign power belongs to the people’.

That declaration has empowered the people which could be why the new move to remake the Constitution has ended up in court. It is fair comment to argue that for once the people feel enabled to defend their constitution. The ongoing court process is partly inspired by the chequered journey that our Constitution has travelled, a matter that is reiterated by civil society. As sponsors of the court process, the civil society has been reminding the country that it is time to stop the drama of changing the Constitution with little or no attempt to fully involve the people.

A quick comparison with the American constitutional journey reveals an alarming appetite of remaking the Constitution in this country. In the 232 years that America has been independent (1789 – 2021), its Constitution has been amended only twenty-seven times. On the other hand, the Kenyan Constitution was amended 30 times between 1963 and 2008 before it was repealed altogether and a new one passed in 2010.

Looking through the twenty-seven amendments to the US Constitution one sees that America has always sought to empower the people more. The first ten amendments give space for the people to enjoy their existence on earth. Amendment number one was made to allow free worship and freedom of speech, the second amendment allowed citizens to help authorities in securing the country – it allowed citizens to bear arms when need arises. The third amendment was about the rights of soldiers in relation to the people, all the ten amendments touch on the rights of the people. The remaining seventeen amendments are a mix of guidelines on elections, the presidency, regulating of political power, gender, taxes and substance abuse.

In the Kenyan experience, save for a few instances where the political elite gave way, as was the case in May 1979 when Parliament allowed Kiswahili to be used as an official language on the floor of the house alongside English, and in December 1991 where the restrictive section 2A was removed to allow political party pluralism, most amendments have sought to consolidate power within political sides; safeguarding some, locking out others.

When Kenya got internal self-rule in December 1963, the independence Constitution provided for a Prime Minister who was appointed by the Governor-General. Executive authority rested with the Governor as the representative of the Queen. That Constitution also provided for a Bicameral Parliament, meaning a Senate and a House of Representatives. It also provided for eight regional administrative units and a similar number of regional assemblies, a four-level court structure; a Supreme Court, an Appeals Court, a High Court and magistrates’ courts.

The following year, 1964, a major amendment was passed which now declared Kenya a republic led by a President as head of state and head of government. It abolished the office of Prime Minister.

Had the amendments retained provisions of the independence Constitution which provided for a semi-devolved power structure, Kenya would have been a sure democratic state. That did not happen though. Instead the amendments centralized power around the President. One of the introduced clauses of 1964 reads ‘ ….the President has power to make any appointment or make any order or do any other thing…’

This provision and another in Part IV of the 1964 Constitution allowed the President to recommend changes to the laws, which could be the genesis of the tumultuous period of the 1960s.

1966 was a year of high political heat. The Constitution was amended four times, all of which made the President more powerful. Most notable was the 30th April amendment that removed from office members of Parliament who resigned from KANU. The new law was to help the President to do away with budding opposition that was led by Kenya’s first Vice President Oginga Odinga.

A decade after independence the Constitution had been mutilated to a level that it served the interest of the President and his cronies. Kenya’s foremost constitutional expert Professor Okoth Ogendo wrote in a scholarly paper in 1971 that ‘Constitutional systems in Anglophone Africa have not had a happy history, especially during the decade of 1960-1969.’  He said   ‘Almost without exception the independence documents have either ended up in military dustbins or have undergone change so profound and rapid as to alter their value content … beyond recognition’

The foundation was therefore set 1964 - 1969, where the Constitution was amended eleven times. Between 1974 -1979 it was amended six times. As we have indicated Presidential power was immense and whoever wielded it would determine changes to the Constitution.

The new law added political power to a President who wielded immense executive power.  Well, that can be considered the most politically repressive law in the country’s history. It made the 1980s a bad time to do politics in Kenya. Fortunately, it was repealed in December 1991 following pressure from the International community and Kenyans of courage.

It is now clear that the missing group in the country’s constitutional journey has been the people. They have taken part in only two processes that sought to change the Constitution; the plebiscite of 2005 where they were asked to pass a draft constitution, which they rejected, and in 2010 when they passed the current Constitution.

That indeed, has inspired the current opposition by sections of the Kenyan society to the BBI move. Those opposed argue that mwananchi has not been fully involved as he should. They argue that for the efforts to be described as a people’s initiative mwananchi should be the initiator of the changes.

Gender-based violence is perceived in many societies as shameful and weak, with many women still being considered guilty of attracting violence agains 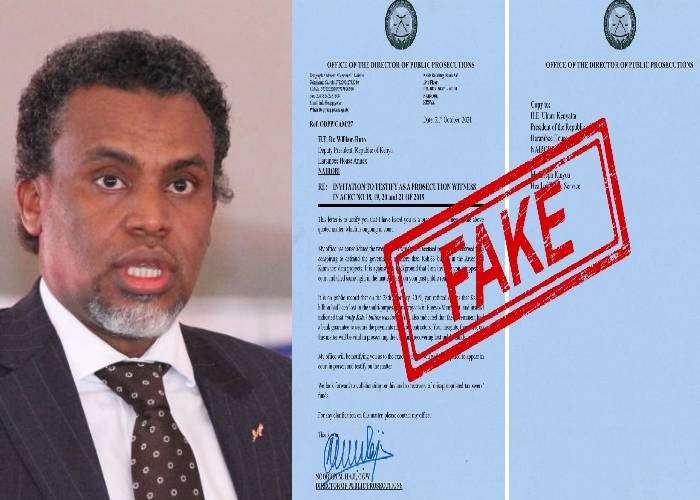 By Mireri Junior | 17 minutes ago 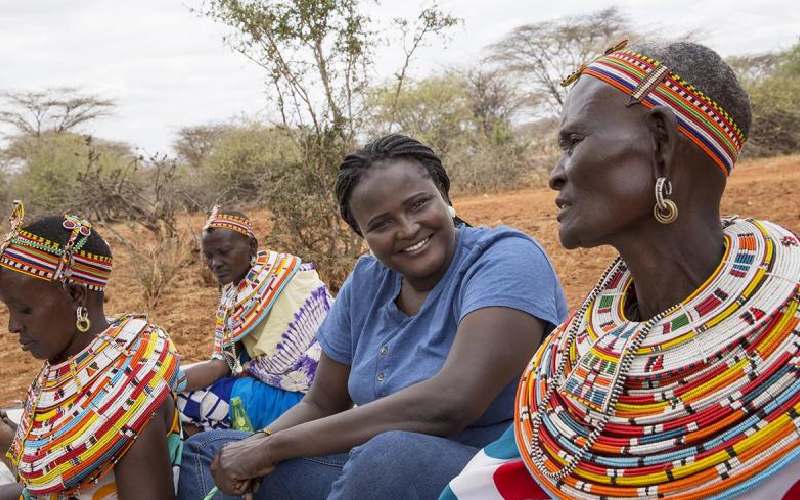 By Jacinta Mutura | 29 minutes ago 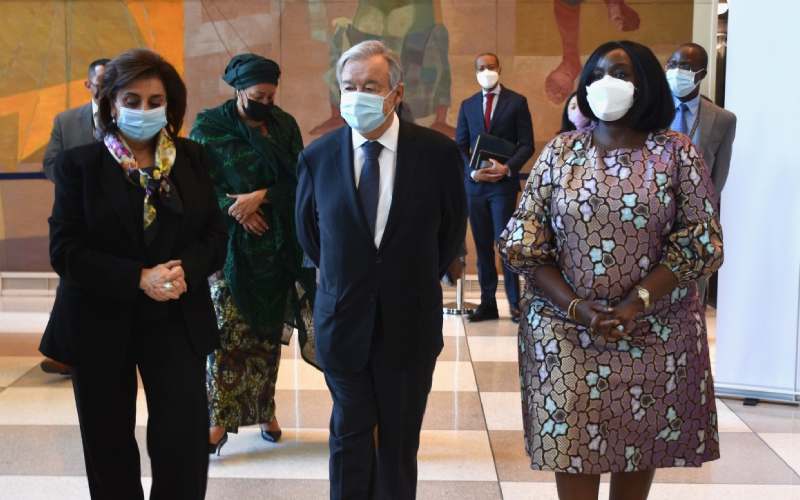 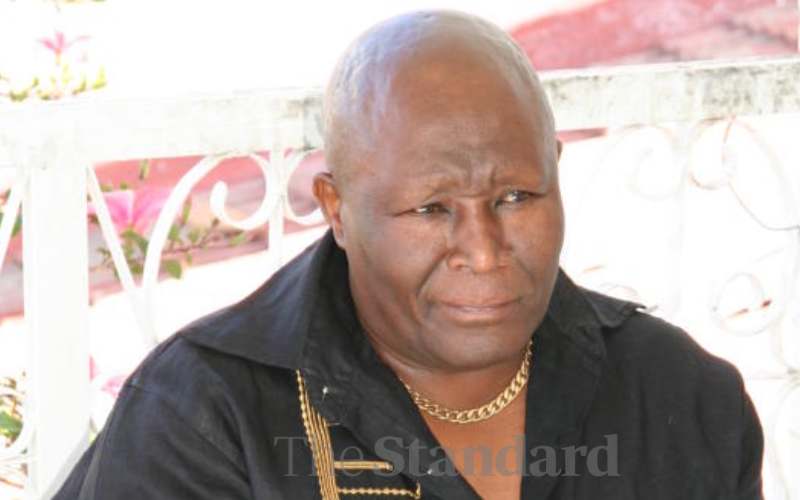