President Uhuru Kenyatta on July 23, 2021 announced changes to the military, promoting key members of the defence forces and shuffling the leadership in new postings and appointments.

In the changes announced by President Uhuru following recommendations by the Defence Council, General Robert Kibochi was retained as Chief of the Kenya Defence Forces while Major General Francis Ogolla was promoted to Lieutenant General and named Vice Chief of Defence Forces (VCDF).

Ogolla, who previously served as the VCDF and Commander, Kenya Navy, will take over from Lt Gen Franklin Mghalu, who is retiring after 40 years in the military.

The changes, among them the promotion of Kenya Air Force Commander, Brigadier John Omenda, to Major General, are: 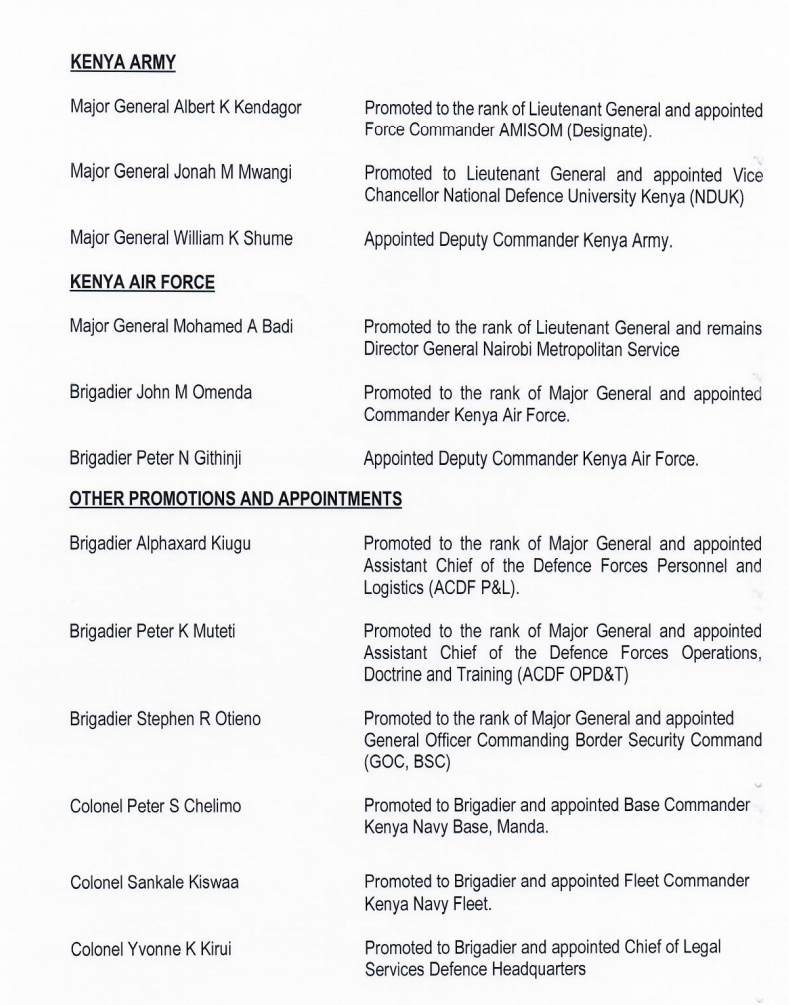 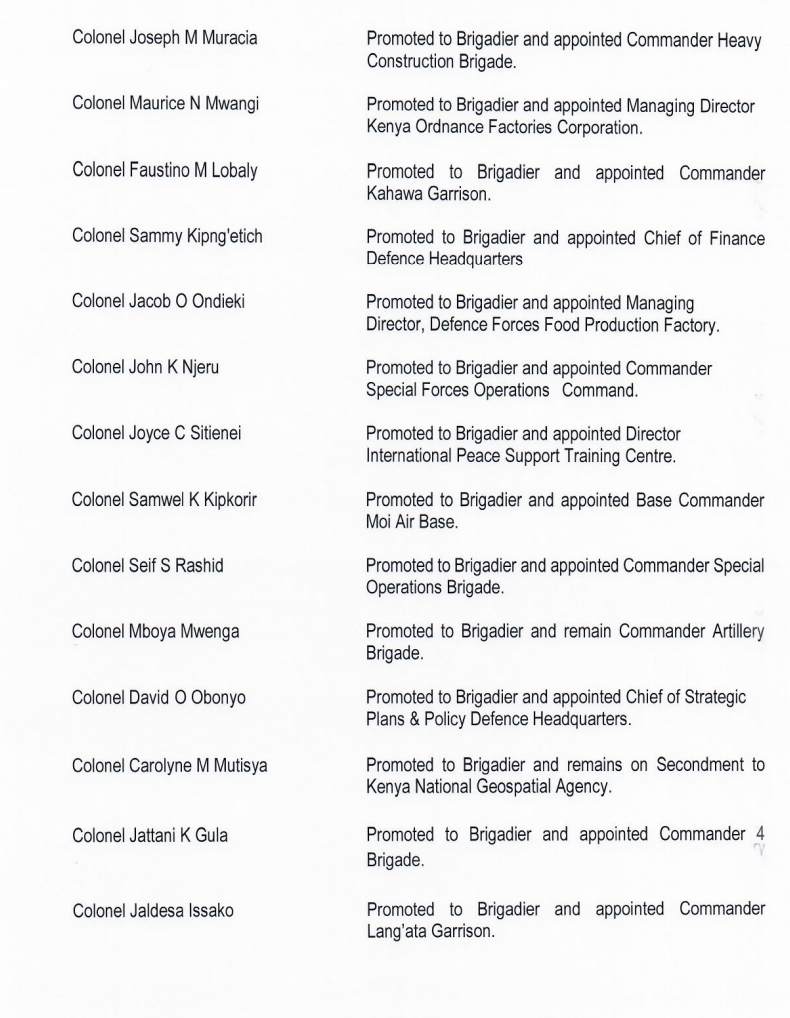 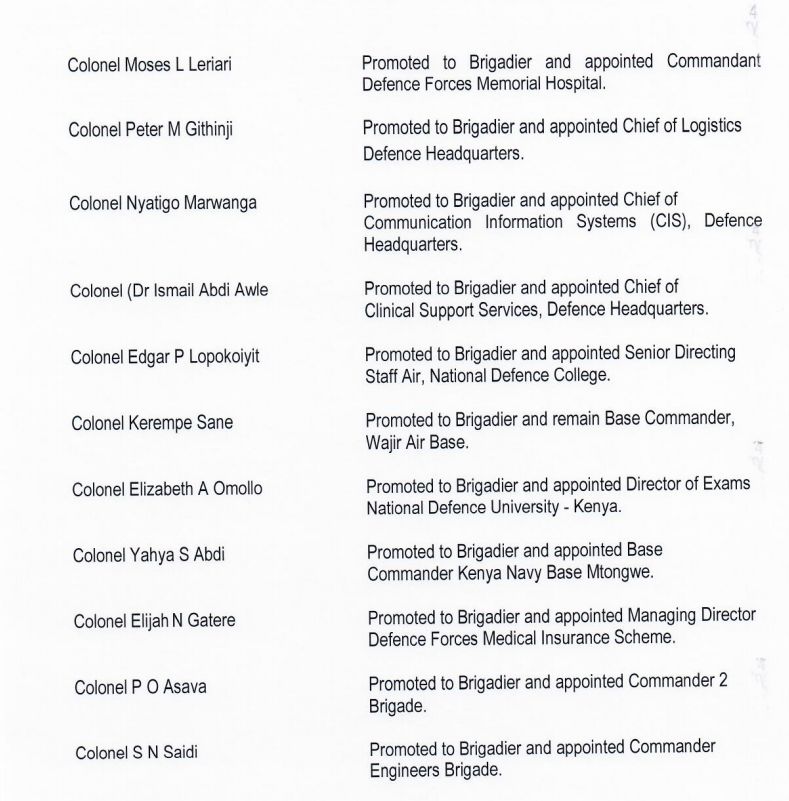 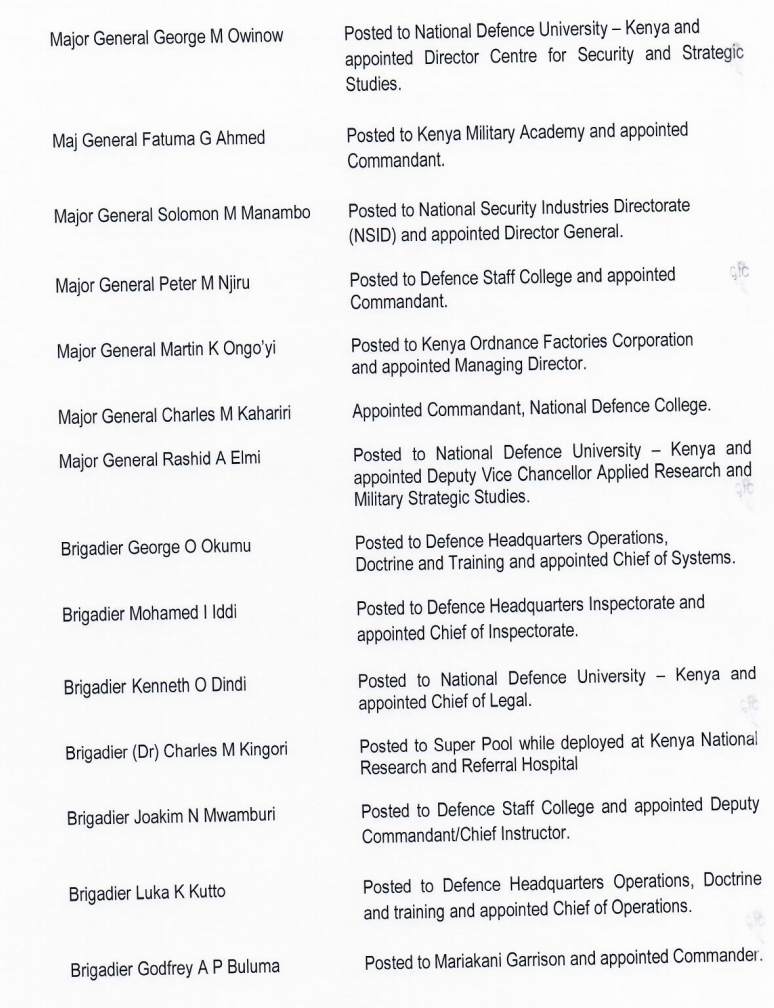 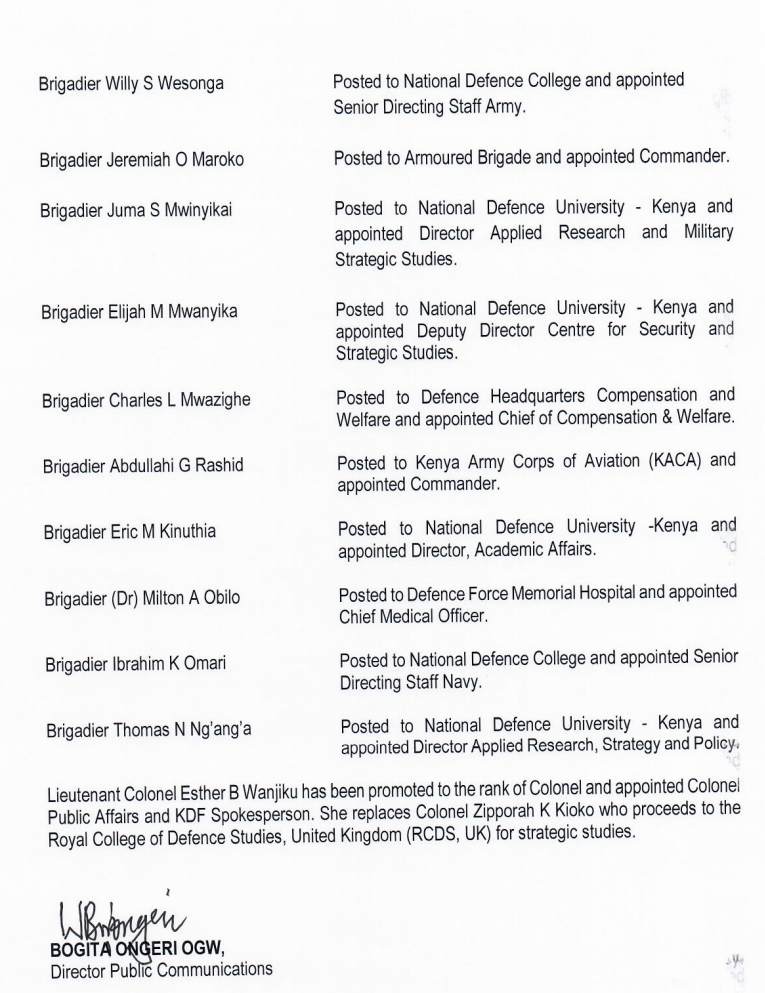 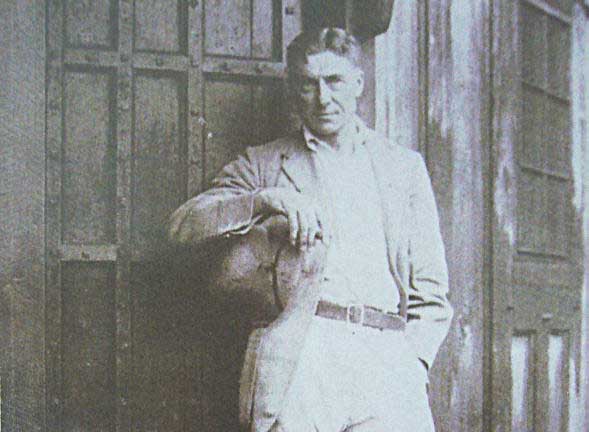 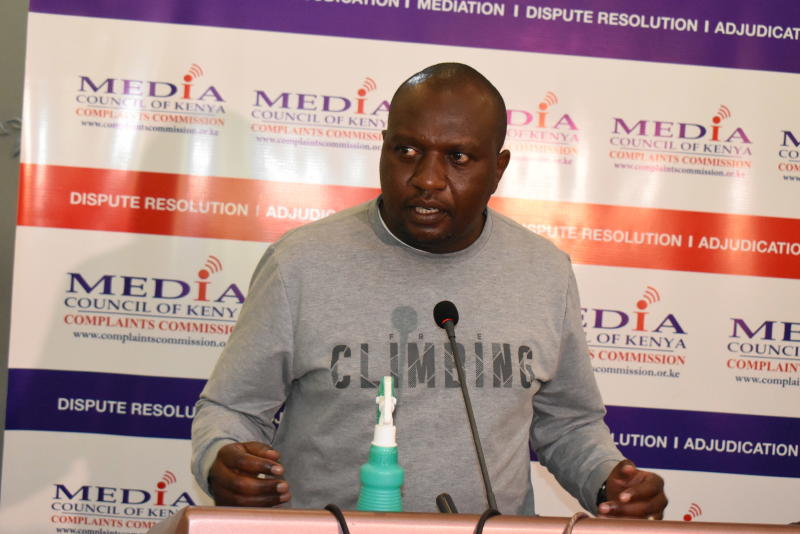 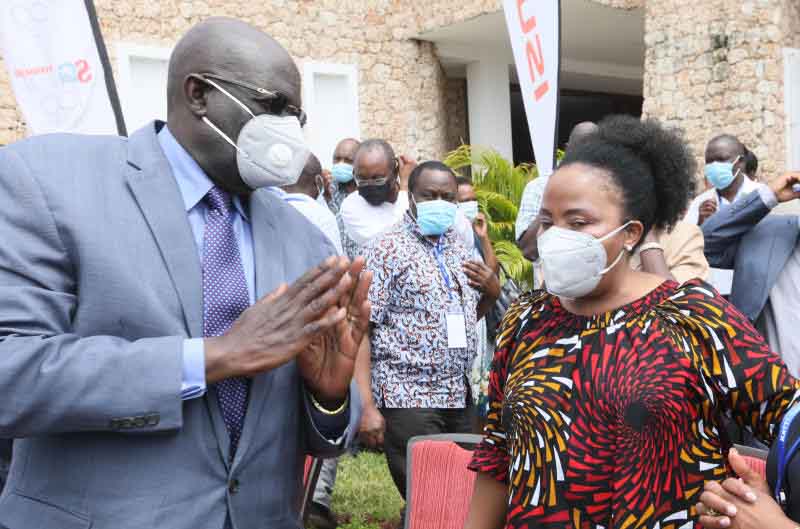 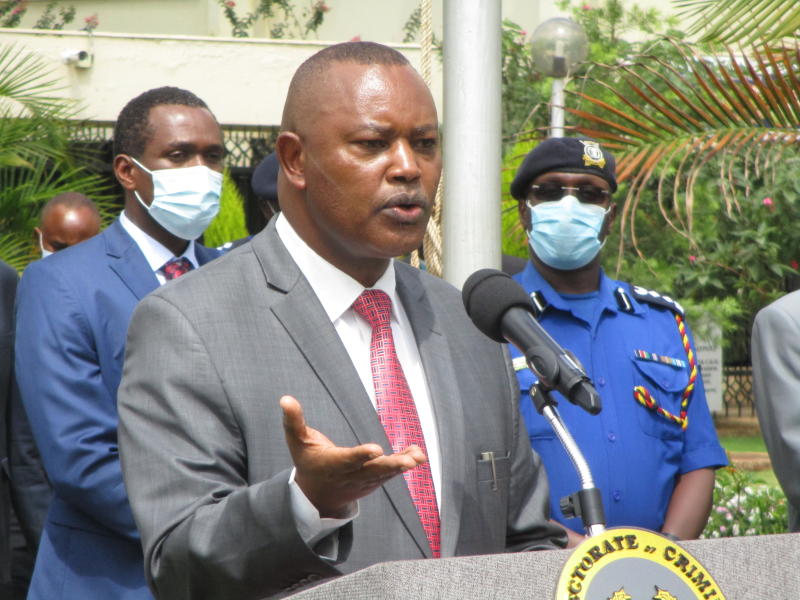