A man and his son jailed for life for harbouring and aiding the escape of Fazul Abdullah, the terrorist responsible for the 1998 US embassy bombing in Nairobi, have been set free.

Mahfudh Ashur Hemed and his son, Ibrahim Mahfudh Ashur, were yesterday expected to walk out of prison after the Mombasa High Court overturned the conviction on Thursday evening.

Lady Justice Adwera Onginjo said in a judgement delivered virtually that the DNA evidence used to convict the two was insufficient. Yesterday, the Director of Public Prosecutions said he will appeal the ruling.

Justice Oginjo also questioned how detectives managed to collect the DNA swabs from Fazul’s wife, son, and daughter to match the one found in his shaver at the house of Hemed and Ashur.

Remembering the 1998 US embassy bombings [PHOTOS]

“Claims that Fazul was in the house of the appellants by virtue of the alleged DNA test in the absence of him (Fazul) having been found falls short of the threshold of beyond reasonable doubt. Therefore, the guilt or otherwise of the said Fazul Abdulla is immaterial,” said Justice Onginjo.

Hemed and Ashur were found guilty in 2019 of being accessories to the murder of 219 people in the embassy attack. Fazul was also linked to the Kikambala bombing of 2002.

Fazul managed to escape the police dragnet sometime in 2007. He was killed in a gunfight at a roadblock in the Somali capital Mogadishu in 2011, according to the reports by the US government.

Hemed and Ashur were in 2019 convicted by then Chief Magistrate Maxwel Gicheru for harboring Fazul in their house in Silversand Estate, Malindi in Kilifi County.

Police had said they recovered a shaver, and a passport photo of Fazul in the home of Hemed and Ashur. The prosecution said DNA test extracted from the shaver and toothbrush test marched the DNA and fingerprints taken from Fazul body after he was killed in Somalia in 2011.

Gicheru, in his ruling, said the two were guilty of being accessories in the 2002 bombing of Paradise Hotel owned by Israel nationals, in Kikambala, Kilifi County where 15 people were killed.

“The accused harboured one of the most wanted terror suspects, Fazul Abdullah. I therefore pass life imprisonment on them,” read Gicheru’s detailed judgement.

Hemed’s wife, Lutfiya Abubakar Bashir, who died on April 10, 2011, was also to be charged.

The two were arrested in 2008 in Malindi and convicted after the prosecution proved that the DNA test found on a shaver and toothbrush marched that of Abdullah.

But in her judgment, Justice Onginjo poked holes in the lower court's decision. She said the evidence by the prosecution left a lot of loose ends that cannot sustain a conviction.

“The appellant's appeal is therefore successful. The conviction is quashed and the sentence set aside. The appellants are set at liberty unless otherwise lawfully detained,” said Justice Ongijo.

She said Fazul’s caretaker would have been in the best position to identify whether the detective took swabs from the right people in the absence of identification documents.

The judge questioned how that was possible without any assistance to identify the family, who were in detention in Ethiopia at the time.

“He did not say who identified the alleged family to him because he didn’t see the identity documents for the alleged wife, and there was no identification for the children. All of them were in detention in Ethiopia,” said Justice Ongijo.

One Kenyan who deserves a street to his name is Raila Amolo Odinga.

With Lake Baringo the only available source of water, residents are at the mercy of the reptiles, a situation made worse by its rising levels.
Share this story 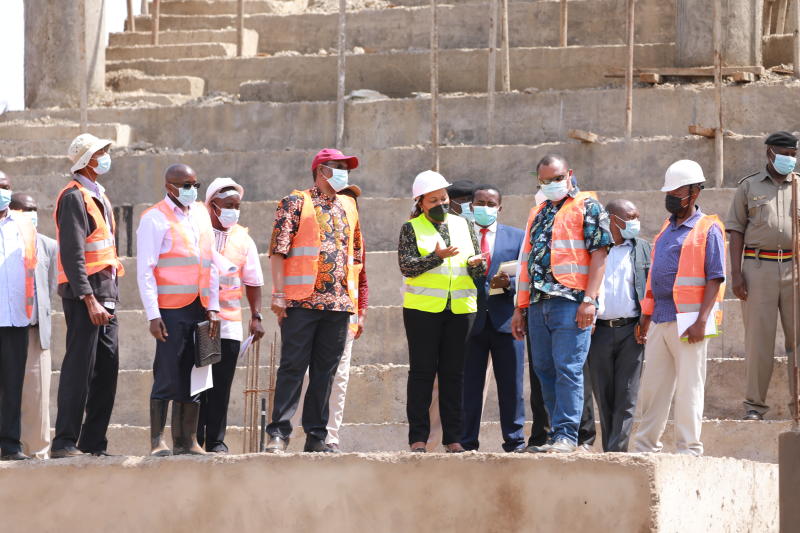 By Jane Mugambi | 25 minutes ago