Mumias Sugar Company was a giant, towering over Kenya’s corporate scene and churning out natural sweetness that controlled the economy and politics of western Kenya.

The company’s employees walked with a strut and for a good reason. They earned good money and fringe benefits in a rustic rural setting - enabling many to invest, own cars, build lovely homes, educate their children in high-end schools and retire in their sunset years with a hefty financial golden handshake.

Everything moved like clockwork: farmers were paid on time for the cane delivered and employees at the sugar factory received their paycheques every month without fail.

The miller was the largest sugar factory in East and Central Africa and controlled up to 50 per cent of the market.

The miller would crush 7,000 tons of cane per day and never ran out of cane since it had 4,494.8 hectares of nucleus under sugarcane, as well as additional cane from contracted farmers. Annually, the miller produced about 250,000 metric tonnes of sugar.

And then come 2013 and trouble started. Salaries were delayed, allowances to employees stopped, and debts owed to suppliers piled up.

Cartels, both within and outside the company, were bleeding its coffers dry. Thousands of frustrated cane farmers uprooted cane and the giant’s once endless financial taps threatened to run dry.

First, the cartels orchestrated the fall of Mumias Out-growers Company (Moco), which used to be main supplier of cane to the miller. When it collapsed, the sugar company inevitably started going down.

Mumias Sugar was an empire in the throes of death. Things spiraled from bad to worse and in 2018, its operations ground to a halt.

“We have never received our pay to date after the collapse of the company and we have spent the savings we made. Potential employers, when they look at our previous salary that we used to earn at Mumias Sugar, they turn you away despite assuring them you are ready for any offer,” said Peter Ndeche, a former employee.

Mr Ndeche said that the ‘ghosts' of Mumias Sugar are still haunting the miller’s former employees since potential employers associate them with failure.

"Are you sure you won’t bring down our company the way you did with Mumias Sugar?" This is the question I am always asked in the over 30 interviews I have attended since I left Mumias. I was in middle management,” said Lindah Khibali.

Ms Khibali said at the time the company went under, she was an assistant production manager in the Front End Department. “I discovered the company was in trouble when we got a pay cut in 2015. All allowances were discontinued, save for the car allowance, which was slashed by half. In 2016, we started experiencing salary delays and later, no salary at all."

Moco CEO Gamaliel Anamanjia, in an earlier interview, said that problems that led to the collapse of Mumias Sugar started way back in 2008.

Anamanjia claimed that the resignation of company senior directors on June 9, 2008, from the board of Moco was strategic and a way of denying them funds for legal redress, since they had stopped remitting monthly interest.

Moco accounts were put under the miller's custody in 1976 on account that the over 77,000 farmers were illiterate. Mumias Sugar used Sh16 million annually for managing Moco accounts. Moco was the main supplier of cane to the miller. When it collapsed in 2008, the sugar company inevitably started going down.

In September 2019, the Kenya Commercial Bank put the firm under receivership and appointed Ponangipalli Venkata Ramana Rao as the receiver-manager. Mumias Sugar hit a dead end.

Mumias Sugar private security guards were ordered to leave the premises and go home. The over 1,500 company staff were also declared redundant. The Capital Markets Authority then suspended the company from trading at the Nairobi Stock Exchange (NSC).

In a report prepared by the receiver-manager dated June 4, this year, Rao stated that Mumias Sugar has an asset base of Sh15.7 billion and liabilities valued at Sh30.1billion.

“The net assets/owners’ equity stood at negative Sh14.4 billion, which implies that the company could not meet its short-term and long-term financial obligations and therefore insolvent,” states part of Rao’s report presented to Senate.

Last year, the receiver-manager placed an advert inviting potential investors who wanted to lease the miller. And last month, several investors sent their bids but the issue has turned into a political contest.

Already, Devki Group that wanted to inject Sh5 billion into the company has withdrawn from the bidding process after protests.

Kakamega Governor Wycliffe Oparanya and other local leaders wanted Devki to lease the miller. But the protestors claimed that the receiver manager wanted to sell the company's assets, which the receiver-manager has denied in his report to the Senate.

“The news of Mumias assets on offer for lease was spread by the media. The receiver-manager never blocked any party from bidding, and all bids received have been evaluated based on the same criteria,” stated Rao, adding that "too much politicking" led to Devki pulling out.

Germany will need to come up with an attacking plan that can work against Portugal today after their...

City Mortuary is the only public funeral parlour in Nairobi. Constructed in 1957, it has been neglected until recently.

By Augustine Oduor | 50 minutes ago

By Sirajurahman Abdullahi | 8 hours ago 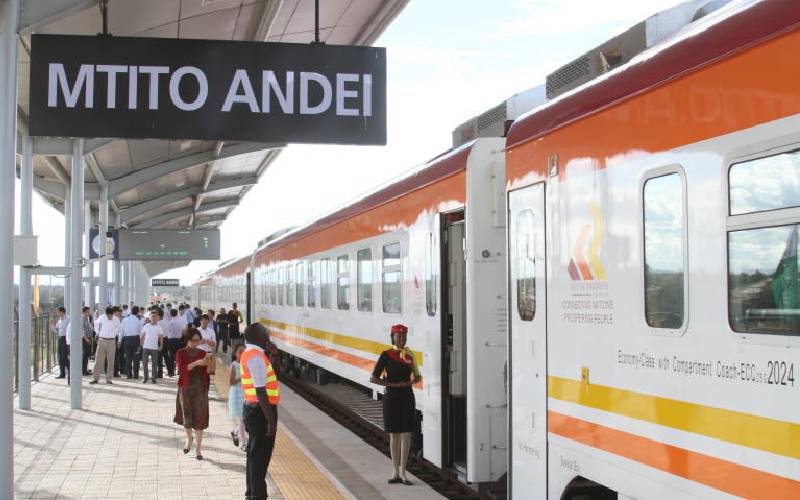