By Mercy Kahenda | 1yr ago 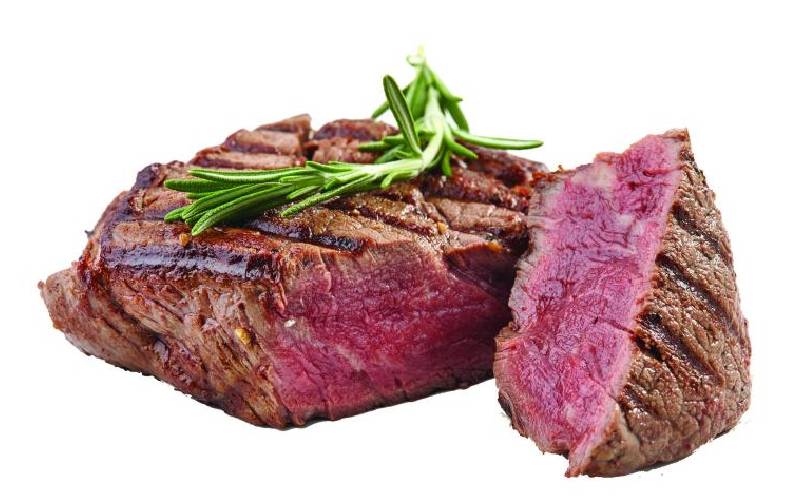 Animal products like milk, eggs and a few grams of meat can supply nutrients that would require consuming large portions of plant-based foods contrary to the belief of most vegetarians.

The United Nations Nutrition, in its latest report on livestock-derived foods, notes that morsels of meat, eggs and servings of milk have 12 times the nutrition quality provided by say, carrots, which are rich in vitamin A and whose deficiency is “the leading cause of preventable blindness and can increase their risk of dying from diarrhoeal diseases and measles”.

The report also notes that ageing adults need certain livestock-delivered foods to preserve memory, bone health and muscle mass as they contain several important bio-nutrients essential for growth and brain development including the amino acids in milk and eggs which have thrice the nutrients in rice and wheat.

Though there is an established link between blood cholesterol and heart disease and eggs contain high levels of cholesterol, the report notes that eggs have not been shown to increase the risk of cardiovascular disease unequivocally as “eggs may even have beneficial effects by increasing high-density lipoprotein-cholesterol relative to low-density lipoprotein, but more evidence is needed”.

Similarly, systematic reviews of randomised controlled trials and prospective studies show that milk or other dairy products have no association with or any positive benefits on reducing cardiovascular risk and mortality, added the report. Eggs and milk are also rich in many micronutrients vital to cell division, growth and membrane signalling, and though milk has calcium, excess intake might lead to obesity.

The report notes that “average meat consumption of European Union countries is around 69kg per capita per year, compared with less than 10kg in sub-Saharan Africa” and the same goes for meat, eggs and milk, which should be an area for concern considering that “animal-source food  interventions among young children aged six–24 months…increased the height” while “introducing eggs early…improved growth, reducing stunting by 47 per cent, and a child’s nutrition biomarker status.”

However, similar to human milk, animal milks are lower in iron and Zinc content but may be more readily absorbed than plant-based foods while processed meat may contain harmful fats if consumed to excess. Nevertheless, scientists revealed that dietary requirements are reported to change over the course of a person’s lifetime, in line with their physiological needs.

For instance, pregnancy and lactation require greater energy and nutrient intake to support a baby’s growth and development, while infants and young children need foods with both a high nutrient density and greater bioavailability.

School-age children and young people, while not growing as rapidly, may also have a high physiological need for nutrients to support neurological, hormonal and other developmental processes that require livestock-delivered food at the stage.

Globally, undernourishment causes stunting in approximately 22 per cent of children.

Supreme Court: In divorce, each person should leave marriage with what they acquired individually
National
By Brian Okoth
31 mins ago
Oga Obinna's farewell to Kamene Goro as she exits KISS FM
News
By Diana Anyango
34 mins ago
US military kills senior Islamic State official in Somalia
America
By AP
41 mins ago
Families demand pay for graves in airstrip project
Western
By Benard Lusigi
1 hr ago
.