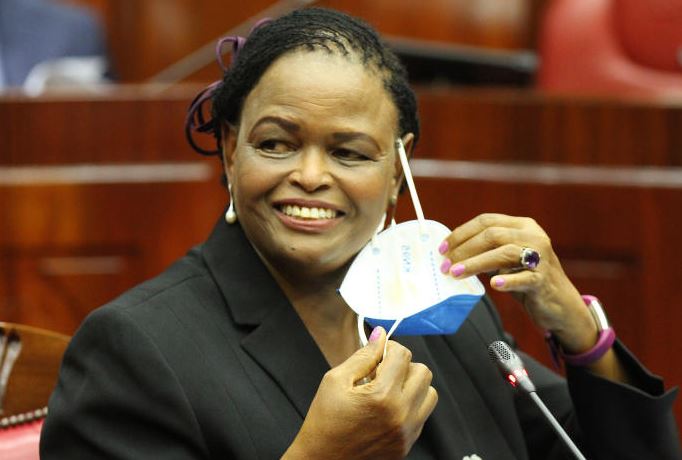 Uhuru made the announcement in a gazette notice dated May 19, 2021.

“I, Uhuru Kenyatta, President and Commander in Chief of the Kenya Defence Forces, appoint- Martha Karambu Koome to be the Chief Justice of the Republic of Kenya.”

Reports also suggest she will be sworn in before close of business today.

In a swift turn of events, President Uhuru’s gazettement comes just hours after the National Assembly unanimously approved Koome’s nomination to the position of Chief Justice.

In the same breath, the Justice and Legal Affairs Committee (JLAC) had earlier recommended her approval to become Kenya’s next Chief Justice.

Justice Koome becomes Kenya’s 15th Chief Justice, and the third under the 2010 Constitution. She also makes history as the first woman to serve in a similar capacity.

She emerged top from a pool of nine other candidates who interviewed for the CJ position last month.

She was selected by the Judicial Service Commission, and her name forwarded to President Uhuru, who then submitted to Parliament for vetting.

During the interviews, Justice Koome told the JSC panel that among her top priorities upon assuming office, was sorting the issue of the appointment of 41 judges by the president.

“We will hold regular meetings with the Executive and Legislature to end the standoff. We must discuss this issue of the 41 judges with the president, find out where the problem is and resolve it,” Koome said.

The incoming Chief Justice Martha Koome has 33 years experience and practised law for 15 years before becoming a judge of the High Court.

She was admitted to the bar as an advocate of the High Court in 1986 and started as a legal associate at Mathenge and Muchemi Advocates until 1993 when she opened her own law firm and became the managing partner until 2003.

Until her appointment as the new CJ, Koome headed the Criminal Division at the Court of Appeal.

By Brian Otieno and Judah Ben-Hur | 9 hours ago

By Amos Kareithi | 15 hours ago

Speakers who were consigned to political dustbins
Feedback