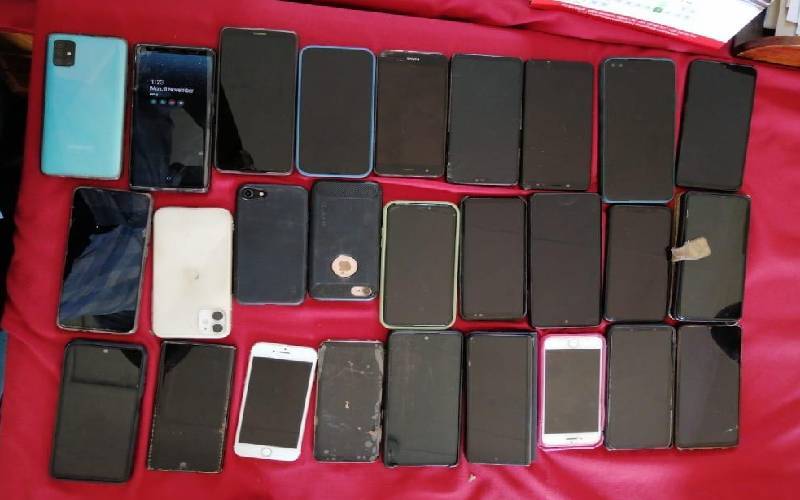 Police in Nairobi have recovered 50 stolen from Nairobians at Ngong Racecourse on Sunday following an operation led by Karen OSC Purity Kobia.

During the operation, police also arrested three suspects behind the mugging from their City hideouts.

Two suspects led the police to their accomplice after being found with over six stolen phones.

Police recovered over 20 mobile phones from the third suspect before another batch of 26 phones were recovered in Embakasi after grilling the three suspects.

“We arrested two people suspects and found them with over six phones, they led the officers to arrest a third suspect and the recovering of 46 phones 20 from third suspects and another 26 in Embakasi,” said Kobia.

The OCS has told members of the public who lost phones to muggers to report to Karen Police Station.

“We have over 50 phones recovered from muggers they are at Karen Police Station. Anyone who lost his or her phone should report to the station.”

How Father Nicholas Stam was starved out of Kisii

Although Father Nicholas Stam had been in Kisii for some years, he had a rough time sustaining the Mill Hill Catholic mission at Nyabururu.