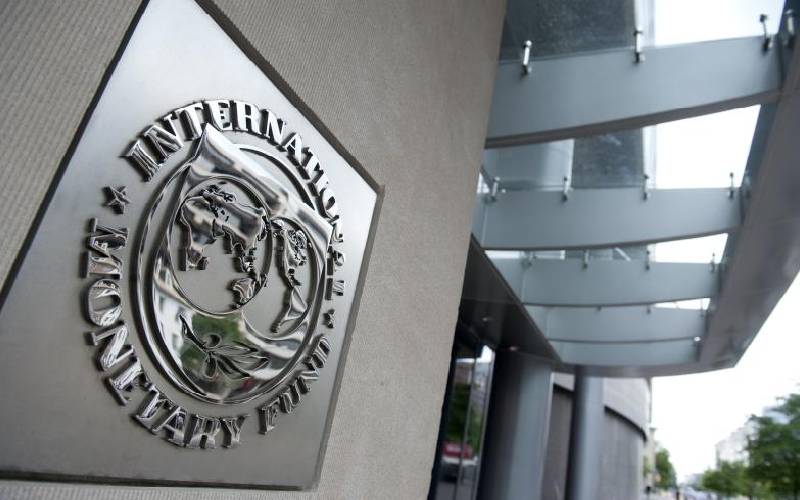 Kenyans online on Thursday, April 22, flooded the International Monetary Fund (IMF) Facebook live broadcast with 'stop loaning Kenya’ comments in a protracted social activism against what they have described as the Jubilee administration's appetite for loans.

The broadcast dubbed The Exchange: Conversation for a better future which featured IMF managing director Kristalina Georgieva and Christiana Figueres ended after 24 minutes with most comments from netizens against the body for loaning the government.

The comment section of the 24-minute long broadcast featured remarks by Kenyans who told the IMF to stop giving Kenya loans.

Kenyans also accused IMF of indirectly funding corruption in the country by giving the government more loans yet the previous ones were allegedly embezzled.

The two were discussing the effects of Covid-19 and climate change on the economy of the various countries.

Kenyans online in early April failed to convince IMF through social media activism to cancel a Sh255.9 billion credit facility advanced to Kenya after over 185,000 citizens signed an online petition seeking to convince the body to stop giving the government loans.

Through a stopgivingKenyaloans hashtag, the citizens said the loans have seen the country’s public debt balloons with little to show in terms of development, a position the government has dismissed.

But experts have said the IMF negotiate with governments and not individual citizens, but added that the petition could see the lender look at the conditions in future when dealing with Kenya

Kenyans have questioned the use of the money borrowed already with the public debt now standing at Sh7.25 trillion bulk of resources from outside lenders while Sh3.4 trillion procured locally

By Ndungu Gachane | 22 hours ago