Havi under fire as Uhuru, Raila allies pitch for BBI 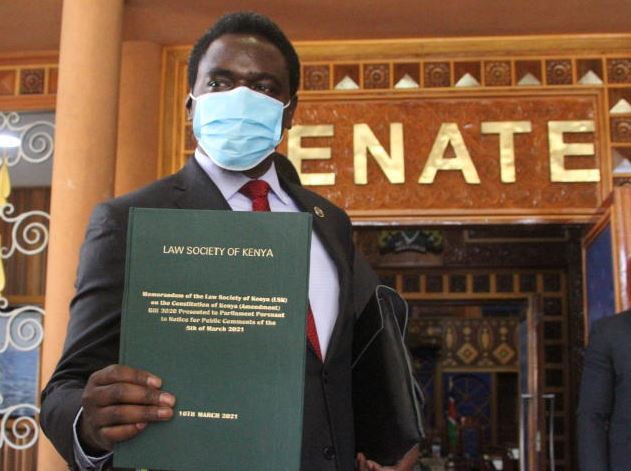 This happened even as various groups in support of the March 9, 2018 handshake pitched for the Constitution of Kenya (Amendment) Bill, 2020 citing various clauses that will ensure inclusivity and more resources to the devolved counties.

Co-chair of the Building Bridges Initiative (BBI) secretariat Junet Mohamed linked Havi to Deputy President William Ruto while accusing him of using the organisation to propagate his personal views.

“LSK is a respected organisation. If your views are aligned to a particular direction, for example if you are aligned to Tangatanga, say those are your personal views. I urge the committee to consider the Bill,” said Mohamed.

At the same time, legislators who are lawyers disowned the LSK memorandum recommending for the rejection of the proposed amendments.

Some members of a joint parliamentary committee tasked with conducting public participation on the Constitution of Kenya (Amendment) Bill, 2020 – who are lawyers – termed the memorandum as Havi's personal views.

The lawmakers said there was no public participation by the society to collect views of its members.

In the memorandum, LSK urged both the Senate and the National Assembly to reject the Bill, saying it was unconstitutional. It is instructive to note that the role of MPs in the BBI is ceremonial since the Bill will still proceed to the people for a referendum whether they approve or reject it.

This as nearly all the other stakeholders that appeared before the joint Senate Committee on Justice, Legal Affairs and Human Rights and Justice and Legal Affairs Committee of the National Assembly drummed up support for the proposed changes.

In its memorandum, ODM cited Article 80 on Leadership and Integrity that seeks effective and expeditious investigation, prosecution and trial of corruption cases.

Budget team chairman says it is important for members to be able to move around city.

Patrick Abachi whose monthly salary at the Ministry of Finance was Sh53,900 fails to prove how he acquired wealth in just five years.