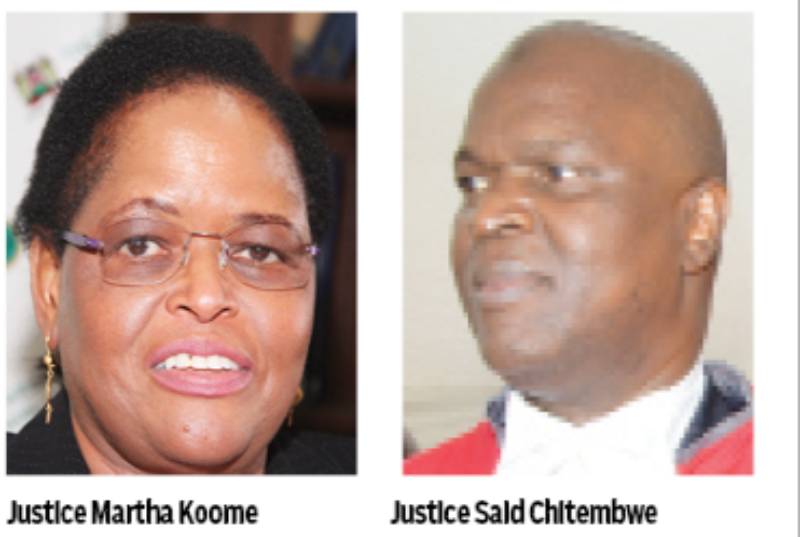 The Judicial Service Commission (JSC) has constituted a five-member selection panel to begin assessing 13 applicants seeking to fill the position of Chief Justice.

The commission embarked on the process as people wondered why top lawyers, legal scholars and senior judges failed to apply for the top judicial job.

It was widely thought that the current Supreme Court judges would top the list of those seeking the CJ’s position, but none of the five judges applied including DCJ Philomena Mwilu who has been acting as the CJ since Justice David Maraga’s retirement in January.

US-based law scholar Prof Makau Mutua, who was expected to make a second attempt at the position, tweeted that he declined to apply because of interference with judicial independence.

Martha Koome has time to craft vision for the long term

“I have been asked why I didn’t apply for the position of Chief Justice. After much reflection, I concluded that as the experience of last two recent CJs strongly demonstrates, it is not possible to be both independent and effective CJ in Kenya,” Mutua said.

According to the JSC, the selection panel will conduct a suitability check for candidates who meet constitutional requirements for appointment as CJ, do background checks and verify all documents from the applicants.

The commission’s secretary, while releasing the names of the 13 applicants on Wednesday, said the team will embark on the assessments and shortlist the qualified candidates within 14 days.

Justice Ouko, 59,  joined the Judiciary in 1987 as a district magistrate and has served in various positions.

He was appointed a High Court judge in 2004 and promoted to the Court of Appeal in 2012 where he was elected as the court’s president in March 2018.

Justice Koome is making an attempt at the Judiciary’s top position after losing to Justice Mwilu for the DCJ’s position in 2016.

Ngatia is seasoned lawyer with more than 37 years experience and represented President Uhuru Kenyatta in the 2013 and 2017 presidential election petitions.

The 64-year-old senior counsel with a Masters degree from Strathmore University was ranked as the top lawyer in dispute resolution by the Global Chambers.

He is known for arguing the case that resulted in abolition of the mandatory death sentence.

Murgor, 59, is a former Director of Public Prosecutions and the managing partner of Murgor and Murgor Advocates.

Murgor has 36 years experience in legal practice and represented the Central Bank of Kenya during the commission of inquiry into the Goldenberg scandal.

Justice Nderi, 58, is a judge of the Employment and Labour Relations court who has issued several landmark judgement relating to employment disputes.

Prof Mbote, 57, was among lawyers who were conferred the rank of senior counsel in 2012. She is a law scholar with PhD in Law from the Stanford University.

Prof Wekesa is the Dean of School of Law at Daystar University. He has a PhD and Masters in Law from the University of Nairobi.

Law Society of Kenya President Nelson Havi, in an interview, stated that they anticipate a bold CJ who can fit in the shoes of Justice Maraga.

All eyes will be on the 10 JSC commissioners as they conduct the process.

In the absence of the CJ, the commission will be chaired by Mercy Deche.

Investigator says Italian government was not involved in negotiations and execution of the facilities’ agreement.

The Kenya Wildlife Service, in a statement released moments after the tragedy, said that the two were a pilot and a passenger.

By Brian Okoth and Winfrey Owino | 1 day ago

Sexual relations with a cousin: What the law says
Feedback