According to sources at the CoG meeting currently underway at the Nairobi's Movenpick Hotel, Wambora who chaired the committee on Trade, was elected as the fifth CoG chairman.

Wambora (pictured below) has overcome tribulations that plagued his first term as governor to head one of the most powerful devolution bodies in the country.

Wambora became the first governor to be impeached in 2014 after the Embu County Assembly accused him of embezzling Sh32.3 million as well as refusing to suspend Lorna Kariuki the then County Secretary over questionable tenders for the renovation of Moi Stadium and procurement of seeds for distribution to farmers.

He was impeached by the County Assembly a record four times in 2014 but challenged the decisions each time in court and warned. 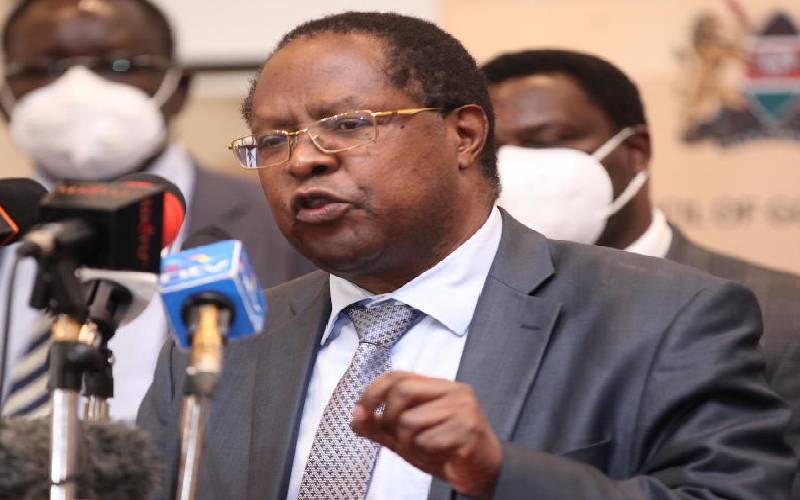 He was re-elected in 2017, but his election was challenged by his opponent Lenny Kivuti, a case that moved to the Supreme Court which upheld his win.

Wambora will be deputised by Kisii Governor James Ongwae who headed the Human Resources, Labour and Social Welfare Committee.

Makueni Governor Kivutha Kibwana withdrew from the race the previous night, citing a possible conflict of interest owing to his presidential bid.

"As a 2022 presidential candidate, I have been advised by my team that serving in the next CoG executive can constitute a conflict of interest. I thank my colleagues for the opportunity to serve as Chief Whip," he said.

Elgeyo Marakwet Alex Tolgos has been elected the CoG Chief Whip, a position that was held by Kibwana while Nyeri's Mutahi Kahiga was elected to chair the Education Committee.

Oparanya was re-elected in his final term in January 2020 after seeing off six other contenders among them Waiguru (Kirinyaga County), Anyang' Nyong'o (Kisumu), Mandago (Uasin Gishu), Mvurya (Kwale) and Nanok (Turkana).

He said the process also includes the University Council intervention and approval before appointment is done.

By Erastus M Mulwa | 3 hours ago

By Gardy Chacha | 18 hours ago