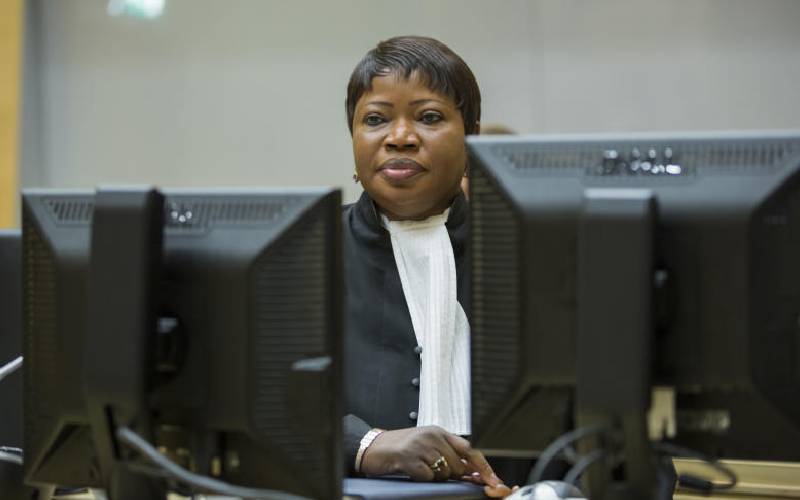 In her submissions on the Kenyan lawyer’s conditional release case, Ms Bensouda says that although she is not opposed to the release of personal items which were confiscated from him upon surrendering to the International Criminal Court (ICC), his mobile phone should be kept by the court's registry as it may contain crucial evidence.

“The prosecution does not oppose the return of personal items seized upon Gicheru's arrest, except for his mobile phone, which the prosecution requests be retained by the Registry pending further submissions by the parties and a determination by the chamber,” the prosecutor says in submissions before Pre-Trial Chamber A. She says the phone might have crucial information that needs to be examined and analysed.

Bensouda submitted that she is not opposed to Gicheru's request for interim release, but urged the court to consider the nature of charges against him, his intention to cooperate and if he will provide financial security.

“Given the urgency of the current request and the possibility that Gicheru may also wish to respond to such an application, the prosecution considers it preferable to set out its full arguments in relation to this request in a separate filing to which Gicheru can respond. In the meantime, the prosecution requests that this item is not yet returned to Gicheru but rather retained by the registry pending the resolution of the issue,” she adds.

Gicheru is, however, opposed to the new application. He argues that Bensouda has not shown why her office would want to have the mobile phone.

According to his lawyer Michael Karvanas, access and analysis of Gicheru’s mobile phone would amount to intrusion of his private life.

The lawyer claims that Bensouda was in a wild hunt for information, hoping to get evidence to pin Gicheru.

“The Office of the Prosecutor offers no compelling facts or evidence warranting an intrusion. Unless (it) provides detailed information in support of its assertions – which may have been provided to the single judge confidentially and ex-parte (which the defence is not currently privy to) – the only reasonable conclusion is that (the prosecution) is engaging in a fishing expedition in the hopes of finding evidence to support the claimed offences against Gicheru,” Karvanas replies.

He also faults Bensouda, saying that in her prayers, she does not indicate who will conduct the test. Karvanas wants the court to reject the application unless the prosecutor provides reasons why she wants the phone.

Meanwhile, the ICC registry has written to Kenya's Attorney General Kihara Kariuki requesting information on what transpired before the Kenyan court since the request for the arrest of Gicheru and Philip Bett for witness tampering.

“The prosecution requests the chamber to order that Gicheru appear in person before it at the seat of the court on a specific date, and then from time to time, to ensure his continued cooperation and to provide the opportunity to enforce the conditions of his release, if required,” says Bensouda.