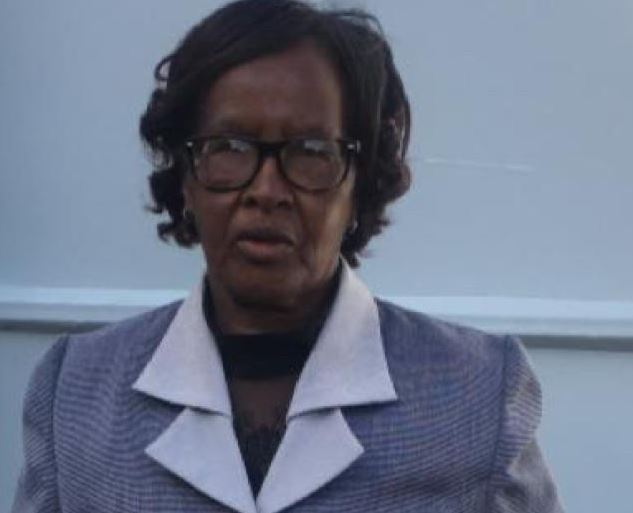 A 75-year-old retired teacher is fighting the battle of her life to salvage her savings after a stranger laid claim to the prime piece of land she has been developing.

Sylvia Kagendo Muriungi (pictured) poured out her frustrations after the man walked into the plot in Mathare North, Nairobi and demolished the multi-storey building she started constructing 35 years ago.

She consequently filed a civil suit against the alleged trespasser, Salmon Ogembo Odhiambo, and obtained orders to have the developer kicked out of the disputed property. But relevant State agencies, she says, have not been keen on helping her.

Kagendo says Ogembo acquired the property through forgery. Ogembo maintains he was allocated the plot in 1993 by the defunct Nairobi City Council and that the documents he has filed in court are genuine.

In her suit filed in July, Kagendo swears that she was allocated the land in 1984 and was to build rental houses under a World Bank affordable housing project.

“When I commenced construction, I engaged Isaya Opiyo Odende as a caretaker to supervise the construction works. By the time the construction stalled, I had gone up to the first floor’s slab level. I then requested Odede to remain in the building as the caretaker,” she says.

According to Edwin Mutwiri, a private valuer she commissioned, the open market value of the plot is Sh3 million and the improvements on it amount to Sh2.5 million.

“The demolished developments comprised an incomplete multi-storey development which was constructed to the first floor slab,” a valuation report reads, indicating that the allotment was a 50-year renewable leasehold which was issued on February 28, 1985.

Kagendo claimed in her affidavits that Ogembo produced an allotment letter showing that he had been allocated the plot after it was repossessed.

The retired teacher contends that she is the legitimate owner of the disputed plot and has attached a letter from Nairobi City County dated August 19, 2020 confirming that she is the rightful owner.

The letter, signed by Assistant Director Site and Service, A Ochola, states: “The said plot, no 2-249 Mathara North is registered under the name Sylvia Kagendo Muriungi and was issued to her by the defunct Nairobi City Council.”

The county government has no records for plot number N.2/249, in favour of Ogembo, according to the letter.

But Ogembo has sworn an affidavit to the effect that he was allocated the suit property on November 23, 1993 and had applied for the lifting of orders directing him to remove his material from the site, because he had not been heard.

While responding to an application that he be committed to civil jail for six months for disobeying the orders that he removes his material and demolishes the building he had put up on the plot, Ogembo stated: “The work involved in demolishing and bringing down the building is enormous that I do not have the courage and the resources to do so. Since the orders were issued, I stopped immediately any further construction as I seek legal remedy to be heard on merit.”

The defendant, who is represented by SJ Nyang Advocates, further denies that he had forged the ownership documents and at the same time disowned an allotment letter filed in court showing that he had earlier claimed to have been issued with plot number 392/2 on August 2, 2001.

Kagendo, who is represented by Muciimi Mbaka, says there was no way Ogembo could have been allocated the plot on November 22, 1993 as he was only four years old at the time, according to his national identity card.

But Ogembo asserts: “The plaintiff has no capacity to prove fraud and comment on matters of investigations whose results have not been made public if at all such investigations are on, which I deny.”

Ogembo will know his fate on December 18, when senior resident Magistrate D O Benja makes a ruling on an application by Kagendo to have him punished for to demolish his building and remove the materials from the disputed property.