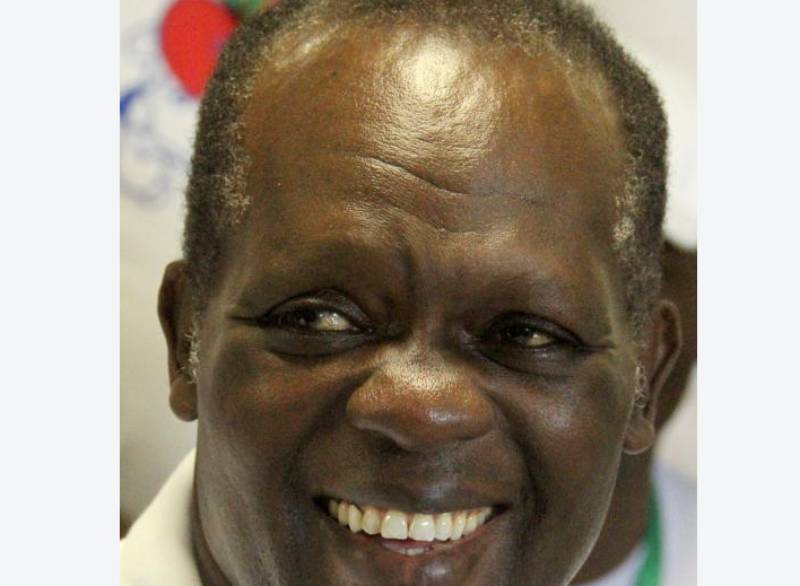 Jubilee Secretary General Raphael Tuju (pictured) yesterday got a relief after the Court of Appeal halted hearing of an insolvency case touching on his business that borrowed a Sh1.5 billion loan from East Africa Development Bank (EADB).

The receivers appointed by the bank to take up Tuju’s company, Dari Limited, will now have to wait for the outcome of the appeal to have the politician and his children be declared bankrupt.

The judges observed that the insolvency case before the High Court stemmed from a UK judgment which the former Rarieda MP argued was defective.

“Unless the order of stay of execution and proceedings is granted, Tuju's appeal will be rendered null,” the judges ruled.

EADB had issued a notice under section 96 of the Land Act, notifying Tuju of its intention to sell his (Dari) property to recover the debt.

The lender argued that Dari directors Tuju, his children Yma Tuju, Alma Tuju and Mano Tuju disobeyed High Court orders requiring receivers to take over Dari adding that they had not also disclosed that Dari had unpaid loan.

In the appeal, Tuju’s lawyers Paul Muite, Paul Nyamodi and Bridgette Ndong argued that the UK verdict which the bank relied on was handled by a judge who shares the same chamber with the lawyer for the bank.

While denying the allegations, EADB lawyers Githu Muigai, Michael Sullivan, and former Uganda solicitor General Peter Kabatsi argued that the politician had lost the battle in the UK, first before the High Court and his appeal.

According to the trio, Tuju ought to have sought recourse in the UK and not a Kenyan Court. EADB lawyers told the court that Tuju was seeking to review the orders of the UK Court.

The court heard that he had not made any payments or showed a commitment to offset the loan.

According to Githu, Tuju participated in the UK case, and was allowed to even fight on appeal.

He argued that the politican is trying to re-open the case afresh in Kenya, in a bid to deny his client an opportunity to recover its

This week, the State agency started searching for a firm to audit construction works during the project development phase.