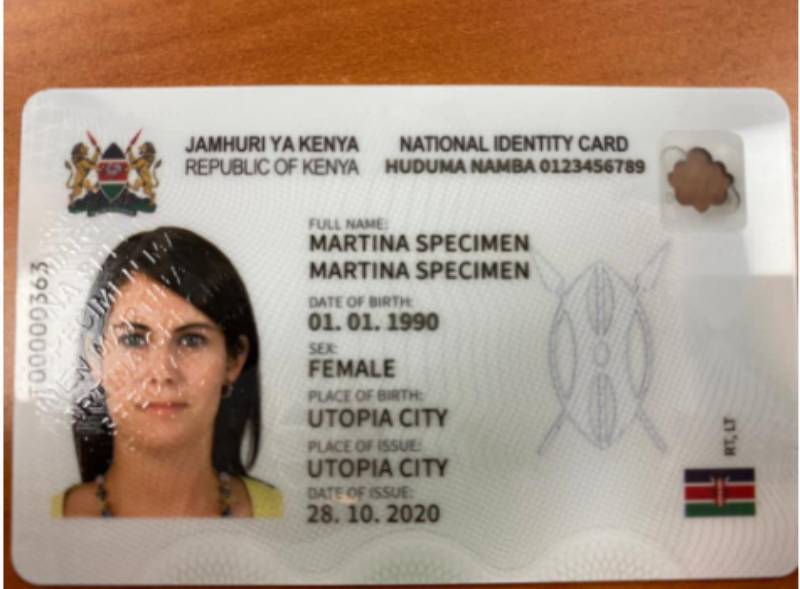 They will instead be replaced by the Huduma Namba cards to be issued from December 1, 2020. One will not access government services without the new document, Mr Mucheru added.

He was speaking from Machakos Golf Club on Wednesday when he presided over the launch of the Huduma Namba cards.

Mr Mucheru said Kenyans will receive a text message notifying them where to collect the new card.

He added that should one receive the SMS; they will be given one month to pick up their cards from the designated centres.

Interior CS Fred Matiang'i also oversaw a similar launch in Kiambu County where he revealed a second phase of mass registration for the card will be rolled out in April 2021.

"There is an enemy called the file which we are trying to get rid of in public service. The days of lost files, long queues and wastage of time instead of providing efficient service to citizens will be a thing of the past," said CS Matiang'i.

The legality of the listing is, however, in doubt after a High Court nullified the Miscellaneous Amendment Act 2018 that operationalised Huduma Namba.

The government said it would appeal the decision.

President Uhuru Kenyatta and First Lady Margaret Kenyatta were handed samples of the new cards on Mashujaa Day, October 20, at the Gusii Stadium in Kisii County.

At the time, the government had held it was ready to roll out the issuance of the cards but was awaiting the National Assembly to approve the appointment of a data commissioner.

Ms Immaculate Kassait has since assumed office with her immediate role being the management of the National Integrated Identity Management System – better known as Huduma Namba.

At least 37.7 million Kenyans have registered for the cards.

This means it will collapse all data into one portal, effectively ending the need to carry multiple identifying documents so as to acquire government services. This what the government has been billing as "one single source of truth."

An individual's biodata, such as name, parents, nationality, education, disability and employment status are captured in the system. It will also store the fingerprints and photograph of the person.

The card will serve as the official government-issued document for the identification and conduct of transactions.

According to the government, the system is meant to facilitate national planning and efficient provision of services to various categories of Kenyans, especially the elderly, school children, the disabled, small and medium enterprises and farmers.

It will also manage and control illegal immigrants and foreigners engaged in criminal activities, such as terrorism, drugs and fraud.

The Interior Ministry has held that NIIMS will help in security surveillance and response strategies as it will ease realising police officer per capita rates across the country.

It added that it will also be able to identify individuals that would potentially pose serious threats to public safety and national security.

You will not be able to vote, pay taxes, acquire healthcare services, applying for a driver's licence, national identity card and birth certificate, sell or buy land as well as operate a bank account without the card.

President Uhuru had warned that those who may not register, will not receive any government services. A stance that has been reiterated by CS Mucheru in Machakos, saying government buildings are preparing for the use of the cards.

And any individual who wants to transact the listed State services without the Huduma Namba will be jailed for one year or pay a fine of Sh1 million while unlawful production of the document will see one spend three years behind bars or Sh3 million fine.

Individuals who give false information or make a false statement when providing information for an entry into the NIIMS database will also face an Sh5 million penalty or five years in jail.