Explain how you got Sh202M or we take it, State tells MP 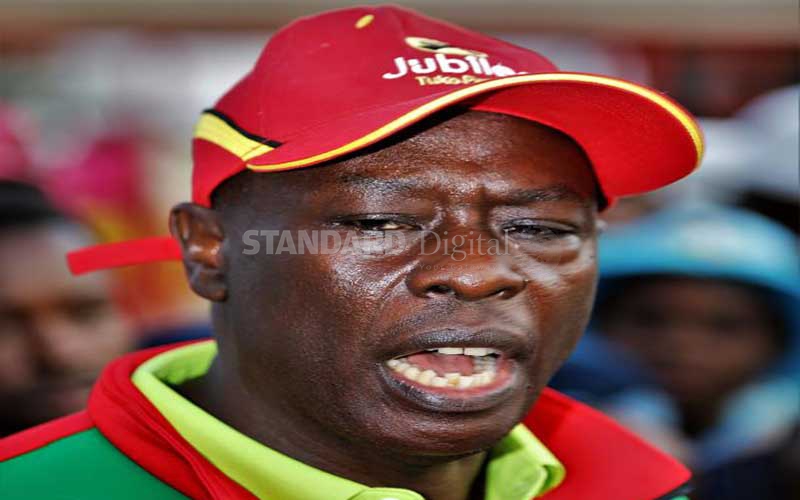 Mathira MP Rigathi Gachagua (pictured) is in trouble after the State moved to seize more than Sh200 million in his accounts.

The Asset Recovery Agency filed a fresh suit against the MP yesterday, claiming that the cash in three separate accounts was acquired through corrupt practices, and should immediately be forfeited to the State.

“We have established that he was involved in complex scheme of money laundering involving several companies which received funds from national government ministries before the money was transferred to his personal accounts,” ARA said.

According to ARA, Gachagua’s three personal accounts conducted a series of suspicious debit transactions amounting to Sh7.3 billion and a total credit of Sh12.5 billion between 2013 and 2020 which they believe are proceeds of crime.

Out of the huge bank transactions, the agency claimed the MP and his business associate Anne Kimemia trading as Jenne Enterprises Ltd cannot explain how they acquired a total of Sh202 million which should be forfeited to the State.

“We want the court to make an order that the above funds be forfeited to the government and transferred to the Asset Recovery Agency. The money are proceeds of crime acquired from illegal transactions which he should not be allowed to enjoy,” ARA said.

Gachagua, a close ally of Deputy President William Ruto, has been having it rough since July when the agency first moved to court to freeze his accounts.

ARA’s application details how the MP, while trading under different companies, would receive millions from different State agencies and transfer them to other entities and personal bank accounts.

“He used the entities as a vehicle to siphon public funds and conducted classic money laundering but tried to conceal and hide the trail of money,” said ARA said.

It claims in two weeks between May 9 and 24, 2013, the MP received Sh64 million in his personal accounts without disclosing the source of the funds.

For years, Nyamira was a drive-through trading centre with no rental housing. Today it’s bustling with life.