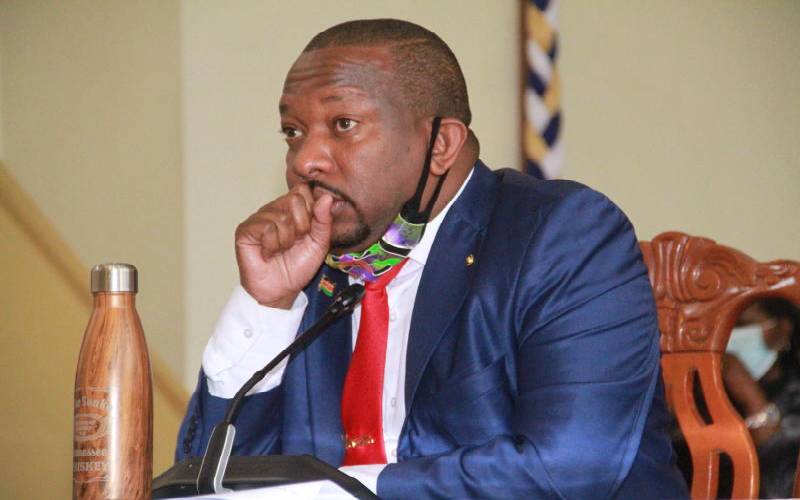 Sonko has even moved to the High Court to challenge the legality of the Deed of Transfer he signed in the presence of President Uhuru Kenyatta, at State House, that transferred four crucial functions to the national government.

But it is the surprise resignation by Nairobi County Assembly Speaker Beatrice Elachi yesterday that deepened the trouble of the capital city as it now leaves it without a substantive speaker, deputy governor and a lame duck governor.

Sonko, who is facing graft charges, was barred by the courts from accessing his office in a development that precipitated transfer of some of the functions, since he has no deputy.

A similar situation faced Samburu County, where the deputy assumed office, while in Kiambu, the deputy James Nyoro, assumed office after the first successful impeachment process of Governor Ferdinand Waititu.

It was on this basis of lack of a substantive deputy that high-level talks convened to resolve the leadership crisis in the city ruled out impeachment of the county boss.

The option of impeachment would have led to an election for there was no deputy to take over for the remainder of the term, as was the case with Kiambu and Samburu counties.

It also meant that the speaker was to act as governor for 60 days pending a fresh election.

But barely two months after the February transfer, Sonko picked a fresh battle with Badi over the running of the city.

The beleaguered politician accused the team of allegedly trying to hijack functions that were not transferred to the national government.

Since then, Sonko has been operating without a deputy, which put him at loggerheads with the Senate, but he maintained his ground that there was no legal framework on the same.

Irked senators accused him of running county affairs as ‘one man show’, without a substantive deputy, executive and speaker.

He also rubbed senior government officials the wrong way, accusing them of undermining his administration.

PSVs to relocate from CBD in phases