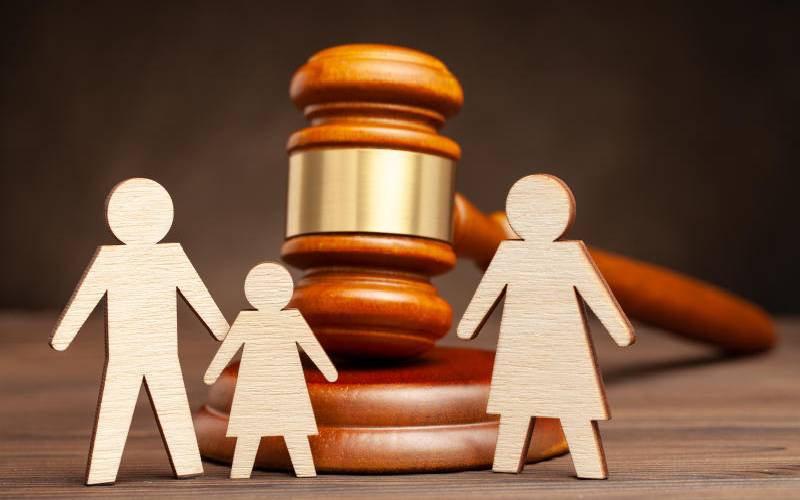 A former Central Bank of Kenya employee has lost a child custody battle against her former husband, and in the process been turned into a fugitive from justice.

The woman appeared to have everything working out well for her, from her career as a lawyer and a child in a top school in the United Kingdom to a husband working in Tanzania’s hotel industry.

But a wrecked marriage threw her life into a dizzying tailspin. Now her child wants nothing to do with her and a London court wants her arrested for skipping bail after she was charged with assaulting her son.

The court battle that has traversed Kenya, Tanzania and the UK has also sucked in the government after the woman claimed that her ex-husband had abandoned their son in a boarding school in the UK where he was subjected to racist abuse with no one to rescue him.

In her petition, she wanted the court to order diplomatic intervention so that she could access the minor.

Family Court Judge Justice Aggrey Muchelule, however, dismissed the woman’s case, noting that a family court in the UK that had barred her from having direct contact with the minor did not breach her rights.

“I find that the petitioner, while aware that she had physically and emotionally abused her child who had consequently persuaded the Family Court in the United Kingdom to find that she was not a fit parent to participate in the upbringing of the child, and while aware that she had run away from the court in the United Kingdom where she had been charged with assaulting the child, brought this amended petition to avoid accounting for these acts against the child,” he ruled.

Court records show that the woman now lives in the US, her husband is in Tanzania, the child in the UK and the fight for custody is in Kenya.

After the divorce, the two signed a parental responsibility agreement in which the woman was to have custody of the child. The deal signed before the Children’s Court in Nairobi also saw the parents consent to share the boy’s school fees and medical insurance, among other expenses.

According to court records, MAK moved to the UK in 2014 to pursue a master’s degree in law. Her former husband agreed that the child should live with her and also study in the UK.

She returned to the High Court in Nairobi in 2015 seeking orders to pursue the man for child maintenance.

The court granted her request and she travelled to the High Court in Dar-es-Salaam seeking to have the orders registered there.

But the court rejected her prayers on the basis that Kenya does not have an agreement of enforcing judgements with Tanzania.

Meanwhile, police and social services in the UK were investigating claims by the man that the child had accused his mother of physical assault and mental abuse.

Following the complaint, the minor became a boarder in school. RMAA would travel from Tanzania to the UK during holidays to spend time with him.

MAK was charged with child cruelty after she allegedly admitted to hitting him once. She was released on bail but skipped court, leading the judge to issue a warrant of arrest against her on July 2, 2015.

RMAA filed a child custody case in the UK, but MAK challenged it, arguing that the minor was a Kenyan and was, therefore, not subject to the powers of the foreign court.

On August 7, 2015, the Family Court sitting in York barred MAK from having direct contact with the child or interacting with him through phone or social media. The order stated it was the boy who should initiate contact.

The orders were confirmed by the Family Court in London on May 11, 2017, with the caveat that the child was not to leave the UK without the court’s written permission.

When MAK’s efforts to regain custody hit a dead end in the UK, she lodged a case before Justice Muchelule. She argued that the orders by the London court were malicious and disregarded the sovereignty of the Kenyan legal system over its nationals.

She also accused her ex-husband of influencing the UK court, a claim he denied.