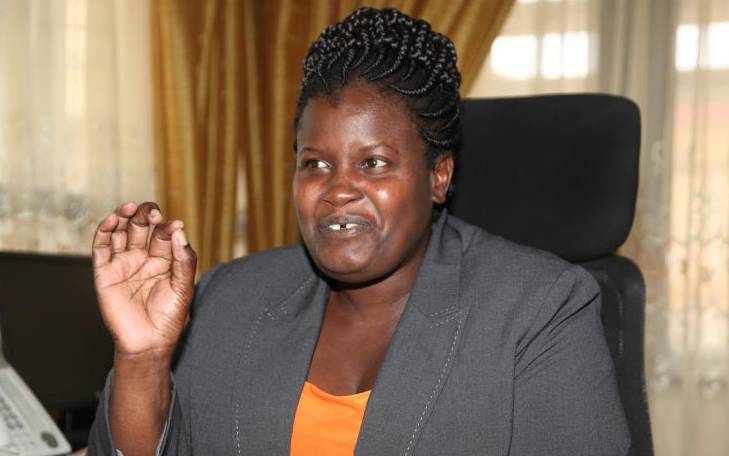 Former Health PS Khadijah Kassachoon (pictured above) completed the puzzle of the Sh63 billion Managed Equipment Service (MES) before a Senate committee, adding to the list of top Ministry of Health officials who knew little of it.

Former Health Cabinet Secretaries, Principal Secretaries, the international vendors, sub-contractors, professional bodies and the former Attorney General contradicted each other on major aspects of the deal to the shock of senators.

However, the Auditor General, Controller of Budget (COB) and Council of Governors (CoG) shed light on the acts of commission and omission by the Ministry of Health officials in the medical equipment leasing scheme.

Auditors revealed that the officials manipulated procurement laws, varied contracts and bulldozed county governments into accepting the equipment without proper consultation between the two levels of government.

In some instances, the witnesses who appeared before the committee were taken to task over the huge variance and the increased allocation but were unable to justify nor defend their actions.

A consulting firm that advised the Ministry of Health to lease the medical equipment has been put on the spot for misleading the government.

Strategic Partnership Associates (SPA) Infosuv East Africa Limited that was picked through a restricted tender, in a consortium with audit firm PKF, carried out a value-for-money assessment that informed the ministry’s choice for the MES programme.

The Kenya Bureau of Standards (Kebs) did not inspect the equipment that were imported into the country.

Kebs Managing Director Bernard Njiraini on Tuesday told the committee that the agency did not have the mandate to test the machines.

Njiraini said his agency had received a letter from then Health CS Cleopa Mailu warning them to keep off the equipment.

The Pharmacy and Poisons Board (PPB) admitted that the equipment supplied to 122 health facilities in 47 counties were neither inspected nor given a clean bill of health before being commissioned.

This means patients have been using renal dialysis machines and X-ray equipment, among others, that have not been certified to be free of medical risk.

Yet to be operational

PPB Chief Executive Officer Fred Siyoi told the committee probing the controversial MES project that they could not test the machines.

“We lack the financial, human and infrastructure capacity to inspect, test and verify the complicated high-risk medical devices coming into the country.

“We were given a mandate, which is not commensurate with our resources, be it financial or human,” Dr Siyoi told the Senate.

The senators were told that some of the leased medical equipment supplied to 30 health facilities in 27 counties are yet to be operational.

According to documents tabled in the Senate, the equipment are lying idle because the Ministry of Health is yet to deploy qualified personnel to the counties to operate them.

When the CoG appeared before the committee, it said some governors signed the document under duress.

“We signed it under duress because the pressure was too much. When I signed it, I didn’t even want to read it because the equipment were already there, they were delivered on a Saturday at night,” said CoG Chairman Wycliffe Oparanya.

The MoUs signed barred any variations, additions, deletions or cancellations of any clauses unless in writing and signed by the parties involved.

The items leased to 98 county health facilities and four national referral hospitals, as part of the theatre and Intensive Care Unit (ICU) equipment, are consumable and disposable kits that ordinarily should have been procured by the Ministry of Health instead of leasing.

And now all eyes will be on the Senate ad hoc committee that has been probing the scandal since last year to tell the country who was involved and who should take personal responsibility.

Sources told The Standard that the committee has retreated to write the report before tabling it for consideration by the plenary next week.

On Monday, the committee threatened Kassachoon that they will implicate her in the Sh63 billion scandal.

The committee chaired by Isiolo Senator Fatuma Dullo warned that it will make far-reaching recommendations after Kassachoon failed to table supporting documents about the scheme.

The committee concluded that Kassachoon’s failure to recall how the deal was mooted and signed, shows the extent to which the project to reap off tax-payers, was orchestrated.

The former PS was the accounting officer and oversaw the signing of the Sh38 billion contracts for the medical equipment programme in 2015 to be supplied to 98 health facilities across the country before the contract was later revised and the figure rose to Sh63 billion.

The amount means each county is deducted Sh200 million annually until 2022 when the contract expires.

When she appeared before the committee yesterday morning, Kassachoon presented what the committee termed as a “vague and shallow three-page document, without annexures” on various queries.

Kassachoon said adequate needs assessment was done in line with the health policy before the project was rolled out.

Interior CS Matiang'i orders the Inspector General of Police to investigate the number of gun holders in the Assembly and disarm them.