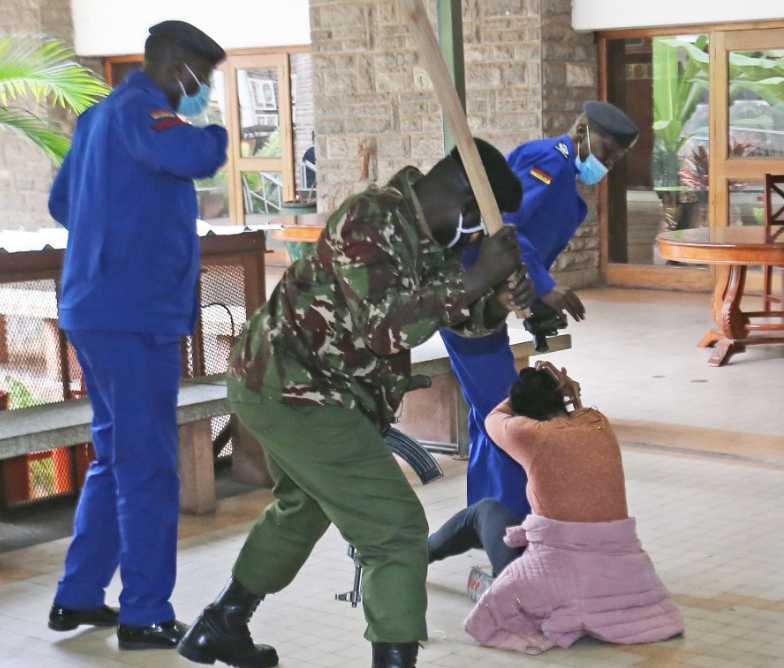 “The Authority has contacted some of the people who were present during the chaos that unfolded at City Hall. This preliminary inquiry seeks to establish the role played by police officers who were deployed at the premise during the fracas in which at least one case of injury to a Member of the County Assembly was reported,” said the statement in part.

During the daylong fracas, the police lobbed teargas canisters on the Members of the County Assembly who had assembled to submit documents to the Nairobi County Speaker Beatrice Elachi.

The chaos saw several people injured including  Mlango Kubwa MCA Patricia Mutheu who was captured by cameras being beaten by four armed police officers. The situation that led to a myriad of criticism on the conduct of the police.

“We want to ask Beatrice Elachi, where she got powers to summon police officers to beat her own fellow women. We must stop the misuse of force by the men in uniform,” lamented Senator Millicent Omanga.

“I have been appointed by the President and in my capacity, I cannot sit back because of the kind of force used against these women only because they are exercising their rights, “added Rachel Shebesh the Gender Chief Administrative Secretary.

"I’m urging Elachi, my sister, stop it. Nobody has ever used the war in politics and won; even if you do, you will never execute your mandate. If you want war, call the men to fight each other but please don't call the police to fight women,” she said.

The leaders had escorted Mlango Kubwa MCA Patricia Mutheu and other MCAs to record statements at Central police Station following the chaos that was witnessed at the City Hall.

By Kamore Maina | 11 hours ago

By Sirajurahman Abdullahi | 21 hours ago